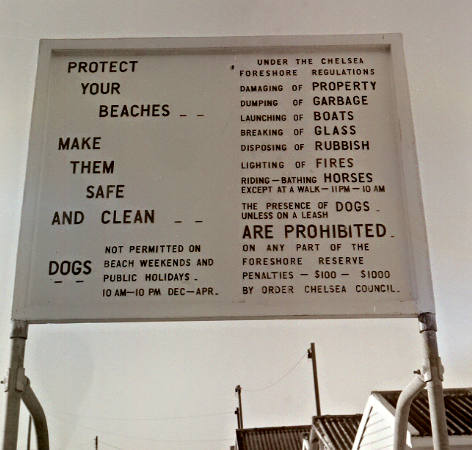 Wandering animals were a bane of municipal authorities for years, often resulting in owners being taken to court and fined. In 1889 the shire council of Moorabbin identified a site for a pound in Cheltenham where animals could be penned awaiting their retrieval by offending owners. [1] A letter to the editor of the Moorabbin News was published in April 1910, in which the writer was complaining of the nuisance of cattle wandering on Charman Road and the Glebe. ‘These animals are frequently noticed marching single file up and down footpaths breaking them up with their split hoofs and rendering it most unpleasant for pedestrians.’ Fifty years later there was still much anguish and also numerous protests from residents about lack of action on the part of Council and how roaming animals were treated.

In 1943 residents were warned that Mordialloc Council intended to take drastic action if dog owners did not show a little consideration by keeping their pets at home. It was suggested owners should prevent their dogs from running loose on the beach and proving an annoyance to people. [2] Visitors to the Mentone beach were experiencing dogs racing up and down the sand chasing seagulls, paying great attention to bundles of swimmers’ clothes and using them in ‘lieu of a perpendicular object’. Something, the newspaper reporter said, should be done to stop this abominable practice. [3] Several well-known local citizens who patronised the beach regularly expressed to him the view that dogs should be allowed on the beach in the early hours of the morning but later should be absolutely banned, leash or no leash.

Cr Dolamore said the provisions under the Dog Act made it very costly for owners of wandering dogs but it was very difficult to police and enforce. Nevertheless, he agreed something had to be done to obviate the nuisance. [4] Late in 1943 a petition received from ratepayers requested Council to tackle the problem. Cr G White suggested court action was the answer. Seizing a wandering dog, only to release it on the payment of a fee, he said was insufficient. Once the dog was seized a summons should be issued to the owner and oblige him to appear at the Police Court. White’s colleagues in Council supported his idea unanimously. [5]

Six months later a local reporter once again raised the subject of wandering animals suggesting it was time someone took drastic action to see that the by-laws were enforced. He stated, ‘There has been a whale of a lot of talk, but the dogs just wag their tails and carry on – and how they carry on! He was critical of the local councillors whom he thought threw in the towel immediately difficulties arose when trying to achieve their objective. He was amazed when the Herald praised in nice heavy type the City of Mordialloc for setting a standard to other municipalities in the way they were handling the problem of stray dogs. In his judgment the Council was doing little more than printing notices, while dogs continued to run wild. When he enquired of the Town Clerk how such a colourful and false story could be published in the daily press he was informed that the Herald reporter had contacted the council chambers asking what the Council was doing about the dogs. He was informed that the Council had had printed notices placed in all shop windows, and the local council inspector and police were patrolling the shopping areas when time permitted. From this bare information the reporter concluded that Mordialloc was doing a good job. [6] This conflicted with the opinion of the local reporter who felt the Council’s officer whose responsibility it was to enforce the by-laws related to animals was too busy completing other tasks. [7]

Cr McBean was not happy with the situation. In Council he asked a series of questions about the work of the Dog Registration Officer. What were his duties? Is his time fully occupied? Is he overworked? He should be going on certain days and at certain times seizing stray dogs. Cr Woods cautioned his colleague not to place all the blame on the Inspector. In his view it was a question of manpower. [8]

More than twelve months later there was another outcry in the local press concerning dogs but this time it was about the methods used by the dogcatcher in the course of his duty. People were complaining about an incident involving the dogcatcher removing a dog from the arms of its owner. The council’s solicitor was consulted and he advised that any use of force in removing a dog from the arms of the owner would constitute an assault. The officer then clarified the matter by explaining that he told the lady that she was going against the law and he asked for the dog. She gave him the animal and he took it. Councillors were satisfied with his explanation and went on to support a proposal by Cr Herbert that the officer take extra precautions and pay particular attention to the main shopping area and the beach. [9] 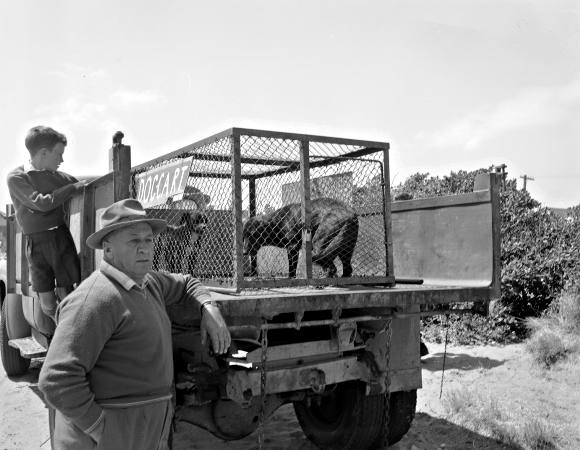 Chelsea Dog Catcher with dogs in cage on the back of a truck,1962. Courtesy City of Kingston Leader Collection.

Today, sixty eight years since Crs McBean, Wood, and Herbert discussed solutions and actions to the problem of wandering and lost animals, the Council has drafted a comprehensive set of regulations concerning the care of pets and the times and places at which dogs may be taken to the beach. There are now ‘off leash’ areas, ‘on leash’ areas and ‘no dog’ zones on a beach which stretches from Mentone to Carrum. Nevertheless, the problem of wandering dogs persists, as in 2012 about seven hundred dogs from the municipality were impounded by local laws officers. The call to owners to take care of their animals persists. [10] 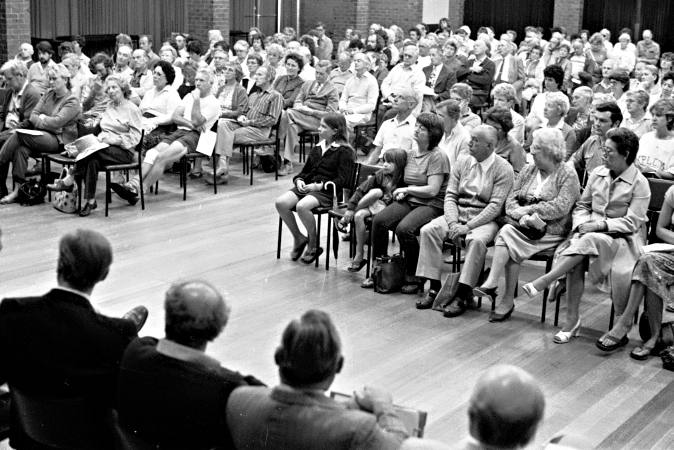