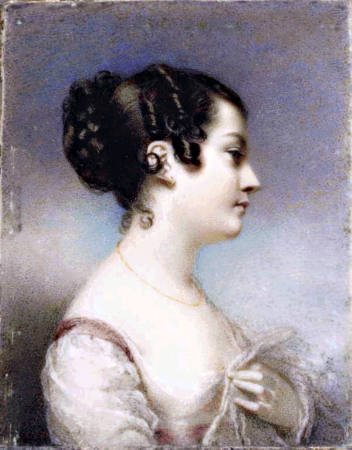 The southern end of the Mornington Peninsula hosts bayside towns that include Mt Martha, Rosebud, Dromana, Tootgarook and Sorrento, all rather attractive names that roll off the tongue. In the midst of these is a place called McCrae, a sharp-sounding name that seems out of place. It is of Scottish origin and belongs to early settlers with a dramatic history.

The story of Georgiana McCrae brings us into contact with a woman of great talent and fortitude, a person who spent only seven years on the peninsula, but who left a rich legacy there and in Melbourne.

Georgiana was born in Scotland in 1804, the illegitimate daughter of George Gordon, who inherited the aristocratic title of Lord Huntly, and who also led a scandalous life of gambling, drinking and womanising. Georgiana received an education, particularly in music and the arts, but, apart from her mother’s care and her grandfather’s help, she was not given any love or respect by her other relatives who looked down on her because she was illegitimate. She fell in love with her Catholic cousin, Peter Gordon, but was not permitted to marry him because her bigoted family members forbade a union with a Catholic. She was courted by another cousin, Andrew McCrae, and reluctantly married him in 1830 when she was twenty-six years old. Georgiana’s family had wealth and Andrew’s did not, so the marriage was to the latter’s advantage. Georgiana found that her husband was a gambler and liked the high life, so she was heading for trouble. But it was a time of male dominance, so she could do little about it.

Andrew McCrae fortuitously met the explorer, Sir Thomas Mitchell, after he had traversed much of south eastern Australia, and learned from him that ‘Australia Felix’, or rural Victoria as we know it, was a place where fortunes could be made by grazing cattle and sheep. Short of money, McCrae decided to emigrate to the antipodes, so Georgiana had to leave her comfortable existence in Britain, where she enjoyed intellectual pursuits, a social life and some income from portrait-painting, in order to undertake migration to the newly-founded colony of Victoria. Andrew sailed to Australia first and then, in 1840, Georgiana with her two young children embarked on the uncomfortable journey in a sailing ship which docked at Williamstown near the small settlement that had been called Melbourne. Andrew McCrae was a lawyer and began a legal practice in Melbourne. When Georgiana arrived she designed a cosy house for the family and called it Mayfield. McCrae continued to lead a wasteful life, drinking and gambling, so his legal business was not successful. He leased a large property near a hill on the Mornington Peninsula that was called Arthurs Seat after the Scottish counterpart. He planned to run cattle and pay off debts with the proceeds. 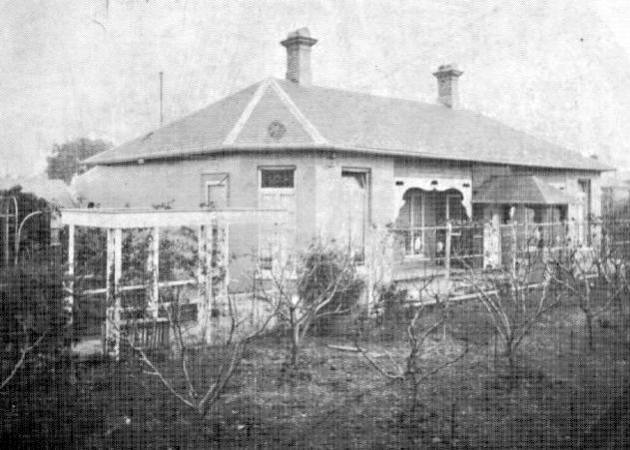 Meanwhile his wife established herself in the new colony during the early 1840s, making many friends including Sophie, the wife of Governor Charles La Trobe. She was devastated when Andrew, deeply in debt, informed her that they would have to live on the country property near Port Phillip Bay because of the need to sell his Melbourne properties. Georgiana designed a small two-roomed cottage and during 1845 the family moved to the seaside. It was a lonely existence, the nearest white settlers being many miles up the bay at rudimentary settlements near present-day Frankston and Mordialloc. Georgiana established a garden and small orchard and continued to play her piano, while she also taught her children English, mathematics, history and geography as well as music. The McCraes were always short of money due to Andrew’s squandering of funds on high living and poor investments. It was only through Georgiana’s regular income from family bequests that kept them going, although Andrew did get some small inheritances too. Strangely, despite the money shortage, the McCrae family elders and her husband frowned on Georgiana’s attempts to earn money through portrait painting where she was extremely skilful and in demand. Nevertheless, she painted regularly, including portraits of Charles La Trobe’s daughters. Andrew McCrae considered it an insult to his role as a breadwinner if his wife supplemented their income.

While she was in Melbourne Georgiana developed many friendships, including a strong relationship with Sophie, the wife of Governor Charles La Trobe. The Governor even asked Georgiana to help in planning his garden around the house at the east of the town that La Trobe had named Jolimont. She often entertained well-off members of the young town, including the La Trobes. When the solid stone Princes Bridge was opened in 1850 Sophie La Trobe was ill and asked Georgiana to accompany the Governor at the official opening ceremony. Interestingly, the celebration of the bridge opening began with Governor La Trobe and Georgiana, together with other notables, assembling outside the Prince of Wales Hotel, not far from the bridge in Swanston Street. We know it better as Young and Jacksons, opposite Flinders Street Railway Station. At the 1850 ceremony Georgiana looked stunning in a black satin jacket lent to her by Sophie, but her husband refused to attend, probably through jealousy over her friendship with the La Trobes. That evening Georgiana attended the lavish Ball where Victorians hailed their separation from NSW as a new colony, and the convenient new means of crossing the Yarra. Georgiana’s diary makes no mention of Andrew McCrae’s attendance at the celebratory Ball. Governor La Trobe later visited McCrae cottage near the bay but Andrew refused to meet him, riding away to a hut he had built for himself near Arthurs Seat for the purpose of avoiding his wife’s company. The marriage was unhappy and when rumours spread that Georgiana was involved in an affair with Charles La Trobe it became impossible to mend. A scandal sheet distributed by trouble-makers worsened the situation. People who knew the McCraes and the La Trobes at that time stated that an affair involving Georgiana and the Governor was extremely unlikely. 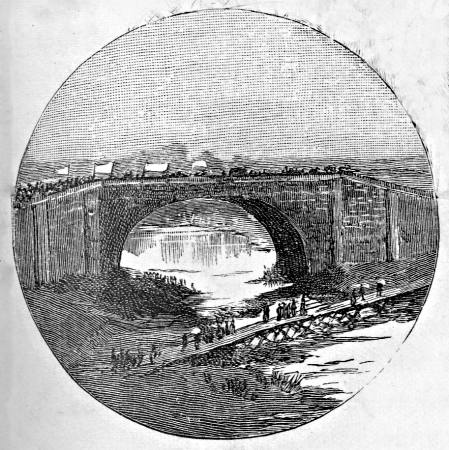 When she settled in at McCrae Cottage near Dromana Georgiana befriended members of the indigenous Bunurong people. She especially enjoyed the company of Eliza, a young Aboriginal girl who spent much time at McCrae Cottage and learned domestic skills from its mistress. Georgiana taught her to cook, sew and perform household chores. The McCrae boys played with Bunurong boys and they taught each other their own respective languages. All this stopped in 1852 when Andrew, in deep financial strife, sold the McCrae property and forced his family to relocate to Melbourne. By then Georgiana and Andrew were living apart but could not divorce because at that time such an action often brought scandal and social ostracism. A legal separation was abhorrent to Georgiana because in the 1850s the man got everything including custody of the children. In any case Andrew returned to Scotland for some years and Georgiana was able to live happily with her children and enjoy socialising with friends.

In 1874 Andrew came back to Melbourne but suffered ill health and died after a serious illness during which Georgiana nursed him through his painful last months. His wife continued to live a contented social life in Melbourne, residing in rented houses or with her married children. She did a lot of portrait painting but at the age of 84 she died in May, 1890.

There is no doubt that Georgiana McCrae was an exceptional woman of nineteenth century Melbourne and the Port Phillip Bay region. She was of aristocratic background and always regretted having to migrate to a rough colonial outpost. But she made the best of it, bringing some culture to the social circles in which she moved. For example, she and Sophie La Trobe conversed in French. She knew William Westgarth, a notable Melbourne pioneer. Georgiana and her son George enjoyed many social discourses with such writers as Henry Kendall, Marcus Clarke and Adam Lindsay Gordon, who was a distant relative. Her generous nature also meant that during her seven years at McCrae she befriended indigenous Australians, not the most common activity of other colonial white people.

It is commendable that those who bought McCrae Cottage on the Mornington Peninsula have allowed it to be used by the National Trust as a reminder of times past and a remarkable pioneer woman.