Mentone Memorial Hall: The Local RSL Plans Its Base 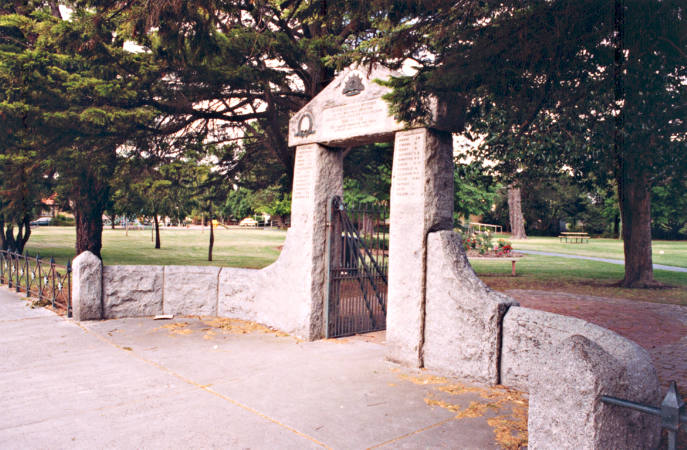 While Australian forces were still engaged in military combat, both in the Pacific and Europe, during 1943 Mentone ex-service personnel, mainly diggers from World War 1, planned to build a hall where functions could be held, as well creating a venue for the club headquarters of the ex-service organisation. Prior to 1965, what we now know as the RSL had the full title of ‘Returned Sailors, Soldiers and Airmens League of Australia’. This was abbreviated to RSS&AILA. (At that time, women were not mentioned in the title) Mentone formed a sub-branch of this Australia-wide organisation on January 7th 1943. Before that date the ex-service personnel generally attended the Mordialloc sub-branch which had a strong following, its members being actively engaged in fund-raising through helping to run the Mordialloc Carnival.

By July 1943 Mentone’s ex-servicemen had decided to create a memorial to those who died in both the world wars in the form of a hall dedicated to the memory of the fallen. The tricky bit was that they had chosen a section of the public park in Mentone for the location of the hall, a piece of land immediately behind the War Memorial gates near Mentone Parade, stretching back towards the Mentone Oval fence.

At this time the Mordialloc Council had appointed a Reserve Committee which supervised the Recreation Reserve and Park. In August 1943 this committee was approached by a deputation from the Mentone RSS&AILA branch which put before them a fully drawn-up plan for the memorial hall. Mr Pritchard, the Reserve Committee chairman, had welcomed the deputation led by Mr Ellis, the ex-servicemen’s sub-branch president. The Reserve Committee agreed to recommend that Council permit the sub-branch to use the section in the park that they wanted, and that they could use it for the duration of the war and five years after. A temporary hall could be built if they so desired. Cr Harry Edwards and some members of the Reserve Committee publicly expressed their support for the RSS&AILA scheme and that group’s chairman, Mr Ellis, went home happy after Council approved the plan he had put forward. Cr Harry Edwards had moved the motion to grant permission for the servicemen to use the park and Cr Alf Emerson was the seconder. [1] Other Councillors, including Dolamore, as well as prominent Mentone businessmen, Lannan, Peterson and Pepper, lent further support to the ex-servicemen’s plans that initially included a billiard room, library, and a concert room. By late August 1943 the hall was about to be built and volunteer ex-servicemen had done some preliminary clearing work in the park.

The Mordialloc City News editor gave prominent space during the weeks when this matter was under consideration but there was an immediate negative response to the building being sited on parkland in the centre of Mentone. [2] Suddenly opposition to the plan grew when it became obvious that the ex-soldiers had started work on building the hall before the matter had been approved by Council. [3] Several Councillors and the Town Clerk expressed concern and on a motion by Cr Pearce, seconded by Cr Dolamore, the Council passed a regulation to prevent further work on the hall until the lease and other matters were finalised. Councillors Herbert and White also commented on the need for a proper legal agreement to be in place before any more work on the hall occurred. [4]

There seems to have been a drastic change of mind by Council members, probably because members of the public, despite sympathising with the ex-servicemen, did not want to lose parkland which was already quite small in relation to Mentone’s area. The hall was built over the next two years, but not in the park. By February 1944 the Mentone sub-branch of the RSS&AILA had temporary quarters in Balcombe Road, on the northern side opposite where Woolworths-Safeway is now. [5] 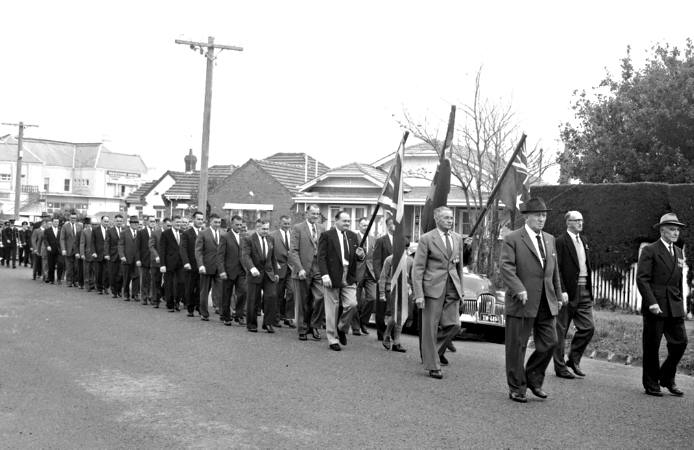