From the 1910s through to the 1930s some communities formed progress associations to agitate for and advocate improvements to their facilities and services. Mentone, Mordialloc, and Parkdale, as well as Cheltenham, Aspendale, Edithvale and Chelsea all had their progress associations. They argued with the local and state governments for the establishment of railway stations, the creation of new municipalities, improvement in train services and the provision of cheaper fares. They flourished for several years supporting and agreeing with the purchase of land to create parks, the need to control the evil of sandpits&coma; the erection of a band rotunda on the foreshore and the construction of footpaths and roads, In addition, they debated whether playing sport on Sundays should be permitted on Council managed reserves. 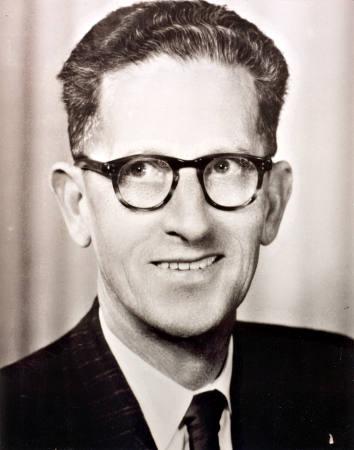 By the early 1940s many of these progress associations had ceased to exist. With the declaration of war against the axis powers local needs had become superseded by national ones. Nevertheless, in 1944 a movement, headed by Eddie Trait, the editor of the Standard Newspapers, was pushing for the establishment of a Citizens' League across the Mordialloc municipality. Interest was aroused with articles placed in the local newspaper pointing out the advantages of such organisations. Citizen Leagues were for co-operating with Councils, for providing critical but constructive advice, and for raising matters which needed attention. They were not seen as a vehicle to harass Council nor to provide a medium for individuals to set off personal spleen against one or more Councillors. To be successful it was believed that the League had to be representative of all classes, creeds and political parties. Given this&coma; it was expected the League would achieve a vast amount of good.1

The initial response to the call to form a Citizens' League was poor. This, it was felt, reflected the lack of interest in public affairs by the great majority of individuals. 2 Nevertheless, a public meeting was called. The location of the meeting was at the Supper Room of the Mordialloc City Hall, on 16 June 1944, rather than the hall itself with it wide open spaces. The more intimate surroundings of the Supper Room seemed more appropriate to the organizers and perhaps reflected a conservative view of public interest. Detail of the numbers attending was not recorded but they were described as ‘splendid’ in a newspaper report.

Early speakers emphasised such an organisation would enhance interest in local affairs, it would provide education for adults, and such organizations existed in other places. It would be a non-political organisation, one speaker stressed. The good work of the defunct Progress Associations was also mentioned although another speaker, when urging some restraint, recounted the reasons for the demise of the Mordialloc Progress Association. Despite this caution, the motion to create a League was carried unanimously after much discussion. The meeting then elected a provisional committee and charged them to draw up a constitution to be discussed at the next general meeting. Committee members were Trait, Jenkins, Connard, McDonald and Fenwick.3

The draft constitution for the City of Mordialloc Citizens' League prepared by the committee stated that the object of the League was to promote the advancement and progress of the municipality, and with that object, to cooperate with the Council and other public bodies in the interests of residents and ratepayers. It aimed to encourage the development of civic pride and a sense of personal responsibility in municipal and national matters. The League would be non-party political and would not sponsor the candidature of any person for public office. At a subsequent public meeting, the draft constitution was adopted with the addition that debates would be conducted according to parliamentary procedures.4 Then followed the election of the office bearers and committee. &lsqbPresident, Mr E J Trait; vice president, Mr A McDonald; treasurer&coma; Mr T Connard; secretary, Mr L Morris (Coryule Avenue&coma; Mentone); assistant secretary, Mr Colin Fenwick; committee members Mrs C Sambell, Mr R Hogg and Mr W Thomson; auditors Mr Frank Jenkins and Mr Hatfield.]

The first issue the new organisation addressed was the creation of a Choral Society. A deputation led by Eddie Trait saw the establishment of a choral society as an outlet for young people and a means of providing enjoyment for the leisure hours in the post-war period when working hours would be shortened. It was an organisation that returning servicemen and women would be pleased to join was the claim made. The League invited the Brighton Philharmonic Society to give a recital in the City Hall. 5 Subsequently, the Mordialloc Philharmonic Society was formed. 6 Further attention to the Arts occurred at the beginning of 1945 when the League discussed the formation of a dramatic arts group and an orchestra. 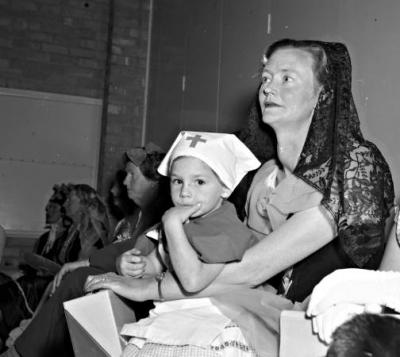 Mrs Jean Botteril and Margaret at the City of Mordialloc Philharmonic Society concert and fancy dress.

Other matters appeared on the League's agendas. The members agreed that everything possible should be done to obtain a piano for the Supper Room of the City Hall which was being transformed into a meeting room. Something more substantial than the piano was the decision to approach Minister Field with a request to take immediate, but temporary, measures to improve the safety of the railway crossing at Moorabbin (Warrigal) Road by relocating the gates at Mitchell Street which were not used. After the conclusion of the war the members expressed the hope that the railway line would be taken under the road, a wish that seventy years later had not been achieved despite community general concerns about level railway crossings. Tree planting was also a campaign issue. The League invited the mayor, Cr Herbert, to convene a meeting to explore what could be done to improve what was an unsatisfactory state of many streets. The desire was to intensify civic pride in the residents. Another environmental issue was the problem of seaweed on the foreshore between Mentone pier and Charman Road. The League expected, because of their efforts, a remedy would be found. 7 An anonymous donor offered a prize for the best essay written by a school student on the topic ‘My Ideas for the improvement of the City of Mordialloc’. 8

Many meetings of the League provided opportunities for members to listen to speakers addressing a variety of topics. Mr Scarborough, one of a panel of architects advising the Housing Commission of Victoria, spoke on the subject of planning and zoning. Other noted speakers were Judge Stretton, Mr E J Trait, Mr R Reid, Mr Walter Galt and Dr R F Shaw. The title of Trait's address was ‘The Inns are Out’. It was a trenchant presentation urging reform of hotel hours, hotel buildings and hotel control. He suggested people were currently accepting the existing situation almost as if it were established by Divine Command, whereas it evolved through enterprising brewery and distillery magnates striving to get the biggest profit. 9 Dr Shaw spoke about the proposed Cheltenham-Mordialloc Hospital while Walter Galt, Mordialloc City's engineer, explored the notion of a harbour for Beaumaris. While he said he had not lost interest in developing Mordialloc Creek there were no mooring sites available there. He saw the Beaumaris option as the most suitable site on the eastern shore of Port Phillip. His plan envisaged the reclaiming of land which would be used for a parking area, a road being built to lead down to the shore from Beach Road and the erection of a breakwater, kiosks and club houses. 10 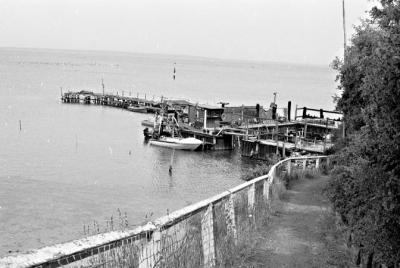 There were some discordant voices in the community concerning the existence of the Citizens' League. These voices were described in the local paper as ‘the mutterings from a few garrulous incompetents, who have never done one worthwhile thing for the city or the people in their lives.’ 11 The belief was that a few individuals desired to bring the League down through the creation and spreading of a rumour that the organisation was being used for political purposes. Specifically, the story was that the president and editor of the local newspaper, Eddie Trait, was using the League to gain election to Council. Responses published in the local paper stressed the non-political nature of the organisation but went on to say that while the League did not run candidates for election to Council this did not prevent members who have the interest, ability and inclination from offering to serve their fellow community members. If they chose to do this they would not receive any assistance of any kind from the League.

While at the beginning of 1945 the League had almost 100 members there was disappointment expressed by some that their numbers were not larger given a population of 10,000. Frequently comments appeared in the local press urging citizens to attend meetings and join the League. The belief was that anyone interested in the progress and welfare of their community should be members. After all, the League's motto was ‘Advance Mordialloc City’. Nevertheless, despite this disappointment there is no doubt that the Mordialloc Citizens' League under the leadership of E J Trait had achieved some remarkable outcomes for the community in its short existence.

In the post war era people failed to support the League and it disappeared from the social landscape. Perhaps people got tired of attending meetings or working for the League, and saw other emerging organisations with objectives more in keeping with their own priorities.