In the middle decades of the twentieth century Ben Kavanagh was a name familiar to most people in Mordialloc. His involvement in many areas of the suburb’s life earned him great respect and the friendship of many locals.

It was football that first brought Ben Kavanagh into prominence. In the late 1920s Ben played a couple of dozen games in the VFL with Essendon and then North Melbourne before he joined the Mordialloc Football Club in 1931. He played for ‘The Bloods’ for three years. Ben was a skilful player who could kick with either foot and stab pass accurately to forwards from his flanker position. In his first season at Mordialloc he captained the side and won the Federal League’s best and fairest player award for the whole competition. Because of a long-term ankle injury Ben retired from playing in 1934 and became an umpire for the junior competition, a move that signalled his lifelong interest in fostering the participation of youth in healthy outdoor activities, especially football. In his role as a mentor for local youth, Kavanagh used his natural sporting talents to teach young people how to join in with others and behave in a competitive but fair way. Ben became a local idol for young men who noted that he also captained the Mordialloc cricket team during the early thirties.

For twenty-five years Ben coached Mordialloc under age teams and in 1965 the South East Suburban League began to award the Ben Kavanagh medal for the underage player who gained the most votes for the season. Over the years Ben coached hundreds of players, but he said that Noel McMahon who later starred in Melbourne VFL premiership teams was the best of them. Ben believed that sporting teams kept young men away from undesirable activities elsewhere, and many local youths have Ben to thank for their participation in teams that gave them a healthy interest in life. 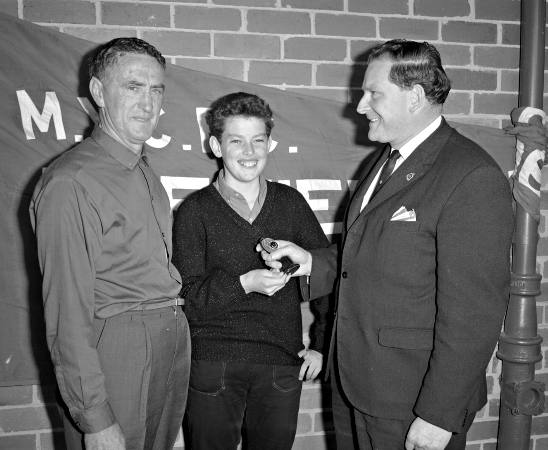 Away from the sporting scene Ben was a tireless community worker. He worked to raise funds for the Mordialloc-Cheltenham Community Hospital, the Half-Way House, The City of Mordialloc Benevolent Society and the St Vincent de Paul Society. He also became a Probation Officer, a role that brought him into contact with young people who were at risk. Ben’s sensitivity to the insecurities of some young people meant that he could help many who had been in trouble. He helped in the foundation of the Mordialloc Youth Centre in 1976 and in that year the Mordialloc Rotary awarded Ben its inaugural Annual Citizenship Award for ‘selfless devotion to community service’ 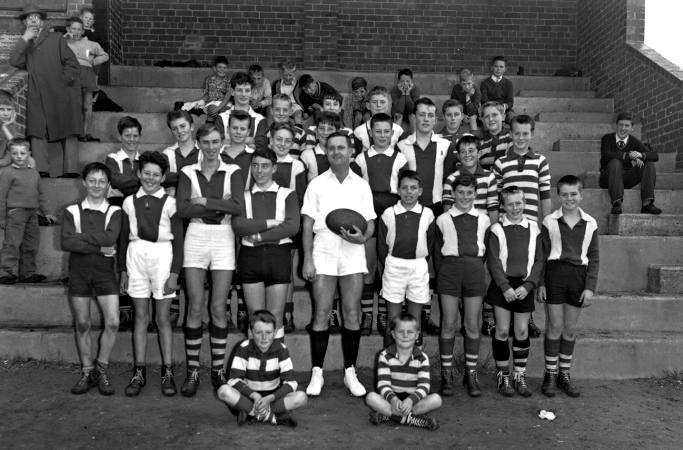 Ben Kavanagh suffered a heart attack and died in 1978, aged seventy-four. In 1980 the Mordialloc Football and Cricket Oval was named the Ben Kavanagh Reserve, an honour that was very appropriate in recognising Ben’s contribution to Mordialloc sport for half a century.

Ben married Christina Howes in 1933 and they had five sons, namely Bernie, Kevin (who died before his father), Bob, Terry and Pat. Four of them played football in various Mordialloc teams over many years beginning in the 1950s. Terry and Pat were later made life members for their services as managers and coaches.

The Kavanagh name has certainly been etched into the history of sport at McDonald Street sportsground and more generally in Mordialloc as a whole.