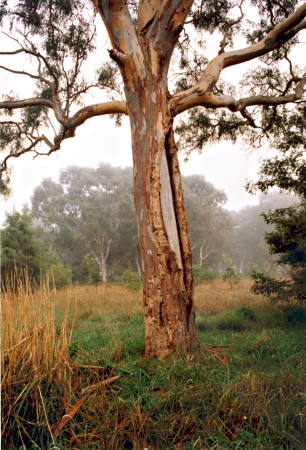 On the 7 September 1861 an Aboriginal woman died at Mordialloc three days after giving birth to a son. She was buried seven days later, together with the body of her dead son, in the ‘native burying ground’ at Mordialloc. (On part of this site the Mordialloc Mechanics’ Hall was erected and later the Alan McLean Hall was built there.) She was named Betsy by the European settlers.

An inquest was held into her death by a jury of twelve men – August Fraser, Noah Martin, Peter Sanders, Robert Owen, Daniel White, Alexander Head, John Cartmell, William Bancroft, Thomas Coppard, Thomas McA Hawe, Robert Ralph and Richard Rowes. After listening to the depositions of Caroline Fraser, the wife of the landlord of the Mordialloc Hotel, A V Macdonald the first permanent white resident of Mordialloc, E Whittenbury, a medical practitioner, and William Thomas the government appointed Guardian of Aborigines the jury reached the conclusions that:

Betsy died from inflammation of the lungs and pleura caused by exposure to cold.

the government should have provided medical assistance, proper food and raiment for the aborigines in cases of illness or accident and the Guardian of Aborigines should be instructed to empower his agents to administer such relief as they consider necessary in cases of emergency and also to direct them to report any such cases to him forthwith.

The doctor, who carried out the post mortem analysis, noted in his deposition that Betsy’s body was exceedingly emaciated but there were no marks of violence. The bones of her left foot were diseased, a condition that had existed for a very long time. There was also evidence that Betsy had given birth to a child two or three days before her death. In addition, there was congestion of the lungs, while the heart, stomach and other abdominal viscera were all healthy. He concluded that the immediate cause of death was the diseased condition of the lungs, and such a situation, he believed, would have been hastened by exposure and want of proper clothing and nourishment. In his view, he thought proper diet, clothing, and medical attention would have prolonged her life.

William Thomas, the Guardian of Aborigines appointed by the government to look after the Mordialloc tribe, said he had known Betsy since she was a child but he hadn’t seen her for about six months He was aware of the problem she had with her foot which caused lameness. With the support of her husband ‘Peter’ he proposed taking her to hospital for treatment but she refused. Usually, he said he visited the Aboriginals once or twice a month but he had only done so twice that year due to an injury that resulted in a paralytic stroke. He had been granted four months leave.

The government provided provisions of flour, sugar, tea, tobacco, soap and blankets to the Mordialloc tribe. These provisions were available to individuals when they asked. Thomas said a pair of blankets was available to each person each year. According to Thomas, stores were sent to Mordialloc on the 20 March but no soap or blankets on that occasion. Although requisitioned in June, a supply of blankets did not arrive until September, after Betsy’s death. The previous supply was delivered in May of the previous year and at that time, Thomas claimed, Betsy would have received her issue.

Alexander Vause Macdonald was the person who distributed the supplies to the Aborigines at the request of William Thomas. He agreed that the last supply of blankets was more than a year before Betsy’s death, but suggested the supply to each individual was one blanket. However, in what he described as ‘special cases’, if a supply of blankets was available he gave out an extra one. Macdonald told the inquest panel that he was not paid to undertake this work. He did it to oblige William Thomas and for the sake of charity. Thomas in his presentation to the jury acknowledged he had never had any complaints from the Aboriginals against Macdonald about serving out the rations. Only recently, he said, had they complained about not getting blankets and for that they had a just cause, but this was not Macdonald’s fault.

Caroline Fraser confirmed that at the time of her death Betsy had only one very old blanket. Five days earlier Caroline spoke to her but she was very ill; fainting and falling down. She was revived with a glass of warm brandy and water. It was then that Betsy made Mrs Fraser understand that she was ‘in the family way’. At that time Fraser realised that Betsy was in labour Eliza, another Aboriginal, made Betsy a miami putting some boughs round her where she lay on the ground. There she remained all night. The next morning Betsy was moved by Peter, her husband, to a more comfortable miami about forty yards from where she had been lying and it was there Caroline Fraser assisted in the delivery of a male child. Betsy’s condition deteriorated. Three days later she died.

Caroline Fraser attributed her death to the cold and the want of blankets. In her view moving Betsy had been a mistake and the reluctance of the men of the tribe to donate their blankets had not helped. William Thomas, who had not visited the Mordialloc tribe for some months, told the enquiry he would have sanctioned Mrs Macdonald giving Betsy another pair of blankets after the birth of the child if they were available.

William Thomas told the inquest that he had no authority from the Government to get assistance of a doctor for the Aborigines at any time. The practice, he said, in the case of an accident or a severe illness was either to take the Aborigine to a Melbourne hospital or to leave that person in the bush without medical attention. The Government had never given any medical assistance in the bush. Betsy with her diseased left foot, used bush crutches to assist her walking. These had not been provided on instruction from Thomas. There was no provision for extra food when a person was ill. Meat was not provided. Neighbours usually came to the aid of ill Aboriginals by providing beef tea or suitable food. Mrs Fraser indicated that after she discovered Betsy’s condition she and Mrs Macdonald provided plenty of nourishment until her death.

Seven days after the jurors had assembled to inquire into the death of Betsy, the same group of men again gathered to hear the evidence relating to the death of her son. They heard Caroline Fraser say that she was present at the birth of what appeared to be a healthy boy. However, the mother would not suckle it on the first day. On the second day the child died. As far as Mrs Fraser knew the child had received no nourishment at all.

Dr Whittenbury examined the body of the seven and a half months premature child. He concluded the child was very emaciated although the internal organs appeared healthy. The cord had been properly tied. His opinion was that the child had died from inanition; exhaustion due to the lack of food or water. Dr Whittenbury thought that the deceased child might have lived if its mother had been able to give it proper nourishment. He pointed out that premature babies of the same age frequently lived although, as he said, ‘under other social circumstances’.

William Thomas claimed in his deposition that he was unaware that Betsy was pregnant. But there was no provision for a pregnant woman either before or after delivery of the child. Nor was there provision for arranging medical assistance to a native woman.

Robert McFarland wrote an angry and stirring letter to the editor of the Argus after reading the newspaper’s report of the enquiry into the death of Betsy and her baby. In his letter he repeated much of the evidence presented at the enquiry. However, he expressed his disgust at the lack of action to protect the lives of the Aboriginals and in the case of Betsy for not providing medical attention, suitable clothing or nourishment. Mrs Fraser and Mrs Macdonald were praised for their ‘exercise of charity and a warm-hearted honest sympathy with a poor woman in suffering.’ McFarland went on to write,

‘We take credit in our religious accountings for ‘protecting’ the remnant of the Aboriginals, and trying to make them Christians, but I fear the items of credit would not bear investigation. We have taken the pleasant lands of these people from them, we have hemmed them in about that snipe and snake country at Mordialloc; we have taught them debasing habits; we have introduced loathsome diseases amongst them … we promise them a blanket every twelve months, but we break our promise, and say the colonial store keeper cannot get the few blankets required between June and September; and this poor woman and her child died from exposure to cold and want of proper sustenance.’ [The Argus, 28 September 1861.]

Stirred by a report in the Argus of Betsys’ death, A Magistrate wrote to the editor describing a wretched case of a poor man living in a miserable hovel in the last stages of dysentery, alone without medical or other attendance. He said he was not aware of any public provision being made for such desperate cases but it was high time that such provision was made. [The Argus, 28 September 1861.]

The government accepted responsibility for the small group of Aboriginals when it established a reserve on the Mordialloc Creek but the enquiry into the sad cases involving an Aboriginal woman and her child showed inadequate provisions were made for their care and welfare. Supply of suitable food and clothing was inadequate. Medical support was absent. William Thomas, the officer titled Guardian of Aborigines, who was directly concerned with the Aboriginals’ welfare, lacked authority to provide essentials in times of need. With hindsight it can be recognized that the respective roles of the Protector and his honorary assistants lacked clarity, and communication between them was inadequate. The situation was complicated further by the fact Thomas was absent for four months without replacement. In addition, communication between the aboriginal community and William Thomas was deficient. While the size of the community had fallen, according to Thomas, from eighty three in 1839 to eleven, twenty four years later, there remained an obligation of government to provide for their care. An obligation that was not met for Betsy and her child.