A Cemetery for Mordialloc 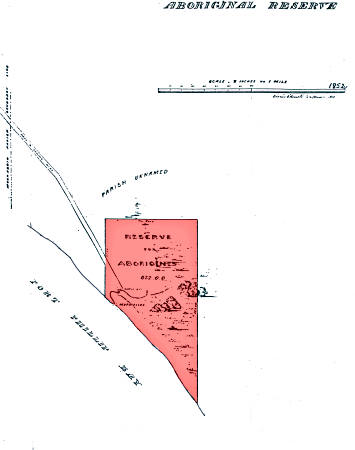 Early maps of the Parish of Mordialloc show an Aboriginal reserve of 852 acres straddling the Mordialloc Creek. Portions of this land were sold at auction on July 1863. The Argus reported only a fair attendance at the sale with many lots being passed in for want of a bidder. Town lots ranging in size of one to three acres had an upset price of £8 per acre with Newman, Owen, Copeland, Francis and Wren being successful bidders. No offers were received for lots 1 to 6 and lots 23 – 26 were withdrawn from sale. The larger suburban lots of 3 to 5 acres had a minimum price of £2 10s per acre. There was one larger lot of 9 acres 18 perches which was bought by John Straker. He also purchased two other lots giving him a total land area of approximately 16 acres. Other purchasers were Robert Owen, Alexander Macdonald and William Coleman. Five lots failed to attract buyers. The purchase of country lots was dominated by J S Parker. With an upset price of £1 per acre he bought six lots totalling 285 acres for which he paid marginally above the upset price. Later, further sales occurred.

A little more than ten years after the initial sales of crown land in Mordialloc a petition was put to the Moorabbin Shire Council that land for a cemetery in Mordialloc should be reserved and that the Council should approach the Minister of Lands to authorize the request. Cr Bloxsidge, a local publican and signatory on the petition, with the support of Cr Robert Keys, proposed that a deputation wait upon the Minister to achieve that goal. As a result of this action the Minister agreed to reserve a seven acre site for a cemetery, part of Allotment 7 Section 24, today known as Bradshaw Bushland Reserve. [1] 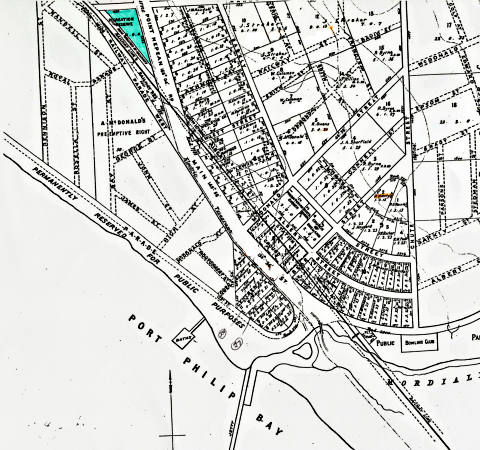 Four weeks later two ‘residents of Mordialloc’ approached the minister requesting he rescind his decision regarding land for a cemetery. They argued that the site was in the centre of town and it was noted on government plans as a public reserve. This latter fact, it was claimed, influenced their decision to purchase their land. They believed a piece of land on the outskirts of town that had been set aside for the burial of Aboriginals was sufficient for the needs of the local residents. The minister, Mr Casey, replying to their arguments pointed out that the request for land for a cemetery had come from the Shire Council and he could not comply with an application made by only two of the residents of the district. [2]

Two days later, on 26 February 1875, in the same newspaper a letter from ‘resident and landowner’ was published. He challenged information in the earlier report. He claimed neither of the two individuals were residents of Mordialloc, as one was a resident of Collingwood and the other of Mornington. Moreover, location of the proposed cemetery was at the extreme north end of the town whereas the Aboriginal burials were in the centre of the town. He pleaded it was the universal wish of local residents to use the land granted as a cemetery as ‘there was not another inch of ground within five miles that is available for burial purposes.’ [3]

On the same day as the letter from ‘resident and landowner’ was published in the Argus a second letter was also printed. H Westley was the correspondent. This letter took the opposing argument; namely the reservation of land for a cemetery should be rescinded. Westley gave his address as Collins Street West in the city but he was the owner of a block of land on the corner of Bear and Chute streets Mordialloc and claimed he had purchased land opposite the proposed site of the cemetery on the understanding given by a member of the Moorabbin Council that the reserve would be ‘ornamental with shrubs’. Now, Westley protested, ‘the councillor wishes to make the addition of tombstones’. In Westley’s view it formed a great injustice to purchasers and residents because a cemetery opposite their doors would be a serious nuisance. To strengthen his case he quoted information gathered from ‘medical men of standing in the city’, that cemeteries in towns are most injurious and should never be permitted in the neighbourhood of dwellings. [4]

Correspondence in the Argus on the issue of the cemetery continued in March 1875 when Cr Alfred W Harston, a Moorabbin Councillor, defended the action of the Council. However he said he was sympathetic to the plight of Westley. If Westley did purchase his block of land on the basis it was opposite an ornamental reserve it was likely, Harston agreed, he had to pay a higher price for the privilege. Moreover, if he was kept in the dark regarding the proposed alteration to the status of the site he would have just grounds for complaint.

A long discussion ensued at the Council meeting on the following Thursday. A petition signed by six ratepayers was presented asking that the decision to create a cemetery on a particular site at Mordialloc be revoked. William Ward, the shire president, spoke against such an action as it lowered the dignity of the Council given that it was only recently that it asked the Minister to reserve land for a cemetery. In addition, he reported he had attended a crowded meeting at Mordialloc that unanimously elected trustees for the site. In drawing attention to the number of people attending the meeting he was implying there was strong community support for the proposal. In his view the situation was altogether ridiculous.

Cr Harston responded by expressing his surprise that the original petitioners cared so little for their town that they were prepared to have a site at the very entrance of their town proclaimed a burial ground. Moreover, he thought the Council had been somewhat hasty in supporting the request of the petitioners despite their numbers. He suggested ‘that the majority had no right to indict a pecuniary injury on the minority … it was unjust for any number of persons, under the plea of benefiting a district, to take measures having the effect of injuring others and depreciating the value of their properties.’

Although Cr Thomas Bent said he had always opposed the use of the land as a burial site, he warned it was not desirable to let the site revert to the Government. Rather should they be arguing the case for its use as a recreation reserve. Cr Box pressed his colleagues to adjourn the matter for one month, giving him time to learn about the issues involved. After that time he suggested he might vote in favour of the revocation of the ministerial decision but if the delay was not granted he would vote against the proposal. [5] A motion to delay a decision for one month was carried on the casting vote of the President. A reporter in the local newspaper, in supporting the ornamental recreation reserve proposal, thought it the wiser option as the Cheltenham Cemetery was quite sufficient for the requirements of Mordialloc whose death rate was about two a year. 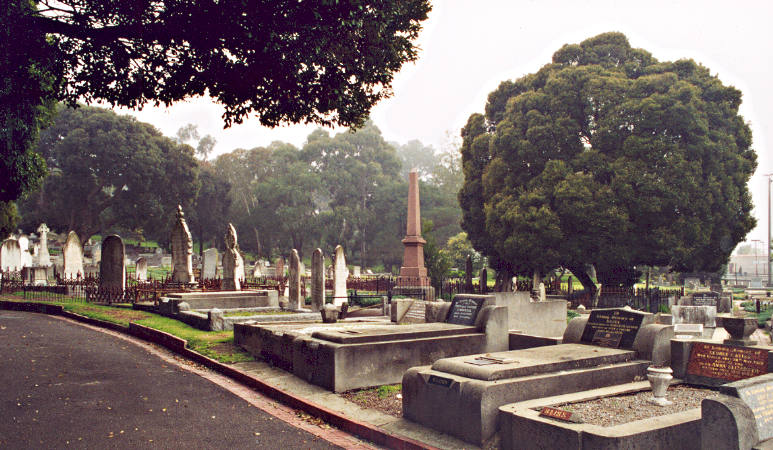 On 11 November 1875 Cr Harston proposed and Cr Etheridge seconded that the secretary write to the Secretary of Lands ‘asking that the proclamation of a piece of land at Mordialloc as a Cemetery be revoked and that the same be gazetted as a recreation reserve or public park the inhabitants of the neighbourhood having reconsidered their wish to have it used for the former purpose such letter to be accompanied by the petition’. [6] Four months later, in March 1876, a further motion was passed at the Moorabbin Council, proposed by Cr Thomas Bent and seconded by Cr Mundy of Mentone, that the secretary apply to the Lands Department to proclaim the reserve at Mordialloc, recently revoked as a cemetery, a Public Park. [7]. 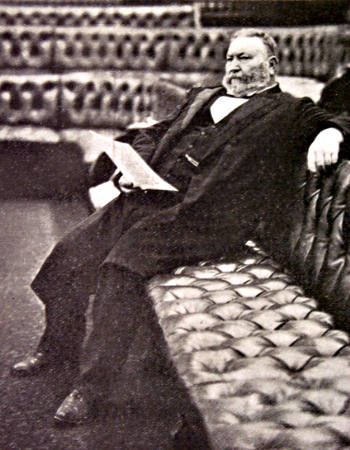 Sir Thomas Bent President of the Shire of Moorabbin and Premier of Victoria sits on bench in Parliament House, Melbourne, 1900. Courtesy City of Kingston, Kingston Collection.

Today, what was a controversial piece of land almost one hundred and forty years ago remains a public reserve known as the Bradshaw Bushland Reserve under the management of the City of Kingston. Although reduced in size as a native bush area, because of the presence of the Frankston railway line, and the multi-lane Nepean Highway, it remains a memorial to members of the Bunurong tribe who lived on the Aboriginal Reserve of which it formed part, and roamed over the district hunting and gathering, generations ago. 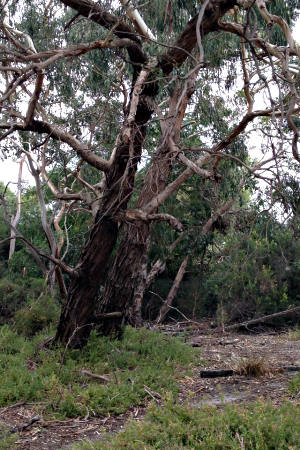