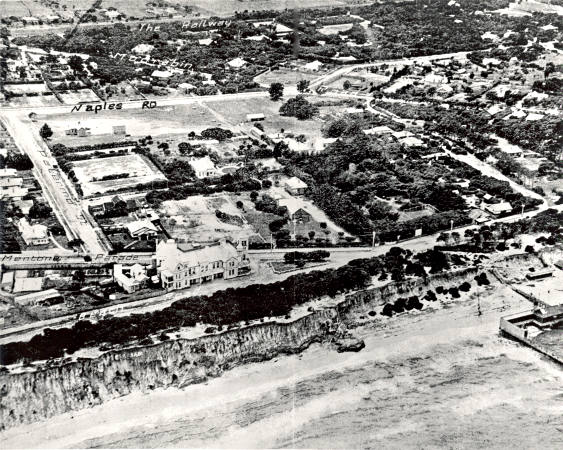 When the De La Salle Order of Brothers planned their new college at Mentone, to be called St Bede’s, they announced the opening would be in early February, 1938. The Order had purchased the old McCristal property that had been used by Mentone Girls Grammar School since the early 1920s. During December and January, prior to the school year of 1938, a team of workers, including some of the DLS Brothers who were to staff the college, laboured for weeks to prepare the property for the expected roll call of about one hundred boys. Some of the boarding students arrived during the week before school classes began and they were enlisted in the work gangs. On 12th February, the day before the opening ceremony, the Brothers, students and the contractors worked hard to put the finishing touches on the district’s newest secondary college, Mentone’s fourth.

Late that Saturday afternoon, the students, hot and tired after their day’s work, began to suggest it was time for a swim down at the beach over the road from the college. Eventually, Brother Lewis McKinnon, who was one of the two men appointed as prefects of the boarders, agreed to take the party of about forty boys to the beach.
Brother Fintan, the other man in charge of boarders, was busy elsewhere and did not go with the swimmers. The group ran into the water near the Mentone Baths and began to enjoy swimming, splashing one another, and the thrill of frolicking in the seawater. Most of the boys were from country districts and the novelty of the beach, the waves, and the salt water quickly revived tired bodies, restoring youthful energy that flowed into light-hearted water games.

After some time elapsed, Frank Quinn and other new boarding students, noticed a member of the group out in deeper water and he was waving his hand vigorously. Soon they realised that the boy was in trouble and seemed to be sinking in the water and panicking. Brother Lewis also noticed the struggling boy and he swam out to him. He reached out and grabbed the arm of the stricken swimmer, but he could not hold him while trying to keep himself afloat as waves rolled over the pair. The boy disappeared into the deeper water. Brother Lewis, tiring from the effort, managed to swim to the wall of the Baths and cling to the timber structure. Eventually he worked his way back to the shallows by hanging on to the Baths and pulling himself towards the beach. 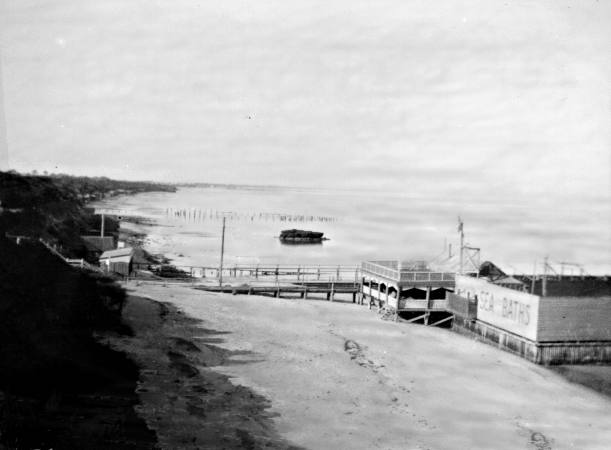 Soon all in the group of new St Bede’s students realised that Leo Boswell, their sixteen-year-old mate, had probably drowned. The alarm went out and other people, including some fisherman who were in a boat nearby, began searching in vain for Leo. After some time a body was noticed being washed by the waves towards the beach bear Seagull Rock. Drastic attempts were made to pull Leo’s body ashore and apply resuscitation methods as used by lifesavers. All of this was to no avail and the police were notified. While Leo’s body was removed from the beach a shocked group of his fellow St Bede’s boarders and many adults, including Brother Lewis, were sadly discussing the terrible event that had happened so quickly and turned the day into one of horror. They knew that, had Brother Fintan been with the swimmers, he might have been able to rescue Boswell, as Fintan was a strong swimmer. Of course that is not certain but it played on the minds of St Bede’s people at the time. 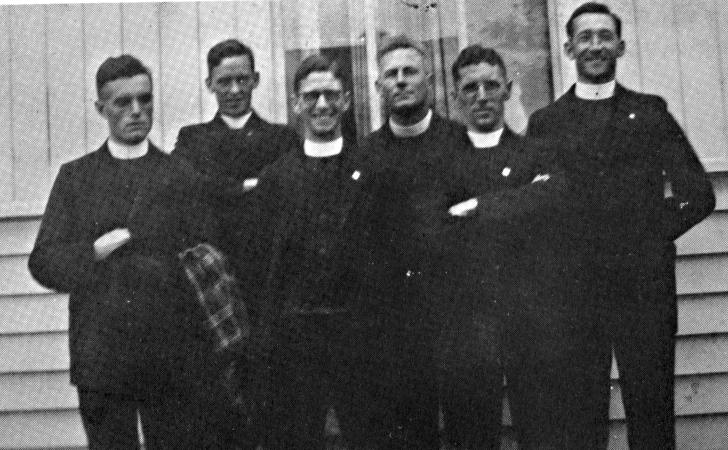 That Saturday evening Brothers and students of St Bede’s endured the traumatic feeling of gloom and despair on the eve of what had been planned to be a day of optimism as the new school was officially opened. The terrible news spread around Mentone quickly that evening, bringing a feeling of shock and also sympathy for the founders of the new college. Father Martin, the Parish Priest at St Patrick’s, Mentone, announced the death in his homily at Sunday Masses the next day, inviting parishioners to pray for Leo Boswell, his family and the new residents at St Bede’s.

Archbishop Daniel Mannix attended St Bede’s on that Sunday to officially open the new college. Of course reference was made to the sad event on the eve of this ceremonial day. The young Brothers, who had been selected to teach at the new college by the Provincial, Brother Benignus, were present, but they remained in the background. They stood by as the Archbishop, Brother Benignus, Parish Priests, including Father Martin, Mordialloc Councillors, along with other invitees, listened to the speeches that were less joyful than when originally planned.

Brother Lewis, pale and drawn, attended the opening, having been given some sedation prior to the gathering. Dr Mannix predicted a great future for the college. He had been very supportive in the establishment of Catholic secondary schools during an era when leaders of the Catholic Church felt that, unless their flock had members who were highly educated, they would be left behind by the Protestants who were in the ascendancy. The new school, despite a modest start with just over 100 students, soon prospered, and is now among the largest secondary schools in Melbourne. For many years the death of Leo Boswell was often referred to at St Bede’s functions. Brothers challenged students to use the opportunity of education to make a success of their lives, an aspiration that Boswell had been denied.

Leo Boswell came from Beechworth in north-eastern Victoria. His family was devastated by the demise of their vibrant young member. Years later, the writer interviewed Leo McKinnon who left the Brothers in 1955, married and lived in Fawkner. He became a teacher in the Technical School system. He said that Leo Boswell’s parents had written to him after the tragedy and expressed their sympathy to him. They made it very clear they had no doubt that McKinnon was not to blame for what happened. As Leo McKinnon recalled these things more than fifty years later, tears ran down his cheeks, signalling the sad burden he had carried through that time.