From Mentone to Mena 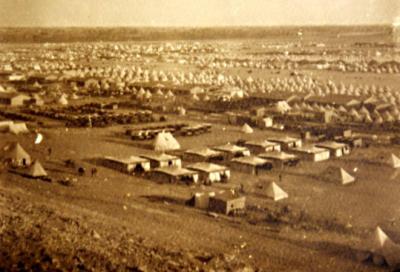 Mena Camp Egypt, 16 km from Cairo where Australian troops were housed in tents and prepared for war.

Lance Corporal Carl Wilhelm Janssen gave his address as 1 Barry Street Mentone when he enlisted at Prahran in August 1914. This was the place that Carl and his younger brother Ernek, would write home to on the long voyage out to the war. Letters were a truly vital link to home and the brothers would write frequently to their family and friends, clearly and colourfully highlighting their voyage and their days training at Mena Camp in Egypt. Their letters have survived, as have some of the family's letters. These are in the National Archives of Australia and they reveal relatives who were desperately trying to find out what happened to the brothers after the 25th April 1915.

Along with the letters that have been kept securely in the State Library of Victoria since the 1970s, the papers of Carl Janssen also include a large number of photographs taken at Mena Camp in 1915. These photographs depict daily life at Mena while the men were training for war. However, on the whole, the photographs taken by Carl Janssen are light hearted and show men who are fascinated by their unusual surroundings and who are revelling in new experiences and new friends. 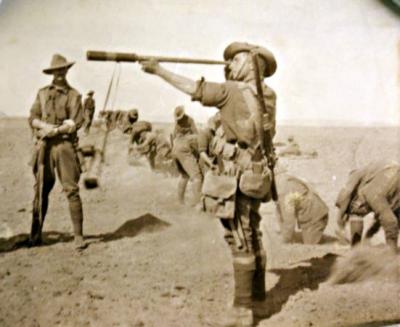 Training of Australian troops at Mena Egypt (number 1 from set of 3).

Some of the boys asked to me join them in getting a camera and me to do the photography. I was delighted and we got a fine little 5 x 4 Kodak 1

This is what Janssen wrote home to his parents on the 30th January 1915. As a member of the etching staff on ‘The Argus’ 2, the others might have thought he would have the skills to capture interesting photos to show the family at home. He joined with a number of men from the 5th Battalion and they shared the negatives, getting them printed when they could get the paper, which apparently was in short supply. The soldiers who chipped in to get the camera were men who had all joined up within a couple of days of each other and were in the same company.

Carl Janssen's photos of life in Mena Camp reflect much of what is contained in his letters home. He was a soldier, but also a tourist in Egypt. His photos are of ‘the natives’, the pyramids and his mates. 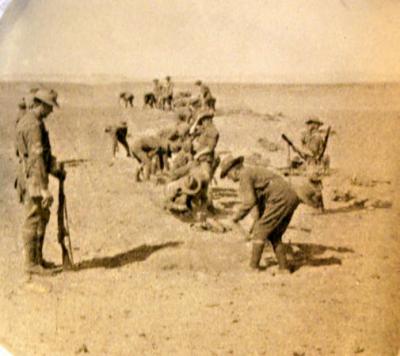 Training of Australian troops at Mena Egypt (number 2 from set of 3).

Janssen's letters are full of detail about how hard they are training and how much marching they are forced to do. In a letter home which was reproduced in the ‘Weekly Times’ in April 1915, Janssen made some comments about the hard routine of daily life in Mena Camp.

This is the routine we had without any exaggeration. For the first three weeks, reveille 6.15am, breakfast 7.00 am, fall in 8.00am, march out about three miles in ankle deep sand with one bread roll a man and one tin sardines to four men for lunch (no variation in diet for lunch and breakfast ‐ bread and jam, one slice per man) return to camp at 4.00pm. Training consisted of skirmishing for about two miles across the desert…..even Sundays were not free. Reveille same time, Church parade 9 to10 am, then a route march over the desert for about five miles…. 3

Following Bean's comments in the newspapers at home in Australia, new routines were implemented, and Janssen describes the changes as, 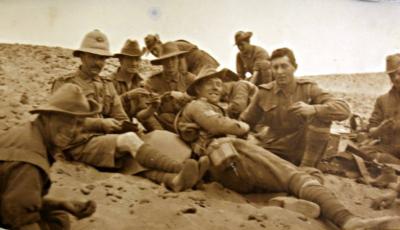 Everybody is light hearted and fit. Our work has been cut out in a sensible manner and is done cheerfully and well. You would not recognise us for the same soldiers who left Melbourne. There is a confidence in the bearing of all which I have not seen in any but soldiers with training… 4

Janssen and the men of the 1st AIF were in the unique position of being able to see the sights as well as training to be soldiers. Janssen writes,

Now that day leave has been granted the men spend their money on trips to the hundreds of interesting places around Cairo… two or three of us have wandered round and poked into all the queer places imaginable. 5 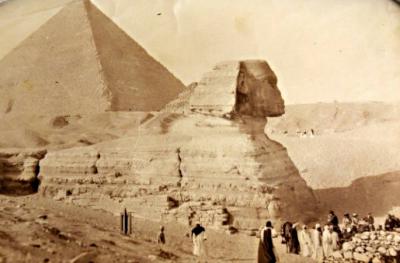 The Great Sphinx visible from Camp Mena where Australian troops were trained for WW1.

He took many photos of his fellow soldiers walking around the pyramids and the Sphinx, and being both shocked and amazed by Egypt and the Egyptians.

In the Janssen brother's papers in the State Library of Victoria, there is a note to their sister Beatrice undated, but titled, ‘In train Easter Monday morning 2AM’

Just a note we are on our way to getting the boats to go away to fight. I suppose you will hear all about us in the papers. We are all glad to get away from Egypt. Carl and I are both well and still in the same company. I will have to chance getting this posted. We will get to Alexandria about 7 am so we will have to get what sleep we can in the train hoping you are alright and Mother and Father also. I am your loving brother Ernek. Excuse scribble. 6 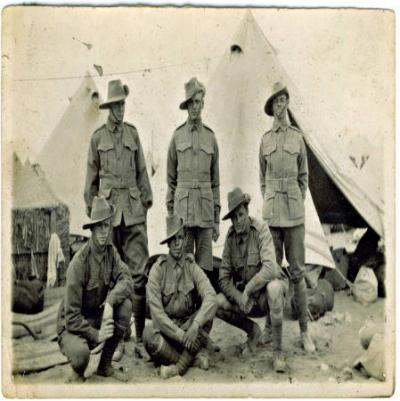 For the owners of the camera, Gallipoli was a disaster as it would be for the whole of the 1st AIF. Of the men in this photograph, Vic Lightbody, Roy McCallum and Clifford Guppy were all wounded at the landing of Gallipoli as they came ashore as a part of the second wave. Guppy was sent home to Australia, as was Lightbody. Vic Lightbody, from Portland, returned to the war after recovering from his wounds. Jack Fulton was presumed killed at Lone Pine on the 26th April. Roy McCallum rejoined his battalion and was sent on to France. He and Meade were both with the 5th Battalion for the battle of Pozieres on the Western Front in July 1916. Meade was killed and McCallum was injured and returned to Australia. Tragically, Carl Janssen was badly wounded by a shell that exploded near his boat as it landed on the shore at Anzac Cove. He died the next day and was buried at sea. Meades' effects were later sent back home to his mother. In the parcel, was printing paper, negatives and photos. 7 Fulton's effects included photos, a film cartridge and a photo album. 8 Strangely, Janssen's effects contained no photographs or letters at all.9

There were no photos taken after the men left Egypt. There were none showing the men on Gallipoli and in fact, the whereabouts of the camera itself is a mystery. It was last seen in Jack Fulton's pack, but was not sent home to his family after his death. 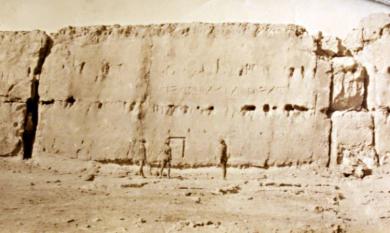 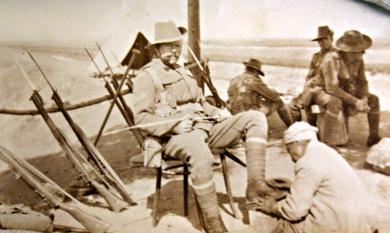 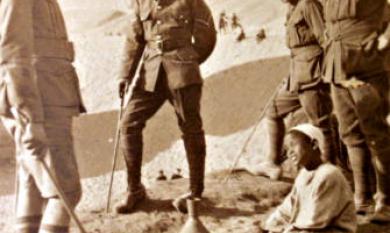 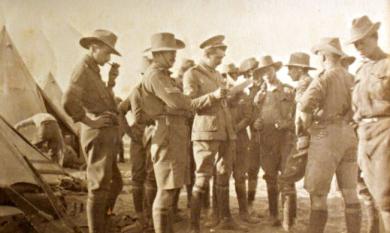 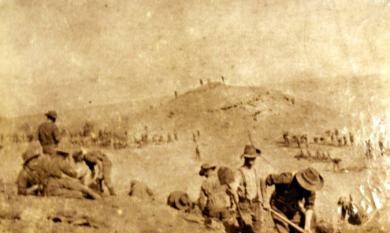