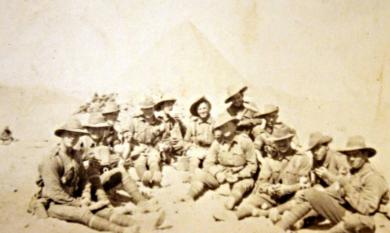 From Mentone to Mena

World War I
Carl Wilhelm Janssen of Barry Street Mentone wrote letters to family and friends about his experiences as a soldier at Mena Camp in Egypt. He also took many photographs. Carl was wounded at the landing at Anzac Cove and died the next day. His photos were sent home to family and are now keep at the Victorian State Library along with his letter. 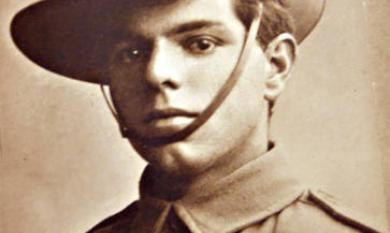 Private Janssen of Barry Street Mentone, of the 5th Battalion at Mena Camp in Egypt.

Margaret and Naja Janssen in the garden at Nessway, Barry Street Mentone. 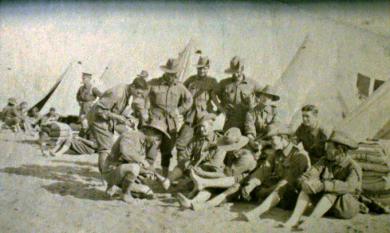 Australian soldiers of the 5th Battalion at Mena Camp Egypt, having feet inspection.