Dispensary for Friendly Societies in the Cheltenham District

In Australia’s early history Friendly Societies were established as fraternal organisations to assist members and their families meet financial and social consequences of illness, unemployment or death. Members paid subscriptions into a common fund, which was drawn upon to support a member in times of need. As part of this service Societies made arrangements with local doctors to attend to their members. Initially many doctors dispensed their own prescriptions but gradually chemists were established and Friendly Society Lodges contracted them to supply medicines. 1 Later this arrangement was abandoned when some Friendly Societies began establishing their own dispensaries. 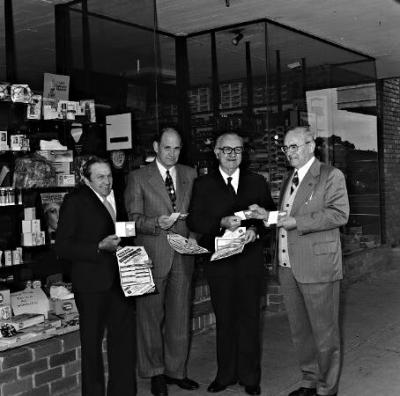 The first dispensary in Victoria was the Emerald Hill (now South Melbourne) Dispensary, established in 1869. 2 The Dispensary in Cheltenham came forty nine years later in 1918. At the time there was some disenchantment with the services provided by arrangement with the local chemist. As in one case, at a meeting of the Sons of Temperance, Moorabbin Division, it was reported that the local chemist had refused to make up a prescription for one of their members and when he was interviewed by their Financial Scribe (Secretary) he failed to give a satisfactory explanation for his action. 3 At a meeting of the Friendly Societies Association it was decided to give the chemist notice that his services would not be wanted after the last day of August 1918. 4 The decision was made in conjunction with the decision to establish a dispensary to service needs of members.

There had been earlier meetings of delegates of Moorabbin Friendly Societies. One meeting in October 1894 met under the chairmanship of Francis Le Page. The participants at the meeting did not discuss the establishment of a dispensary; their attention was on gaining a reduction in medical fees from the medical officers working with various lodges. Lodges represented at this meeting included PAFS, AOF, MUOF, AOD, IOOF, HACBS and ANA. 5 In an article in the local newspaper in 1916 it was acknowledged that there had been agitation for some time to establish a local dispensary and a proposal for local Friendly Societies to affiliate with the Brighton Societies Dispensary had been put forward. However, the idea was dismissed by the correspondent as a false move. He did acknowledge that, but for the war, a local dispensary might have already existed. He suggested no action should be taken until the war had concluded and recommended patience. 6

In 1918 Friendly Societies in the Shire of Moorabbin, from Bentleigh to Mordialloc, each sent a delegate to preliminary meetings to discuss the need to create what was to become the Moorabbin District United Friendly Societies’ Dispensary. The reason they wanted to do this was to ensure the supply of quality medicines to their members at affordable prices. To achieve this goal a dispensary was to be established and operated on a non-profit principle. Capital for the venture was gained by issuing 150 debentures, valued at £1 each and paying 5% per annum. Loans were also raised but were quickly repaid. At the end of the first six months of its operation there were 794 members and by 1927 the number had grown to 1250. 7 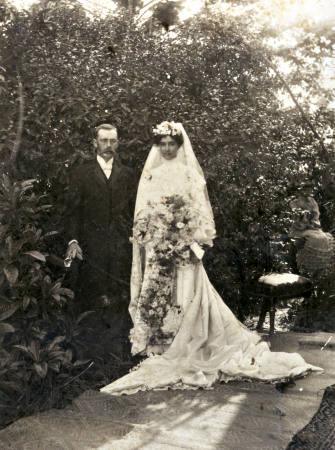 Wedding photo of William Wilson Courtney and Elise Vilolet May Mitchell. William owned the Chemist opposite Cheltenham State School. They had 12 children.

The dispensary was opened at Cheltenham on September 1, 1918 under the management of A McNeil in a rented property adjoining the Cheltenham railway station. McNeil was one of twenty one applicants for the job of dispenser. His references were assessed by the appointment committee as being of the highest order. [There was a suggestion that Mr McNeil was involved in some inappropriate behaviour in dealing with a ‘very shonky sales representative’ involving labeling and discounting associated with sale of the Marne’s Famous Aniseed Cure, but no evidence was presented] The secretary of the new organization was instructed to arrange the registration of the dispensary and to set up depots at convenient places throughout the Shire of Moorabbin. 8 After two years William Wilson Courtney replaced McNeil as dispenser on a salary of £6-10-10 a week with Mr Courtney agreeing to pay £1 per week for the use of the living premises. On 30 July 1921 a lease was signed for the shop in Charman Road at a rental of £78 per annum. 9 In late 1921 a Trust Property Account was set up to enable the purchase of the Dispensary property for £950. The fund was financed by issuing members’ debentures amounting to £952 plus a loan from Mr J Tilley of £420. The Dispensary paid rent to the Trust of £6-10s per month from 1 January 1922. 10 The next year the idea was broached about a sub-dispensary at Mordialloc but the legal validity of the proposal was questioned by the Registrar of Friendly Societies so initially it went no further, but eventually, in 23 August 1923, a branch was reported as operating successfully. 11

In 1921 William Courtney applied to the Dispensary Committee for permission to conduct a private business in the building. At first the Pharmacy Board refused to give its consent but after further discussion it relented and gave its approval on 11 August 1921, allowing a florist to use part of the building. The business in its early days was conducted by Lorna Courtney, a daughter of William. She sold fruit trees, fresh cut flowers, wreaths, ferns, palms, wedding bouquets and loganberries in season. The phone number for the business was the same as that for the dispensary, Chelt 233. 12

On Lorna’s marriage to George Mickelburough in 1928 and moving from Cheltenham, her younger sister, Nellie, continued the floristry business into the 40s. In 1921 William Courtney’s nephew gave the dispensary address as the location of a branch of his architectural practice in Elizabeth Street, Melbourne. 13

On 26 November 1921 R H Lowe MVOA, advertised in the local newspaper that he, an optician, was available on alternate Saturdays for consultation at W Courtney’s Dispensary near the station. 14 Earlier Dr Gershwin Bennett DDS (Penn) BDSC, LDS, a dental surgeon placed an advertisement informing the public that he would be visiting Cheltenham every Tuesday and Saturday and that he could be consulted at the Dispensary. 15 From the 40s an increasing number of dentists used part of the dispensary building to conduct their practices. The trustee at their meeting on 14 October 1940 approved a dentist’s request for the repainting of the entrance hall at a cost of £8-17-6 towards which he offered to pay £2-10s. A H Grieve passed his practice to R J Brazil Smith in April of 1944 only to return to it at the end of the year. Robinson and Dare signed a lease for three years in 1953 with the option of a further three years for a rent of £2 10s per week plus a contribution towards the cost of the telephone. Mr Owen was a tenant in the late 1960s together with two other dentists. 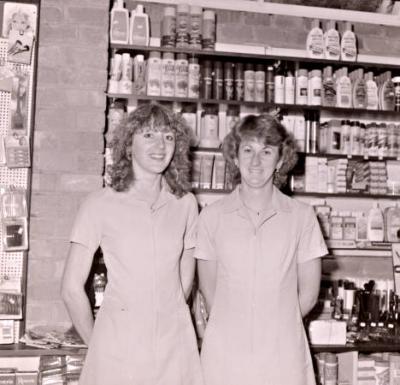 Female staff at the Cheltenham Dispensary.

In July 1932 Jack Allen Winter, probably the son and nephew of H and A Winter, was employed as an apprentice to William Courtney. The father and uncle acted as guarantors to this engagement agreement. The guarantors lodged a promissory note for £120 to cover the shortfall between the amount the Dispensary was prepared to pay by way of remuneration and the legal minimum. They were as such paying part of Jack’s salary during the third and fourth years of the apprenticeship. 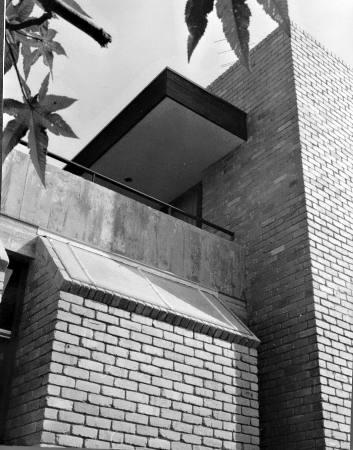 In 1959 Mr Leyman, the dispenser, was being paid £30 per week plus £1-10s per week for after-hours work. Miss Rae, as the shop manager, received £25 10s per week plus ½% commission on sales to be divided equally between herself and two sales girls. In June of 1959 Mrs MacGill was appointed assistant dispenser. On Mr Leyman’s resignation Mr J Blythe was appointed as his replacement. By 1960 Mr Adderley was the dispenser and Mr J Duffus manager of the shop . Mr G Kosta was appointed Manager to replace Mr J Duffus two years later. At a meeting on 11 January 1967, some unspecified actions involving incorrect scripts being dispensed by Mr Kosta resulted in a letter being received from the Pharmacy Board. Despite concerns being expressed about Mr Kosta’s capabilities his employment continued but a fully qualified assistant was employed to assist him. Mrs O Seyfort was appointed to this position.

Just as staff changed, the buildings also changed. In October 1954 a contract was let to Ernest Beach for the construction of a dispensary at 272 Charman Road. The architects were Dack and Armstrong. July 1957 saw the letting of a contract to Kevin H Roberts of Cheltenham for the construction of a shop at 270 Charman Road. The architects were once again Dack and Armstrong. In 1959, using an overdraft financed by the ES&A Bank, Mr H Baberton carried out extensions. The following year a great number of deficiencies in the work were identified. It was in June 1966 that planning discussions commenced for a new dispensary. The architects Chancellor and Patrick presented plans for a new shop and dwelling, new dentist suite and relocation of the hall. The tender by Millmark Constructions for $47,736 was accepted. There were some additional expenses required for shop fittings and painting. The architects’ fees were $3,549.11. It was a few months later that it was resolved to convert the existing hall to a dental suite to be leased to Mr Slocock at $30.00 per week.

In 1982 the premises at 270 Charman Road were converted for occupancy by Dr G Cramer for use as a surgery and in 1987 the pharmacy and first floor premises at 272-4 were refurbished by Harden Building Constructions Pty Ltd at a total cost of $39,254. Today the buildings continue to serve the role of doctors’ surgery and pharmacy almost one hundred years since the initiative was taken by local Friendly Societies to form a United Friendly Society Dispensary.