The timber mill and plumbing business on Nepean Highway Mentone had been operating for some years when the owner, Mr A J Shearman made an application to the Mordialloc Council for permission to sub-divide the land into small allotments for the purpose of building shops. This proposal was approved by the Council on 12 April 1954 but a neighbour, H E Barry, living adjacent to the timber yard, protested vigorously against the Council’s decision and in this protest was joined by other members of the community. 1

Mr Shearman indicated that if his application to build shops with residences was refused he would go ahead and build a multiple fronted shop and sell only hardware. This he considered was an expansion of his business and not subject to restrictions. He pointed out that the timber mill was established prior to the area being zoned residential in 1946. A strength of his application, he believed, was that a small self-contained shopping centre such as he planned would be a boon for housewives living west of the highway. To gain supplies individuals would not have to cross Nepean Highway and safely negotiate heavy traffic to reach the Parkdale or Mentone shopping centres. 2 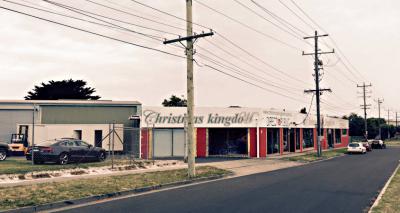 Site of original proposal to build shops on Nepean Highway , previously the site of a timber mill.

Mr Barry argued that when he bought his property the area was zoned residential, consequently, he believed the Council in agreeing to the erection of shops in this zone breached its own by-laws. If the Council action was allowed to proceed the value of his property, he believed, would be devalued. In his view it was wrong for the by-laws to be ignored for the benefit of one individual. While Mr Barry acknowledged there was a need for shops in the locality, placing them on Nepean Highway was a poor choice. In fact, he suggested their placement there would contravene the Greater Melbourne Planning Scheme. Moreover, it irritated him that originally he only found out about the proposal when he saw bricks being placed on the site. The Council failed to notify him of the proposed redevelopment, and indeed, nearly a year passed since he first protested and the Council continued to remain silent about the proposal. All discussion by the Council about the proposal was held in camera. The delay, the Council claimed, was because they were waiting to receive the legal opinion on the matter from their counsel. Frustrated, Mr Barry threatened legal action if the Council persisted. 3

At a Council meeting in late July 1955 the gallery was packed with residents of Parkdale waiting to hear the councillors debate the Shearman sub-division. The debate was heated. The MMBW had approved the sub-division for the erection of five shops although they suggested a more central location would have been superior. One group of councillors wanted to defer the sealing of the agreement until more information was gained from the MMBW. A second group opposed deferment. Cr Sambell tabled a petition signed by 213 ratepayers and residents stating that the shops would benefit the district and asked that the Council implement them being erected as soon as possible. At the conclusion of the debate the plan was sealed. 4 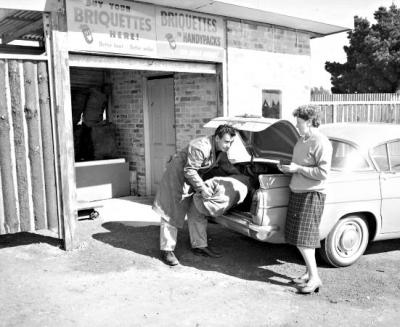 Despite the action of the Council the dispute was not concluded. The Department of Public Works over-ruled the MMBWs permit to build and Mr Barry’s solicitors served a writ on the Mordialloc Council alleging the Council was breaching its own by-laws. 5

Two years later the Mordialloc City News announced the completion of a new self-contained drive-in shopping centre on a four acre site with excellent access from both Lower Dandenong Road and Nepean Highway. This land was part of the extensive land holdings that Mr Shearman held in the district. It was where logs and timber was stored as part of his timber mill business. What caused Shearman to withdraw from his initial proposal has not been found. Perhaps he was tired of the on-going campaign to stop the development he originally proposed and the frustration of working with government authorities, or maybe the more extensive and comprehensive proposal utilizing land he owned further north on Nepean Highway was more exciting and presented a better business opportunity. 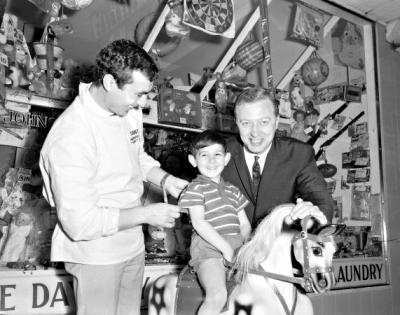 Levelling of the new site by bulldozers was almost completed by February 1958 with work about to commence on building the planned forty shops. The expected cost of the project was in the vicinity of £200,000. Features were the provision of parking for 250 cars, a roofed walkway connecting the shops, and a playground for children. Provision was also made for a service station. Attention was given to avoid duplication of shop type but an exception was made for food stores where shoppers, it was argued, would benefit from competition. 6 Later it was announced that banking facilities and a post office would be provided, together with a £16,000 self-service store fronting Nepean Highway, an outlet which was claimed to be the biggest in Australia. 7 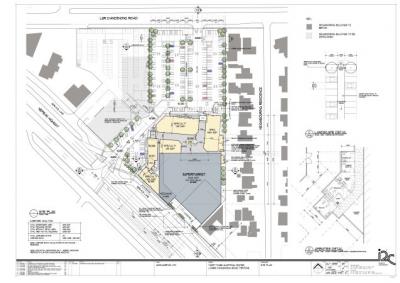 The official opening of the centre occurred just before Christmas 1958. Panda Lisner, a television personality, was a star attraction. Panda appeared on the IMT show (In Melbourne Tonight), then hosted by Graham Kennedy, and rated very highly. She was warmly greeted when she arrived with a police escort. It was claimed that 2000 people were present and later with 8000 being the estimated number of people who attended the Thrift Park during the day. During the afternoon prizes were raffled with people winning such items as a leather writing case, Mayfield ham, week’s supply of fruit and vegetables, travel clock, car radio, electric frypan, and shortie coat; all prizes being donated by traders in the centre. Other people present were able to enjoy the bargains being offered for the opening day. 8

For more than sixty years the Thrift Park continued to serve the local community until 2008 when the owners of the centre sought approval of the local Council to demolish it and replacing it with a more modern structure. The centre owners wanted to promote the Centre as a Neighbourhood Activity Centre to meet the weekly convenience shopping needs of the community. 9 The original Thrift Park, showing its age and facing increasing competition from Southland and other shopping centres, was demolished and a new centre created. The new centre of 30 stores and a larger Woolworths supermarket at a development cost of $35 million was officially opened in December 2010.