A Hall for Parkdale

At a very early meeting in 1916 of the Parkdale Progress Association, then called the South Mentone Progress Association, the need for a hall and recreation reserve was raised. A member offered to provide a block of land for the hall and to supply a quantity of building material. The offer was provisionally accepted but no action was implemented. [1] It was not for some years that the need for a hall was once again raised. 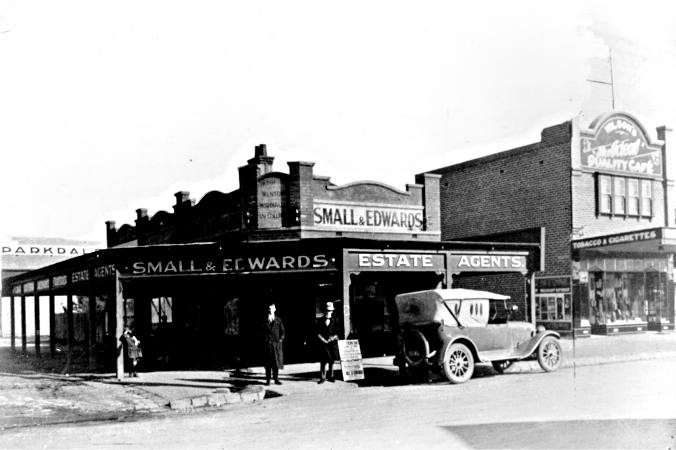 It was in September 1920 that Mrs Winifred Harrison wrote to the Association suggesting that the organisation should approach the Borough Council asking them to build a hall in Parkdale. Some money had been raised previously by the Progress Association for this purpose and it was suggested that the money should be passed to the Council ‘as an act of good faith’. Cr Blanche spoke strongly against the suggestion pointing out that building a hall for Parkdale was not a matter for the Council and the Association could not expect to get a ‘brass farthing from it’. Blanche advised that the money held was raised specifically for the purpose of building a hall for the use of the Association, and that it would be vested in the Association which would then be responsible for appointing the trustees, not the Council. He deemed it ill advised to entertain the suggestion made in Harrison’s correspondence. [2]

Members of the Association continued to raise money to finance the hall project. Miss Gouldthorpe held an American Tea evening and a month later an open-air fete with races and side-shows was held opposite the Parkdale Station. [3] Two plans for a hall were placed before the Association members in April 1921 with the one recommended consisting of only a building without an ante-room or other conveniences. The Association held £56.15s towards the cost of the building. [4] Before the construction of the hall could commence the Town Clerk informed the Association they would require the approval of the Health Board and once that was gained the Council would not object to the project. [5]

The 1921 annual meeting for the Association took place in the new hall ‘or at least the commencement of one’ in Eveline Ave overlooking Parkers Road in Parkdale. [6] This was seen as a significant move by the Association as, prior to this time, meetings had been held in the homes of public spirited residents. A social gathering took place in the hall to celebrate the event in July 1921. [7] A few months later Mr Treblico was able to report that £100 had been borrowed from Cr H C Edwards on exceptionally easy terms and up to that time £156 had been spent on the erection of the building. [8]

At a monthly meeting of the Parkdale Association in March 1922 it was reported that the group was finding it difficult to raise funds to pay off their liabilities. There was also a suggestion that the hall should be sold to the trustees of the Mentone Church of England for £400. A reporter writing in the local newspaper saw this as ‘the writing on the wall’ for the Association if the suggestion was implemented. He also suggested that the need and support for such an organisation had lessened. Support from local residents had lessened. He reminded his readers that since the creation of the Borough of Mordialloc and Mentone, Parkdale had three councillors to present their views and needs. He believed the Progress Association had become negative towards the actions of Council rather than being an advocate for major projects such as a recreation ground and a State school. They needed, in his view, to be proactive rather than being content to sit back and criticise. [9] At a subsequent meeting of the Association, which attracted a larger audience than usual, a report on the proposed sale of the hall was presented. The President confirmed that if the building was sold it would be with the intention of purchasing a larger one, however word was received that the Church of England was not interested in buying their building because it was not suitable for their requirements. So the sale option was closed at least for the short term. [10] 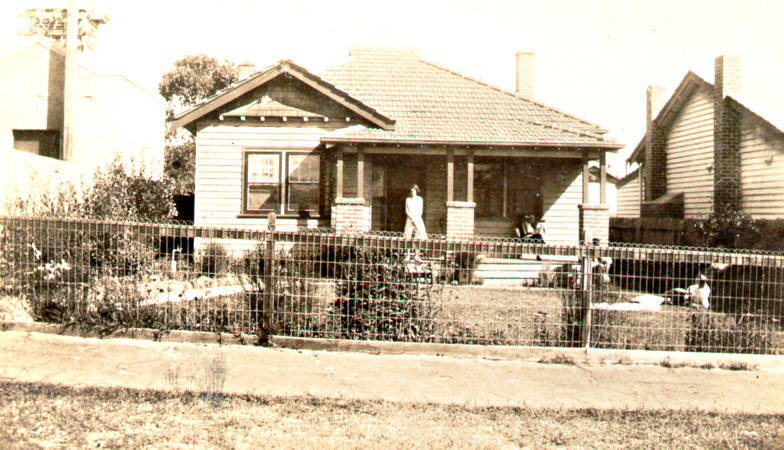 In 1931 internal dissention broke out amongst the one hundred and one members of the Parkdale Association concerning plans to enlarge the hall. Some members wanted to build a new, more commodious structure while others believed the cheaper option of an extension would serve their needs. [11]

The plan of the Association’s committee was to build a room 16 x 12 feet on the side of the hall, with a folding door, at a cost of £30. When this recommendation was placed before a meeting in February 1931 it caused vigorous debate. Mr Greaney described the proposed extension as inadequate and unsuitable. He argued the money could be raised to build something more substantial. A suitable hall, he claimed, would bring in revenue whereas a small room would not raise a penny. The President disagreed. He felt that borrowing money in the existing depressing economic conditions would be suicidal. Mr A H Evans supported the President. He considered it would be impossible to raise the £800 or £1,000 necessary to finance a suitable hall. Cr Herbert was more optimistic. He saw the extension as a waste of money and believed a large hall could be built cheaply at that time particularly as they would have access to a large amount of volunteer labour existing in the community. [12]

The decision was made to proceed with some extensions to the hall and this work was completed in record time through the assistance of members of the Unemployed Committee. [13] To acknowledge this contribution the Progress Association Committee recommended that a social evening be organised at the hall and that all the proceeds of the event be given to the Unemployed Committee as a gesture of thanks. Mrs Harrison, a trustee, spoke against the use of the Progress Hall, suggesting it was too small and proposed the Winter Garden facilities further down in Parkers Road as the venue. The President spoke against the use of the Winter Garden and supported the recommendation of the committee because of the expenditure involved in hiring that hall, engaging an orchestra, and printing tickets. For him, the use of their own hall which would accommodate 70 to 100 people would provide a larger profit. Other members of the association supported the President. One member expressed the opinion that the Association should hold all its functions in its own hall and not venture outside. The decision regarding the location of the social evening for the Unemployed Committee was referred back to the Association’s committee for a decision and action. [14] 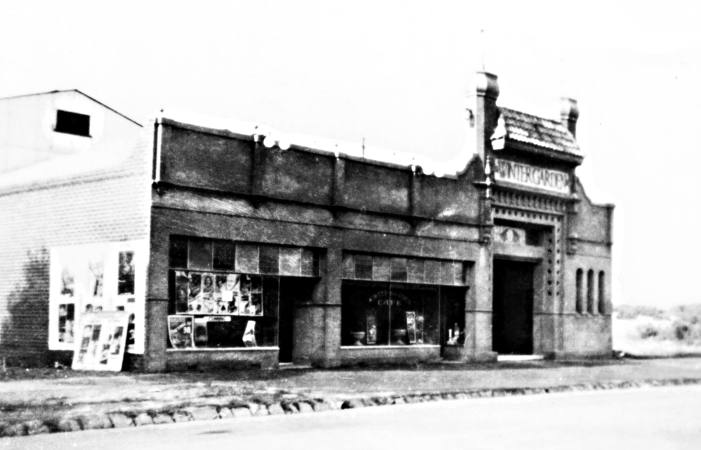 Early in 1932 the issue of enlarging the hall was raised again. The matter was referred to the finance committee for advice but due to the Christmas holidays the group had not met in time to provide the advice. The Association’s committee agreed the employment of a practical builder was essential but believed there were advantages in waiting a few months before commencing the project. One member was ‘reliably informed’ that money would later become cheaper and more abundant. When that happened he believed they could go into the question of erecting a large hall and using the present hall as a supper room. Another individual said that adding fifteen feet to the present structure was all that was necessary to provide for the needs of the Association. Many of the arguments for and against the building of a large hall previously raised twelve months earlier were raised again. [15]

In February 1932 the finance committee and the trustees met to discuss the proposition of extending the hall. Mr Butterworth of Cheltenham, a man experienced in building public halls, was asked to draw up plans that met the requirements of the Health Commission. These plans were then considered by the two groups. The trustees rejected the proposal of extending the hall by 15 feet as being useless and recommended an extension of 25 feet which would provide a hall 40 x30 feet at an estimated cost of £300. It was anticipated that the annual costs of the hall - services, repayment of loan and interest on the loan - would be £60 but there was confidence this money could be found. In a previous seven month period £70 had been raised through hiring the hall. Cr H C Edwards was complimentary concerning the proposal and said he would be pleased to discuss the question of finance when required. [16] 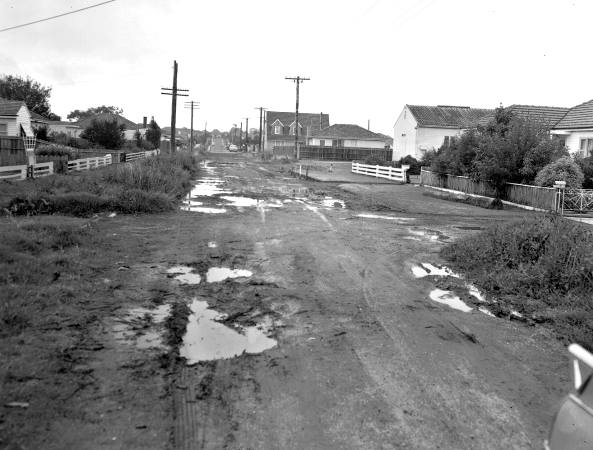 In addition to Association events the Parkdale Progress Association Hall was the venue for a variety of community activities. The Parkdale Methodist Church which had bought land adjacent to that of the Association used the hall for many years for church and Sunday school services, as had the Church of England for a time. [17] The Church of Christ held a social evening, ‘Back to Childhood’ in July 1933 and the Parkdale State School used it to accommodate an increasing school population. It was also the place in Parkdale where political speeches were made by aspiring politicians. Cr Frank Groves held a campaign meeting there in May 1932 in his quest to seek election to the Victorian Parliament.

In the late 1920s and the early 1930s the hall was the location for many of the Progress Association own activities. Meetings were held there to discuss the payment of rates by instalments, or appointing a secretary and paying an honorarium, and holding a conference with the Mordialloc Progress Association to discuss the advisability of forming a district Council of Progress Associations. [18] In addition, there were monthly advertised dances with supper and good programs and teams competing in District Parlour Bowls up to 1935. These events were initially well patronised but gradually the interest in the Progress Association began to wane. After 1935 references to the Parkdale Progress Association in the local newspapers were rare. Early in 1931 there was a clash of views about the management of the Association and resignations of several long serving members occurred. Eventually it ceased to operate. People pursued other interests or went to other venues for their amusement. Councillors took on a more prominent role in representing the wants, needs and desires of the community so the need for an alternative community voice lessened. 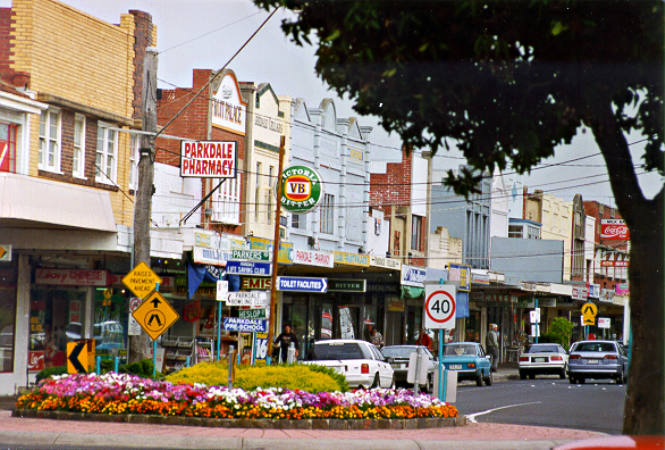