George Pinkerton Accused of a Double Murder at the Springs

Early melbourne with ships on the Yarra and the city in the background, c1855.

In January 1853 two Melbourne daily newspapers reported a double murder which they described as horrible and revolting, and an event unparalleled for atrocity. The location of the murders was noted in one paper as being near Brighton and the other at a spot near Mosey’s Springs, a distance of about four miles from the Brighton Hotel. Later the location was named Cheltenham. The victims were Bridget Smith, a 32-year-old married woman, and her eighteen months old son; both had been strangled. The accused murderer, George Pinkerton, a nineteen-year-old man, born in Sydney, was employed by Bridget’s husband, Charles Smith, to help clear his land of a light covering of scrub, wattle and gums to prepare it for cultivation. 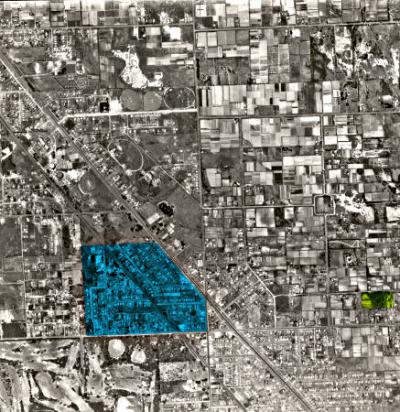 Charles Smith gained ownership of 118 acres of land in 1852, built a small two-roomed cottage, and commenced to clear the land. According to Charles he left his home early on Friday 21 January 1853, to journey to Melbourne with a plan to collect on the return trip, a wagon load of manure, to use in enriching the sandy soil. He returned at 3 p.m. to find the door to the cottage locked. 1 There was no sign of Pinkerton working in the garden. Smith kicked the door several times and called his wife’s name without any response, but thought he heard footsteps inside; consequently he tied the door with rope so that no person could enter or leave the cottage. He then went to a neighbour, Mrs Gouge, living four hundred or five hundred metres from his home, seeking help. 2 She had not seen his wife but accompanied Smith back to his cottage with one of her workers, John Miles. Smith smashed in a window to gain entry, allowing Mrs Gouge to look in and observe the destruction. She exclaimed, ‘Oh my God, they’re all dead!’ 3

Fearing that bushrangers may have been in the house, Charles Smith gained the assistance of two men passing along the road to force open the door while he stood with a fork at the broken window. Mrs Gouge, who was first into the cottage, found the body of Mrs Smith lying on the floor with her head concealed by a sugar bag, her legs exposed and clothes in disarray. George Pinkerton, bleeding from a wound in his side, was lying beside Mrs Smith with his head upon her breast. Although wounded with his shorts and shirt saturated with blood, he was alive, so Smith tied his hands and sent to Brighton for assistance. Initially the child was not seen. Later after Smith lifted half a bag of barley, the dead child was found under it.

Dr Casperson was one of two doctors who responded to the request for assistance. On arrival at the Smith home Casperson found Mrs Smith lying on the bedroom floor. He said, I found Mrs Smith’s nose flattened, the lips much swollen, and discoloured, a bruise on the left side of the child, and some marks, I should say finger marks and marks of nails upon the throat. They appeared to have produced a considerable amount of pressure. I had her clothes immediately cut and found the under regions of the heart still warm, but there was neither pulse nor beating of the heart; life was quite extinct.

The doctor also examined George Pinkerton who was lying in a pool of coagulated blood. His pulse was hardly perceptible. Dr Casperson described the gunshot wound as being on the left side over the fifth rib, on the right of the heart, which had penetrated almost perpendicularly through the chest and through the seventh rib at the back. He noted hemorrhage had ceased entirely. 4

The inquest into the death of Bridget Smith and her infant was held at the Little Brighton Hotel four days after their murder. After being sworn in the jury examined the body of Mrs Smith which had been conveyed to the hotel.

The body presented a frightful appearance, decomposition having, as might have been expected under the peculiar circumstances of the case, rapidly set in; the body was literally as black as charcoal, and few who had known the unfortunate deceased a few months since, when keeping a neat little fruit shop contiguous to the Bull and Mouth Hotel in Bourke street, would have recognized any resemblance in the frightful mass of putridity before them.

After listening to the recollections of events on the previous Friday from Charles Smith, neighbour Mrs Elizabeth Gouge, John Miles, Dr Casperson and District Constable Draper, the jury returned a verdict of willful murder against George Pinkerton. During the course of the enquiry several of these witnesses shared their observations of the accused. Mrs Gouge saw Pinkerton as a very quiet and very innocent young chap who seemed to be very fond of the young Smith child. She thought Mr and Mrs Smith could not have done more for him if he had been their own son. John Miall believed Pinkerton, whom he claimed to know perfectly well, was a remarkably quiet inoffensive young man who was not at all addicted to drinking. 5 At a later time Charles Smith said he and his wife were ‘greatly taken by him’ and acknowledged George was given to melancholy, and too much reading, but he never saw him do any strange things. He would sit with a book without conversing. He would never commence a conversation. 6

George Whitfield Pinkerton was born in Sydney on the 6 June 1832, the son of the Rev William Pinkerton of Glasgow, a professor at the Sydney University. When he was about three years old his father died and his mother took him back to Scotland. There he attended school for six years at the Canvin’s Hospital in Duddingston and engaged in the normal curriculum of the time, Latin, Greek, French and mathematics. He spent an additional two years at an academy in Musselburgh before going to sea on the ship called the Acadian. After some years he joined the ill-fated ship, the Ticonderoga, to make his first visit to Melbourne. 7

The Ticonderoga, known as the Fever Ship, was a four masted double decked clipper built in New York. It left Liverpool in 1852 overcrowded, carrying seven hundred and ninety five passengers, many of them being children. Sanitary provisions were inadequate. On 5 November 1852 it entered Port Phillip Bay flying the yellow flag and was initially moored and quarantined off Point Nepean. One hundred deaths had occurred during the voyage and more occurred after its arrival. The ship reached Melbourne on 22 December 1852. George Pinkerton had escaped its confinement at Point Nepean and made his way north to gain employment with Charles Smith, clearing land and preparing it for cultivation.

After the coronial enquiry found George of guilty of willful murder he was taken to Melbourne to face a criminal trial. While appearing in the criminal court he looked very weak and he was allowed to sit, remaining calm and unmoved. He seemed to be listening to procedures unconcerned as to the gravity of the charges against him. Witnesses who had presented evidence at the coronial enquiry spoke again, being cross-examined both by the Attorney-General and barristers appointed to represent him. The same details emerged as in the inquest.

Mr Stephen, his barrister, raised the issue of insanity, pointing out that melancholy is often an indication of madness. Proof of madness is when persons destroy their most loved objects. Mad people, he said, often did so. Dr Youl, the Assistant Colonial Surgeon, when questioned, stated that the prisoner while under his charge did not show the least symptoms of insanity. Mr Stephen in his summing up said it was the jury’s task to determine if the prisoner was not insane and pointed to the evidence that Pinkerton was very fond of the child he murdered.

The judge then read over all the evidence to the jury who then without a moment’s hesitation found the prisoner guilty. 8 Before declaring the prescribed sentence the judge called upon Pinkerton to repent of his sins and to let the current world pass away and think of what was to come. He then pronounced the sentence which the law demanded, ‘that you George Whitfield Pinkerton, be taken from the place you now stand in to Her Majesty’s Gaol … and shall be then hung by the neck until you shall be dead, and may the Lord God Almighty have mercy on your soul!’9

A group of citizens appealed to the Lieutenant-Governor of Victoria to delay the execution for a few weeks to enable the gathering of information on Pinkerton’s state of mind. While not wishing to prevent the course of justice, the Memorialists, some of whom had had conversations with Pinkerton and from impressions of the trial, were deeply concerned that he was of unsound mind and ‘had long been subject to fits of gloomy despondency and loathing of life. The law they said does not call for the life of any criminal who is found to be thus afflicted and at times incapable of self-government, and not conscious of his actions or their consequences.’ 10

The extreme sentence was carried out. On the night previous to his execution Pinkerton slept soundly and on waking remarked that it was his last day on earth. He proceeded to the place of execution, his arms were pinned, a white cap was placed over his head, he mounted the scaffold with a firm step, attended by a clergyman, the rope was adjusted round his neck, the bolt was drawn and it was all over. The newspaper reporter wrote that the event was more in keeping with the barbarous ages than to an enlightened nineteenth century. He observed that the number of spectators was quite large despite the inclement weather and amongst them were many women and children. 11

George Pinkerton was buried in the unhallowed corner of the Melbourne Cemetery which later became part of the Victoria Meat Market. 12