Crown Portion 42, first bought at auction by Thomas Darling in 1852, subsequently saw a succession of owners who believed they had made a good investment. Here was an opportunity to sub divide. the land and sell it off at great profit, or so they thought. Not all were successful. Thomas Bent and Benjamin Fink, who purchased a substantial part of Portion 42 from James Jamison, had to forgo most of it in the financial crisis of the early 1890’s. There were also others who were unable to service their mortgages so they lost their land. The Commercial Bank of Australia, to whom the ownership of the land passed from Bent and Fink, gradually sold sections to a variety of owners, including a group associated with the Methodist Church. It was members of the church who gradually reassembled sections of Portion 42 to build and develop the Methodist Children’s Homes.

Longmuir (1973:30) writes that the Methodist Homes came to Cheltenham in 1891 after the church had purchased a piece of land for £2,317. This land was most likely that owned by Mary Jane Jamison on Point Nepean Road. (The records of the transfer of title needed to confirm this are missing.) A cottage was opened in November 1891 debt free. A second piece of land described as Lot 15 & 16 on the sub division plan and fronting Jamison Street was part of the church property on March 11, 1891. This land was purchased from Bent and Fink by George Keys, a rate collector, William Keys a gentleman of Cheltenham and James Barley Sharp a Clerk in Holy Orders from Maffra. They in turn transferred the land to Edwin Iredale Watkin and Edmund Sorrell Bickford, both ministers in the Wesleyan Church. Watkin, a Doctor of Divinity, was minister of Wesley Church in Melbourne while Bickford was Secretary of the Home Mission Society.

Derbin Willder, a stockbroker of Collins Street, West Melbourne owned the block of land on the northern corner of Jamison Street and Point Nepean Road on November 29, 1887. He held it for less than one year before the title passed to Frederic Manley Ashe of Bay Street, Brighton. On September 18, 1890 the ownership of the property was taken over by the Australian Financial Agency and Guarantee Company Limited which sold it to the Reverend Watkin and Bickford in June 14, 1899.

Another addition to the property of the Methodist Homes occurred on June 13, 1905 when land, previously owned by Bent and Fink, was purchased from the Commercial Bank of Australia. The irregularly shaped piece of land "four acres, thirty perches and six tenths of a perch or thereabouts" stretched between Chesterville and Point Nepean roads surrounded previous purchases. The title to the land was transferred to Albert Thomas Holden, Robert Philp, Jonathan Peter McCann, all Methodist ministers and James Jamison, George Sweet, Benjamin Dawborn and Frederick John Cato. Some of these people were also involved in the final land purchases for the Homes.

In 1922 the titles of two blocks of land owned by George Ekins Gulliver became part of the Methodist Homes property at Cheltenham. Gulliver was a very successful chemist and inventor of the Laxette tablet. Adjacent to one another, one section of land faced Point Nepean Road while the second stretched from the corner of Tennyson Street and Chesterville Road. Gulliver gained the title to the property on Point Nepean Road on June 21, 1901. He obtained title to the second property from the Commercial Bank of Australia a few months earlier on January 7, 1901.

The titles of these various sections of land owned by the Methodist Church were brought together under two titles, reversing a process of sub-division begun more than a hundred years earlier in 1852 with the purchase of the land by Darling. The names given on the new titles were; Alec Wheaton Pederick, Arthur Norman Kemp, John James Benjamin, George Calvert Barber and Eric Hans Orton Nye, Methodist Ministers with Richard Warwick Nevile, James Anthony Vavau (?) Oldmeadow, Alfred Herbert Harrison and James Leonard Peppell who were noted as "proprietors of the within described estate under and by virtue of the Methodist Church Acts". The new titles were dated March 9, 1954.

On that same day the proprietor of the major part of the land that had been the Methodist Children’s Home became the Roman Catholic Trusts Corporation for the Diocese of Melbourne. The transfer involved twenty five acres two roods thirty-eight perches and three tenths of a perch. The following year on January 19 the "one acre two roods thirty two perches and nine tenths of a perch of thereabouts", the final part of the former Methodist property, was also transferred to the Roman Catholic Trusts Corporation The trust held the property until November 7, 1957 when it was transferred to the Trustees of the Hospitaller Brothers of St John of God, a religious community who established it as a centre for the education of mentally handicapped boys. 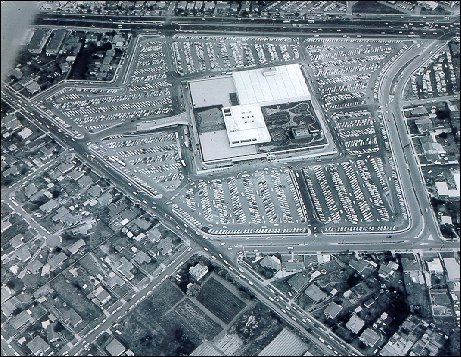 On April 7, 1966 the ownership of the property changed once more. The Southland Shopping Centre Limited of 295 Lonsdale Street, Melbourne became the proprietor. The Centre owned in total "a piece of land containing twenty-seven acres one rood and thirty one perches or thereabouts being part of Crown Portion 42 in the Parish of Moorabbin, County of Bourke". A small part of this land on the north west boundary was lost through the extension of Karen Street to Nepean Highway and transfers to the City of Moorabbin but the bulk of the land remained intact. On this land the Southland Shopping Complex was built and first opened on 1968. On June 23, 1986 the proprietor of the property became Ventana Pty. Limited of 250 Elizabeth Street Melbourne.