It was the custom for anyone who served as Mayor of the City of Moorabbin, and earlier as President of the Shire of Moorabbin, to have his or her photograph taken and added to the council’s display collection. This did not happen for Clyde John Hoffman who served as Mayor of the City in 1944-1945. A wider search for a photograph, including local newspapers, also failed to provide a positive result. Perhaps Hoffman deliberately avoided having his photograph taken even though he took a prominent place in community affairs and was often quoted and reported in the Moorabbin News. There is an unsubstantiated rumour that Hoffman was, earlier in his life, the official Victorian hangman. If this was true it may help to explain his reluctance to be photographed, but a search for evidence of this belief proved fruitless. 1

Clyde John Hoffman was born at Bairnsdale in Victoria on 8 July 1895 to John William Hoffman and Elsie Daphne Dawson. 2 According to Military Attestation Papers, when twenty one years and two months old, he enlisted at Middle Brighton, in the Australian military forces. 3 At the time he was single, a sailor by occupation, giving his address as that of his mother at Nicholson Street, South Yarra. He was present at Gallipoli on 25 April 1915 when he was wounded in his left thigh. Convalescence followed at a hospital in Malta before he returned to the Dardanelles on 5 September 1915, resuming duty with his battalion five days later.

With the withdrawal of allied military forces from the Gallipoli peninsula in December, Hoffman returned to Alexandria in January of the following year. He then embarked for Marseilles five months later to serve with the 15 Australian Light Trench Mortar Battery fighting with the British Expeditionary Force (BEF) in France. There he was again wounded in action damaging his right forefinger in February 1917. After a stay in England and recuperation in a London hospital he re-joined his unit in September of that year. Later, he was selected for an infantry officer training course at Oxford, where he qualified as a second lieutenant. The confidential report written by the officer commanding the training unit noted his wounds, his very fair standard of education, and that he had passed all his War Office exams. In general, he was assessed as having plenty of ability and doing very well in the course, although it was noted he was inclined to be lazy. Nevertheless it was recorded that he would make a good platoon commander. 4 Hoffman returned to Australia aboard the Anchises on 22 August 1919 and his appointment as a second lieutenant in the Australian army was terminated on 7 December 1919. 5

While in Britain Clyde Hoffman married. His wedding to Maggie Duff of Duff Cottage, Rothes, Morayshire, took place in Scotland in 1917 6 and by the early 1920s the couple were living at Rothes, 30 Charles Street, Ascot Vale. 7 Hoffman resumed his occupation as seaman while becoming a pioneering member of the Ascot Vale West Progress Association. On moving his residence to Cheltenham in 1935 he participated in the foundation of the Cheltenham Progress Association, becoming its inaugural secretary. 8 In that role he became a strong advocate for the development and implementation of council regulations on the operation of sand pits, an industry that was booming in Cheltenham and surrounding districts. 9 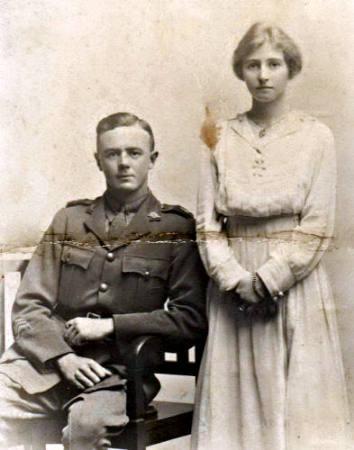 The major concern of the Cheltenham Progress Association in its first year of operation was the implementation of council controls on sand pits operations. To gain this goal, a deputation from the association waited on the council to argue the case, and letters were sent to members of parliament. Clyde Hoffman was very much part of this activity. He wrote to the local newspaper bemoaning the presence of uncontrolled conditions, which he believed made the pits an ‘unnecessary evil’ and called the industry ‘a nuisance and a menace to the district as a whole’. Their presence substantially devalued nearby properties. He believed that pit owners wanted a control-free industry; free of council interference. 10 In contrast, A W Adams, a pit owner in Cavanagh Street, Cheltenham, saw benefits in sand pit developments. For him sandpits were a new essential industry providing additional avenues of employment, utilising land that had been relatively worthless and non-productive. It was drawing to the area families seeking employment, who then spent money with local traders boosting the general prosperity of the district. These outcomes were sufficient justification, in Adams’ view, for facilitating sand pit development in Cheltenham. 11

Clyde Hoffman, himself was engaged in sand mining so he was not against sand pits in general but wanted controls placed on how they operated. He was removing sand from his property in Moorabbin Road (now Warrigal Road) opposite the then Benevolent Asylum, between Mills Street and Argus Street, and from other properties which he owned. What he wanted was some council control over pit workings and that they be left in reasonable condition, at least to drainage level avoiding what others called ‘blots on the landscape’ He also wanted no operations in residential areas. At the time he was employed by Australian Glass Company, a great user of sand from the district. 12

As a resident of Cheltenham for over eight years, Hoffman stood for a vacancy on the Moorabbin Council in 1938, caused by the resignation of Cr Val Browne. 13 He was successful and was re-elected unopposed on several subsequent occasions, serving as a councillor until March 1946. In the elections of 1944 he emphasised it was his intention to adopt a vigorous progressive policy so that the Moorabbin City generally, and Cheltenham Ward in particular, would not be left standing in developments following the Second World War. 14

On 3 April 1946 the Moorabbin Council members were surprised to receive a letter of resignation from Cr Hoffman. He explained that while he predicted Cheltenham would develop rapidly in the future; growth in which he would have liked to participate, it was not possible as public life was interfering in his private business. He indicated that it was his intention to sell the property he owned and leave the district. 15 Fellow councillors expressed regret at this decision while acknowledging his contribution as a member of Council. The Mayor, Cr Blackshaw, said Clyde Hoffman was ‘an industrious, energetic and keen debater with thought behind his deliberations.’ Other councillors assessed Cr Hoffman as an able person who had initiated many improvements in the district, and served a successful mayoral term. 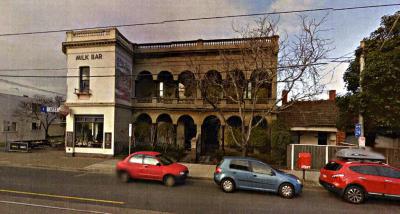 On 17 April 1946 Clyde Hoffman was before Police Magistrate Mohr at the Cheltenham Court charged with wilful and obscene exposure in the previous month. He pleaded not guilty. A fifteen year old shop assistant, Helen Dove, reported she saw Hoffman in his back-yard in his dressing gown which she claimed he pulled open revealing he was wearing nothing from the waist down. Hoffman remembered nothing of the alleged offence as he had collapsed after drinking heavily. Mr Mohr dismissed the charge. Although satisfied Hoffman had exposed himself the magistrate was not convinced it was done wilfully. At the time of the court case Hoffman was living at the Exchange Hotel in Cheltenham and was unemployed. 17

By 1960 Hoffman was living in an apartment at 8 Commercial Road, Prahran. This was his recorded residence at the time of his death on 19 June 1968 which occurred at Heidelberg as the result of heart failure. 18 He had been suffering from hardening of the arteries for several years. He was buried In the New Cheltenham Cemetery in the lawn section, the sole occupier of the grave. 19