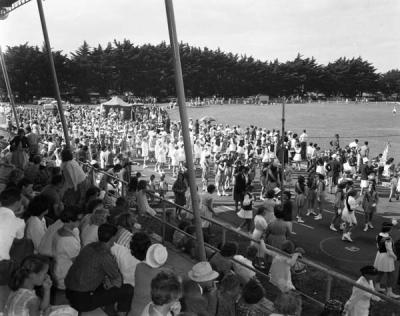 What originally seemed to be a simple idea grew into a major community celebration that continued for over forty years.

In 1959, Joyce Davis was a key member of the delegation to the Chelsea Council from the Chelsea Women’s Amateur Athletic Club which suggested that the Council should foster a ‘celebration of youth’. What was proposed was a week-long celebration in March that would promote the work of clubs, allow members of the public to see youth clubs in action, raise money to purchase equipment, and promote the need for trained leaders. The Council took up the challenge with a key decision being the appointment of Joyce Davis as the honorary organising secretary. Joyce became the driving force of the celebration over the years of its existence.

Joyce was born in 1917 in Carlton, the only girl in a family of six children. Educated at Saint Brigid’s Convent in Fitzroy, she first worked as a nurse at St Andrew’s Hospital, Brighton. She married Reginald Davis in 1940 and they soon moved to Chelsea where they had two children.

Over time, Joyce volunteered her services in a wide range of community activities. These included the Chelsea Kindergarten Committee, the Mothers’ Club at Mentone Boys’ Grammar School, the Chelsea Women’s Amateur Athletics Club, and the Victorian Women’s Amateur Athletics Association. In many of these organisations she served as president. However, she described her work as the organising secretary of the Chelsea Youth Week for forty one years as the ‘jewel in her crown of life’.1 For her community works she was made a Member of the Most Excellent Order of the British Empire (MBE) on 30 April 1976, and in May 2007 the City of Kingston honoured her with a Community Services Award. 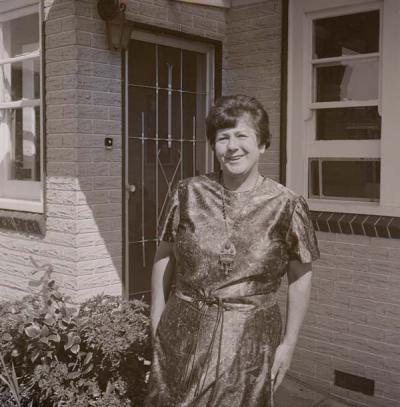 Mrs Joyce Davis awarded with a Member of the British Empire insignia for her many years of community work, 1976.

The first Youth Week celebration took place from 5 to 12 April, 1959 with a Grand Parade, Jive Night, Highland and Irish Dancing, Opera Night, Youth Concert, Sports Carnival, Boxing, Gymnastics and Weightlifting, as well as Church Parades, all featuring on different days and nights of the week. The official program also detailed open nights when parents and citizens were invited to visit clubs such as guides, scouts, gymnastics, pony club and church groups to observe youth in action. There were displays by the fire brigade and lifesaving clubs. The various Mayors of Chelsea and councillors gave their wholehearted support to the scheme. More recently, in 1993, new activities were added including a helicopter rescue exercise to inform and entertain spectators, face painting for children, and foreshore activities. 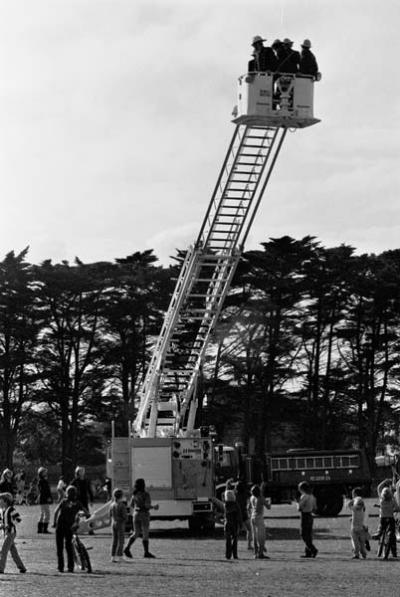 On the occasion of the first youth week, Joyce Davis argued that parents should be encouraging their children to belong to a club where the ideal of co-operation was instilled. For the sake of the future, Joyce Davis argued, this was urgent and needed to be commenced immediately. She said ‘parents could make the dreams of youth a reality but their energy needed to be harnessed for good, or it would harness itself to evil.’2

Over its 38 years of its existence as the Chelsea Youth Celebration, many different themes or mottos were used to draw attention to the event:3

The 1965 program drew on the theme ‘Back to Chelsea’ because that year marked the Centenary of the first Land Selection in the district. People were invited to spend a day in their old town, meet friends, and enjoy a picnic lunch at the recreation reserve where tea, milk, and hot water were available. They were then in a position to enjoy the colourful parade of youth and decorated floats when they entered the arena.4

Each year the Grand Parade was a highlight of the week with bands and marchers spaced between decorated floats and costumed young people mounted on the backs of trucks waving to spectators along the route. The parade moved from the assembly area in Station Street to the Recreation Reserve in Beardsworth Avenue. Junior members of Chelsea Football Club, Chelsea Cubs, Chelsea Girls’ Club, Joyce Dancers, Presbyterian Youth Club, Edithvale Life Saving Club, and Pattie Rudd School of Dancing were all groups who at various times contributed to the parade. Each year an award was made to the float and marchers judged to be the best. In 1976, Chelsea Heights Callisthenics Club won the float award while the Chelsea Girls’ Club were rewarded by the judges as the best marching group in 1963. 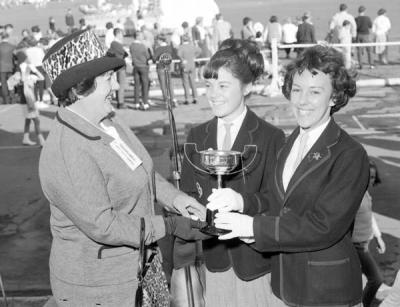 With successive years the program for the week was expanded and enriched with new events and new participants. All this was arranged and managed by the Youth Week Committee made up of the sitting Mayor of Chelsea, together with Joyce Davis as organising secretary, and volunteers who came from the various clubs and organisations in the municipality. In the parade of 1983, provision was made for 45 organisations divided into five groups all led by a band. In that year the bands participating were Victoria Naval Band, the Australian Air League Band, City of Mordialloc Band, Aspendale Technical School Band, and the Frankston City Band. Subsequent years saw many new contributors.5

Some group members marched in the parade while others rode on a float. Irrespective of what form the contribution took all were eligible for trophy awards. Awards were given for the best marching group, the best decorated float, and the most representative of their organisation’s activities. 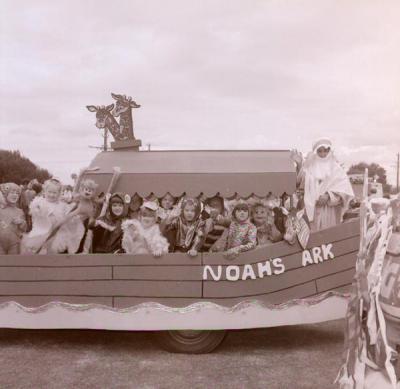 Other contributions to the week were also recognised. There was an essay award donated by the Chelsea Rotary Club and the Chelsea Historical Society on a given subject. In 1984, the topic was ‘How Chelsea Should Celebrate Victoria’s 150th Anniversary.’ In addition there were special named awards:

Awards were given in dance, speech, and art as well as sporting excellence. The Festival of Talent encouraged young people ‘to dance and sing their way to new heights’ with participation in various forms of dance including modern solo, tap, modern troupe, and character solo. The participants were divided into groups by age, ranging from seven years to fifteen years with trophies being awarded for each group. There was also a school speech competition sponsored by the Chelsea City Toastmistresses’. Schools nominated representatives who were judged on their performances by a member of the Toastmistresses’ club. The Commonwealth Bank sponsored a poster competition with prizes being awarded for different age groups. 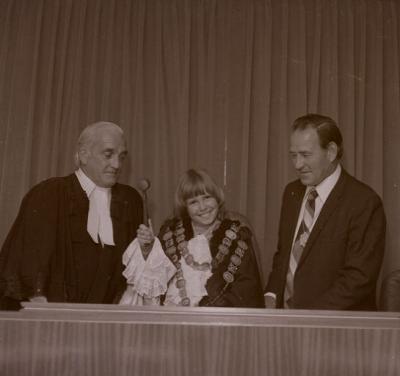 A junior council meeting was introduced as a feature of Youth Week and over the years was developed into a significant event with many primary schools nominating a student to represent them. The total group of nominated students met in the Chelsea Council Chamber where they spoke in turn about their school or spoke to a given topic. At the conclusion of the speeches they elected one of their number as junior mayor, their representative at Youth Week. The newly elected junior mayor was then dressed in a mayoral robe, a mayoral ‘chain’ placed around his or her neck, and acclaimed by participants and spectators.

In 1993, nine local schools participated, meeting as a junior council and electing the junior mayor for that year. On that occasion the successful candidate was Melinda Illot from St Louis de Montfort school in Aspendale.6 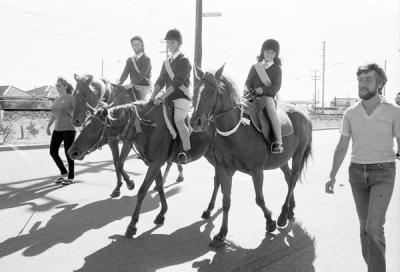 Three girls riding their ponies in the Grand Parade, Chelsea, 1986.

Given the complexity of the program, coordinating the many volunteers was a major task. This was a task in which Joyce Davis and the committee played a crucial role. There were marshals required to keep groups together in the parade and manage the placement of the floats. Marshals were also needed to guide the marchers, assist in the positioning of the bands, and keeping the entrance to the arena clear. An adult was required to march with every entry in the parade to ensure their safety as they walked on the roads towards the arena. There were traffic controllers, police on foot and in vehicles, an announcer, a cashier to receive money from buttons sales and donations, individuals to collect entrance fees to the arena from spectators, and individuals selling refreshments while making them available to band members without charge.

With the demise of the City of Chelsea and the absorption of the municipality into the newly created City of Kingston, the youth festival was maintained for a few years as a Chelsea Longbeach feature as originally conceived. Eventually it ceased and other community festivals took its place.