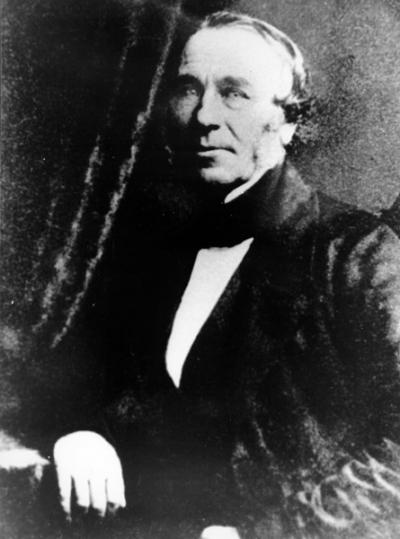 A pioneer is often described as ‘one who goes before to prepare the way for others’, and although temporary squatters used the Moorabbin area before Henry Dendy arrived, their interests wholly surrounded the breeding and grazing of cattle to be sold at the Melbourne markets. The squatter of course was essential to early settlers of the Port Phillip District, for without him and supplies of fresh meat provided through his cattle, the colony would have found survival even more difficult over the first ten years of existence than is now recorded. For him, land with a good natural water supply such as a river, or creek, or springs and a well, were of paramount importance; he was not at all concerned with those who might follow. In fact his greatest worry was that his squatting licence might be cancelled and the land sold to permanent settlers.

Henry Dendy on the other hand was a man of adventure with a pioneering spirit who purchased his estate in London and then returned to his native Brighton on Sussex by the Sea, where he recruited a workforce to follow him as free immigrants to work on his Special Survey. He next set out with three personal servants aboard the frigate, ‘The York’, for Port Phillip to take possession of the 5,120 acres promised to him under the terms of his purchase and after much deliberation, chose the land which he named Brighton, after his native town in Sussex. Dendy offered a prize for a township design which was won by H B Foot, the Surveyor who mapped out his survey in the first place. Foot’s plan not only provided for a township layout, but included a section in the present Bentleigh area for the establishment of small farms, and it was probably this aspect (which provided for others to follow) that won him the prize. 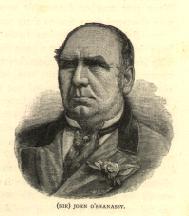 Dendy was what we may now regard as the first pioneer of Moorabbin, but as his land only covered about a third of the district, we must look to history to find out who pioneered the other two-thirds over which John O’Shanassy once ran cattle. Immediately it is remembered the King Brothers took over a portion of O’Shanassy’s run and following this information into the field of research, snippets of printed family history and letters to the Commissioner of Crown Lands, we prove that John King was the manager of ‘Kinglands’. He established a settlement known as ‘Irish Town’ near East Bentleigh for small farm holders arriving from the north and south of Ireland. John King would be regarded as the first pioneer of Cheltenham. On the opposite side of Nepean Highway to ‘Kinglands’, James B Moysey obtained pre-emptive rights over a large area of land at the foreshore end of Charman Road and developed another area for small farming businesses, and therefore became the third of Moorabbin’s first pioneers. From this it will be ascertained that Dendy, King and Moysey were our original pioneers. Alex McDonald (who established the hotel) is likewise credited with being the pioneer of Mordialloc. 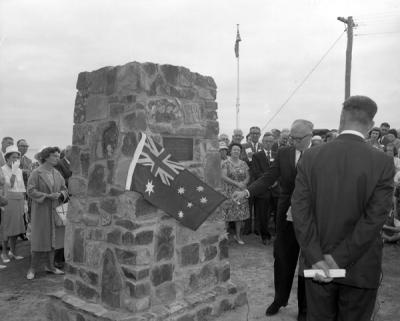 The three founders who arrived in Moorabbin during the 1840s, however, could not be regarded as the only pioneers; in fact every purchaser of land who settled on his property prior to 1862 must be seen as such. Moorabbin until that time was largely a wasteland attached to the Brighton Parliamentary Electorate; it had no municipal body to call its own and was regarded as unimportant to the Member for Brighton (J B Were) whose area spread to Mordialloc, while he himself rarely crossed South nor Arthur’s Seat Roads in pursuit of his duties. Even Charles Hotson Ebden who became Member for Brighton in 1856 and built Black Rock House was rarely seen outside his palatial home in the area where he lived. Yet it could not be said that Jonathon Binns Were and Ebden did not want to regard the south and east of Brighton proper as important; money for roads and public works was scarce, and as nearly ninety per cent of the electors lived north of South Road, or west of Arthur’s Seat Road, it was within these unofficial boundaries that members naturally attended to the needs of the majority of their electors. 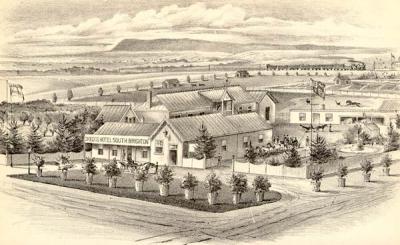 J B Were, during his term as first Member for Brighton, saw the Arthur’s Seat Road metalled to Bay Street (1856) in the interest of the Brighton people, while his successor who lived at Black Rock saw this carriage way extended to South Road in 1858. He then paid for the making of Bluff Road to his own residence. Jesse Morley, taking advantage of the new road terminus, built a large hotel where the Moorabbin Hotel now stands, as an outpost for travellers who ventured beyond Brighton, called Jesse Morley’s Plough and Harrow Hotel, South Brighton. Roads were the lifelines of the new Colony of Victoria, and the small isolated minority living beyond South and Arthur’s Seat Roads showed resentment at the tendency of politicians to pander to the Brighton people and their wants, while turning a deaf ear on Moorabbin’s very needs. By no means would they concede that they were paying the price of being pioneers. 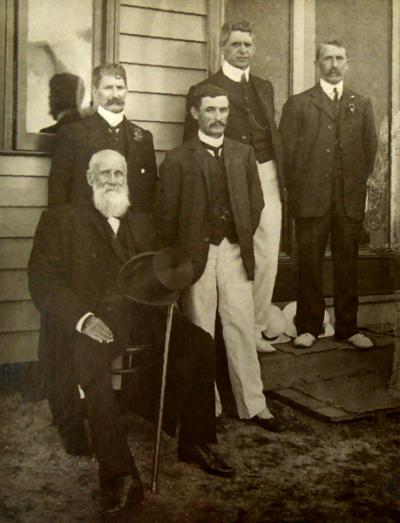 Fortunately for the historian of today, attempts by Dendy Survey residents to retain Brighton as an exclusive area in 1853 forced those outside the town to take action by petitioning for a post office in Moorabbin. This petition, although successful only after three years of discussions, was signed by practically every pioneer in the towns of Moorabbin, Sandringham and Mordialloc. The names form something of a comprehensive pioneer’s register covering those who took up residence here within two years of Victoria gaining severance from New South Wales, and many of them are known today merely as street names.

The petition signed more than 125 years ago has scarcely seen the light of day in all this time. The names of its signatories, however, have now been deciphered and are listed for the benefit of present and future studies in the same order as they originally appeared as they are for the first time printed.