John Weeks Ball was running a grocers shop in Falmouth, Cornwall in the early 1850s when for whatever reason he passed the running of the shop to his older brother, Luke, and sailed to Australia with his younger brother, William. John would have been around 25 years old at the time and William 18. The exact year they arrived in Melbourne and the ship that brought them still remains a family mystery. John teamed up with a 16 year-old girl, Jane Tucker, who was also from Cornwall where she had been working as a domestic servant only a couple of streets from where John had his grocers shop, so it is not known for sure whether they came out together or met in Melbourne.

It may have been the gold rush that lured them from the other side of the world, as they first headed to the Maldon area. John and brother William set up a butcher’s shop in Newstead. William was a trained butcher and they both dabbled in a bit of mining with little success. By 1860 they were declared insolvent with debts of nearly £500. The brothers tried again, opening a butcher’s shop in Sandy Creek, but again with not a lot of success. They must have been trying to make a few extra bob from the ‘back door’ as they had to appear in the Newstead courthouse on a charge of selling sly grog. They were fined £5 with 15/6d costs.

Back in court, this time in Maldon, John was fined 2/6 for leaving his horse and dray unattended while refreshing the inner man at the Royal Hotel.

Both brothers purchased land from the Crown in Welshman’s Reef where John’s two lots totalled 30 acres, and William’s 40 acres. They paid one pound per acre. Their intention was to try their hand at farming but John sold his land two years later and moved his family to St Kilda in 1877.

While in the Maldon area John and Jane had eight children prior to their marriage at Castlemaine in 1871. An additional two children were born later. They would have had trouble marrying when they first met due to the restrictions on a person under the age of 21 years. Jane would have needed parental consent but both her parents were dead. Nor was it always easy to find a clergyman. They married at the Registry Office in Castlemaine. 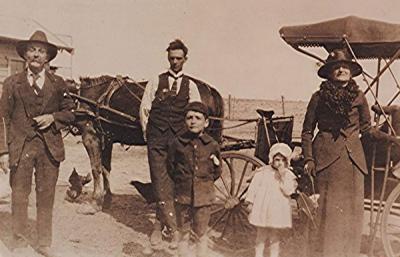 William married Bertha Barrett, a girl from Prahran, in 1901 and lived in Burwood for several years before buying land for a market garden in Malcolm Road, Mordialloc. William worked the land there from 1911 to 1928. Bertha died in 1926 and William remarried in 1928. After selling the market garden, William and family rented the residence behind an old shop that was situated on the south east corner of Bernard and Herald streets, Cheltenham.

William went back to Mordialloc and established a dairy in 1936 on the corner of White and Melrose streets. White Street is a continuation of Malcolm Road where William had his market garden. Later he opened a dairy in Canterbury Road, Vermont when all deliveries were by horse and cart. There were no bottles back then, it was all milk drums and ladles! William was a kind-hearted person and never stopped anyone’s delivery if they were unable to pay.

After William’s second wife, Alice, died in 1942 he retired to a small house in Coape Street, Cheltenham, where he died a year later after falling victim to the Typhoid epidemic that claimed many lives in the area. It was a little ironic that William spent a good part of his life owning and operating dairies as it was the milk from the Cheltenham Dairy that brought about his demise, as a worker in the dairy or one of its suppliers was a typhoid carrier. [see: Whitehead, G., Laying the Blame: The Typhoid Epidemic 1943, Kingston Historical Website, Article 25]

William Ball at the Cheltenham Dairy with two of his horses used in delivery of milk.

William and Bertha had seven children, but their first born, Urena Constance, died at age 14 months, Their second child, William Robert Alexander, was born in 1904, educated at Mordialloc, became a carpenter/builder, building many houses in the Cheltenham area. Taking a break from his trade, he followed in his father’s footsteps and built and ran a dairy in Park Road, Cheltenham. Later he built a new dairy in Station Street (now Station Road) Cheltenham which later became Moule’s Model Dairy. In 1939 he was having trouble keeping up supplies as the farm in Cranbourne where he was buying his milk was having a battle due to a prolonged dry spell. He decided to sell and took up employment at the munitions factory at Maribyrnong, where he remained for the duration of the war while living in Elman Road, Cheltenham. His next venture was a bakery in Seymour from where he would deliver bread to the Puckapunyal Army Camp. It was during one of these deliveries that he had an accident. His vehicle rolled and his nine year old son Robert had his arm severed. After the accident, William sold the bakery and with his wife Constance and their four children moved back to Cheltenham where he remained until his retirement. During this time his three daughters, Lily, Joan and Jeanette all taught Sunday School at St Matthew’s Church in Cheltenham. Robert (Bert) had a car specially modified to suit a driver with one arm as there were no automatic transmissions back then. William’s wife Constance died in 1955, he later remarried Hilda Warlow and, after his retirement, lived in a house that he had built in Warburton, later moving to Western Australia where he died in 1986. 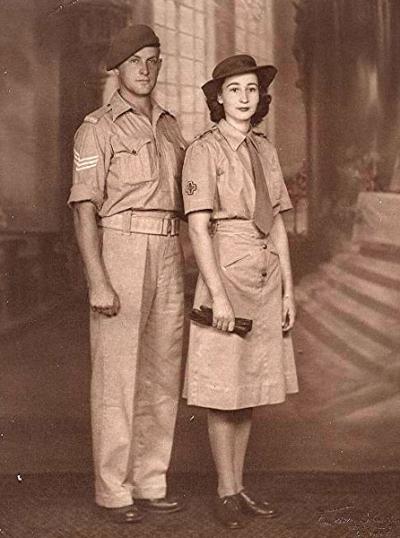 William and Bertha’s third child, Dorothy Jane Ball, like her brother, William Robert Alexander, was educated in Mordialloc and for a while worked at the Bridge Hotel on Point Nepean Road. In 1928 she married Roy Tilley, a market gardener from an early pioneer family in the district. They remained in Cheltenham all of their lives raising seven children.

Reginald John Weeks Ball lived for many years with his family in Highett Road, Highett, and was a technician with the PMG, the forerunner of Telstra. Like his brother, William, he also worked at the Maribyrnong Munitions Factory during the war years. During this time he invented a machine which the Army bought from him. The exact nature of the machine is not known as things were kept very secret during those years. Reg was a keen photographer and attended many weddings in the area.

Daisy Gwendoline was William and Bertha’s youngest. She joined the army during the war years and it was there that she met her future husband, Leslie Chipperfield. They were married in the Central Methodist Mission in 1944. After their army service they settled in Wagga Wagga, New South Wales, but later returned to the area and ran a small hardware store in the group of shops in Bernard Street, Cheltenham. They were trading around the time the very first Victa motor mower came on the market. Daisy and Les spent their twilight years in Currumbin, on Queensland’s Gold Coast.