Burial of Consumptives at Cheltenham

Consumption, a bacterial disease, was a major cause of death in the nineteenth century and earlier. It was a term used to describe a wasting away of the body. Later, the same condition was referred to as tuberculosis or TB. It is an infectious disease caught by others when individuals carrying the disease spit, cough, or sneeze without covering their mouth. Generally, it affects the lungs, but can also affect other parts of the body. Consumption was commonly referred to as white death, great white plague, robber of youth, or king’s evil. 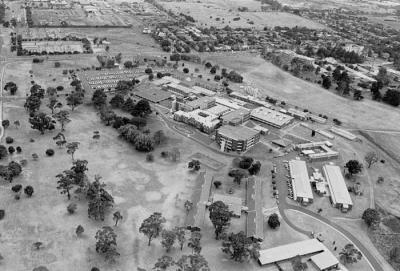 There were various cures for consumption in the 19th and 20th centuries, some promoted by charlatans; not all were acknowledged or accepted by medical authorities. Bed rest, clean air and nutritious food were seen as important. These were features of the sanatorium movement that became widespread in the mid-19th century, continuing for well over a hundred years. A writer in the medical journal, The Hospital, in 1899 said:

the main advantage of a sanatorium, which cannot be claimed elsewhere, depends upon the greater willingness of the sick to submit to discipline and to do what they are told where they are removed from the influences, and it may be, from the over indulgences of friends at home.1

Another source details the nature of the strict rules expected to be observed by all patients in a sanatorium:

No visiting the ‘tents’ of other patients, male and female patients not to associate while taking exercise, no excessive talking or laughing (injuries to damaged lungs), no singing, dancing or playing wind instruments. Women must not wear corsets and only unexciting literature is allowed into the sanatorium.2

When the Victorian government announced its intention to build a sanatorium on a portion of the land previously assigned to the Melbourne Benevolent Asylum at Warrigal Road, Cheltenham, there were protests from the Moorabbin Shire Council. Finally, the Council was induced to agree on the promise that the bodies of consumptive patients would be buried at the Springvale Cemetery rather than the Cheltenham Cemetery.

The Heatherton Sanatorium was officially opened on 27 May 1913 by Mr W H Edgar, the Minister for Public Health, and for a time was administered by the Melbourne Benevolent Asylum which supplied staff, food and other requirements.3 At the time of the official opening there were 50 inmates; three previously left of their own accord and two others had died.4 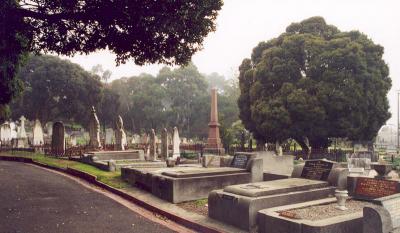 Although not having anything in writing concerning the agreement, Cr White, the Shire President, said the practice of burying consumptives in Cheltenham should cease and the remains of those already buried at Cheltenham should be exhumed and removed to Springvale. Cr Scudds thought this latter suggestion was too inhuman. Cr Mills pointed out that many consumptives had been buried at Cheltenham prior to the establishment of the Sanatorium. He asked ‘What action was being proposed for those remains?’ In the continuing discussion, Cr Scudds said that there was no trouble with germs when bodies were buried in graves nine feet deep, but he acknowledged there were cemeteries where bodies were only two or three feet from the surface.6 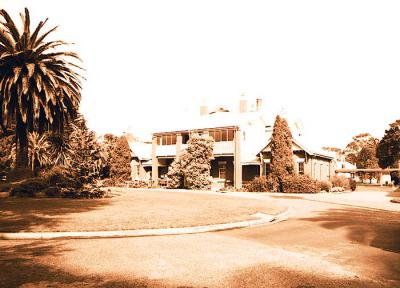 A deputation from the Moorabbin Shire, consisting of the Shire President, Cr White, a trustee of the cemetery, Cr Mills, and the Shire Secretary, met on 9 July 1913 with the Board of Health. Cr Mills explained to the Board that the cemetery had been given to the people of South Brighton and Mordialloc, but later the Railway Department took one corner and as compensation the trustees were allowed to extend in another direction. Four acres, he said, were filled-up and the newly assigned four acres were now available. The burials from the Benevolent Asylum averaged from 4 to 5 per week, whilst five persons from the Sanatorium had been buried in the two months since its opening in May.

Cr Mills emphasised that, as the Springvale Cemetery was only 5 miles away, the residents of Cheltenham contended that these bodies should be either buried there or cremated. Another suggestion put forward was that two acres of the one hundred plus acres assigned to the Benevolent Asylum should be set aside for burial purposes. Consumptives from the Sanatorium already were buried in the same grave as the bodies from the Benevolent Asylum.7 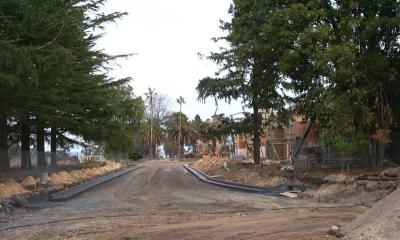 When a member of the Board asked Cr Mills the depth of the graves he replied ’nine feet’. The Board member replied ‘surely not much harm then? Cr Mills quickly pointed out that often three bodies were placed in the one grave. After further consideration, the Board resolved that no more bodies from the Benevolent Asylum or Sanatorium should be buried in the Cheltenham Cemetery as spaces there would be required by local residents.8 Despite this recommendation, consumptive patients from the Sanatorium were still being buried in the Cheltenham Cemetery in 1929.9

The consumptive or tuberculosis epidemic reached its peak in Victoria in the mid-1950s, causing the erection of additional buildings for both patients and staff at Heatherton. With the dwindling number of patients in the 1970s the Sanatorium was renamed the Heatherton Hospital and by the early 1980s it was no longer required for its original purpose. It then became a centre for psychiatric patients.10 The Heatherton Hospital was officially closed on 30 January 1998 and the land was sold for redevelopment.