The local football competition was of interest to many people living in small communities in the area south of Caulfield. It was a thread that brought together many individuals: umpires, coaches, trainers, spectators and supporters. In 1909 four teams formed the Federal League with Moorabbin being a member of this founding group. 1 Moorabbin went on to be a very successful club, competing and winning twelve premierships -1914, 1926, 1927, 1930, 1931, 1933, 1940, 1941, 1945, 1946, 1947, and 1948. The club was rarely out of the final four in any year, premierships being runners-up in five years in addition to its premierships.

In 1951 the Moorabbin club decided to leave the Federal League and join the Victorian Football Association where competition was stronger, and the move was viewed as a promotion. The club’s original home ground in Dane Street, Moorabbin was judged inadequate for the new competition so for the first year the club played on the Cheltenham Recreation Ground. The following year the club moved to a new ground in Linton Street, Moorabbin which the Moorabbin Council had developed. There the club again performed well reaching the finals in several years and winning premierships in 1957 and 1963. The following year, 1964, the Moorabbin club was ‘ejected’ from the Linton ground so that it could be made available to the St Kilda Club, a Victorian Football League (VFL) team, the top Victorian football competition. 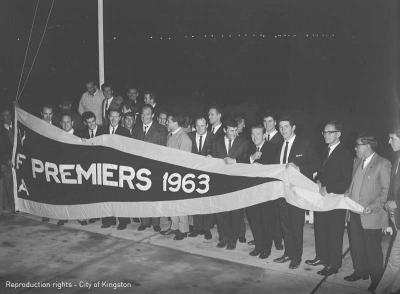 For some time, several Moorabbin councillors had seen benefits for the municipality in hosting a VFL team and negotiations had been initiated with Richmond and Fitzroy clubs to achieve those benefits. Both clubs rejected the opportunity offered. On 23 March 1964 it was announced that the St Kilda Football Club would move to Moorabbin with a 21 year lease and amalgamate with the Moorabbin club. However, in a Moorabbin News item on 9 July 1964 it was noted the lease signed by the two parties was for seven years. 2

Some individuals praised this decision while others feared the impact it would have on the Moorabbin Football Club, its players, and its identity. Part of the lease agreement was £100,000 to be spent by the Moorabbin Council in one year on ground improvements. The council agreed to apply to the State Co-ordinator of Works for permission to borrow the money. 3 In return, the council was to receive a percentage of the gate takings. There was also the possibility that the council would obtain revenue from car parking fees. No decision was made regarding the allocation of a ground for the use of the Moorabbin Football Club. 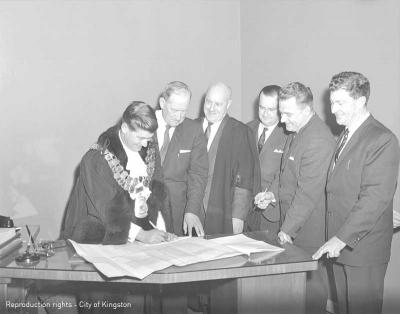 Moorabbin Council’s plan was to spend the promised £100,000 mainly on a new pavilion, grandstand and terracing of the outers on the Linton Street ground. The finance needed to make the ground improvement was to be raised by a loan repayable over a 45 year period. Ratepayers were not required to fund the project through a rate increase. 4 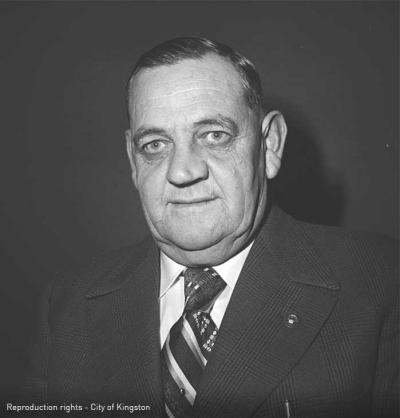 Five months later, on 3 April 1964, the VFA Board of Management considered the implications of the proposed merger of the Moorabbin Club with St Kilda Club and reached the decision that the Moorabbin Club should be suspended from their competition. They found that the Moorabbin committee had committed an act ‘prejudicial to the VFA’ in that it condoned the takeover of the Linton Street ground and favoured amalgamating with St Kilda in the VFL. The Board voted 30 to 12 in favour of suspension. At a subsequent meeting, the Association refused to review this action.

Don Bricker, the president of the Moorabbin Club, believed the VFA suspension had done the club a favour as he believed that the Association was ‘the graveyard of football clubs’. 8 Following a public meeting at the Moorabbin Football Club rooms at Linden Street the club decided to leave the Association and to explore the possibility of re-joining the Federal District League which they had left thirteen years previously. 9 This return did not eventuate.

In July of 1964 there were some Moorabbin committee members who hoped the club would ‘emerge from its sleep’ and be accepted back into the VFA competition for 1965. Discussions were being held with the Board of Management of the Victorian Football Association and with the Works Committee of the Moorabbin Council. The success of this desire centred on the council allocating a playing area with amenities up to a standard acceptable to the VFA. For its part, the council was declining to nominate a ground until the attitude of the Victorian Football Association on Moorabbin’s proposed re-entry was revealed. This impasse was difficult to overcome. 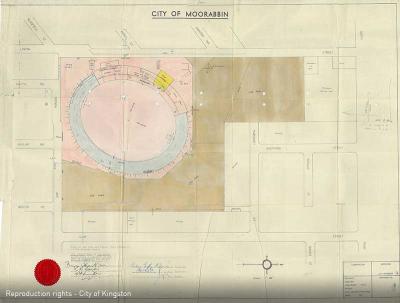 Representatives of the Moorabbin club made it clear that they did not want to return to the Dane Road Reserve but believed, with improvements, Bailey Reserve in Boundary Road, East Bentleigh was a possibility. A month later, the football club committee wrote to the council noting that the Highett West Reserve lent itself to immediate development and would meet their needs. 10 This new committee, which had been formed at a public meeting on 13 July resolved to promote the interests of the club, to seek in any and every way possible the reinstatement of the Moorabbin Football Club in the Victorian Football Association, and to seek assistance from council that it would provide the club with an alternative playing area and club rooms of a standard acceptable to the Association.

Early in the 1980s the name Moorabbin Football Club was revived when the Federal League team McKinnon changed its name to Moorabbin. Tina McGuffie, writing in the Moorabbin Standard, believed the newly named team was hoping to attract some of the glamour and glory the original Moorabbin side had gained in the early 1960s. 11 The team lasted for one season before it folded due to the lack of players.