The Attenboroughs: Pioneers of Dingley 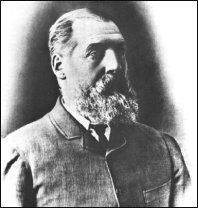 Two of the most noteworthy of the early settlers in the Dingley area were Thomas Attenborough and his older sister Mary. Both arrived in the new colony of Port Phillip (Melbourne) aboard the good ship Roxburgh Castle in July 1853 as immigrants. Within three years (1856) they had purchased a 170 acre property in the Parish of Mordialloc from one Patrick Riley for the princely sum of 280 pounds. It was on this property that they settled and built a family home which they called ‘Dingley Grange’. The name was derived from Dingley Hall (Dingley) in the County of Northhampshire, England, where they had both originated. This is the first known reference to the name Dingley in this area.

It must have been a daunting task for people such as Thomas and Mary Attenborough to leave England and come half way round the world to a new colony called Port Phillip, then travel overland from Melbourne along rutted, rough bush tracks, arrive at a bush land property they had purchased and then set about clearing it, building a home, erecting fences, growing vegetables and then stocking it with cattle and sheep, thus becoming self sufficient in all ways.

Thomas and Mary Attenborough were two people who came to this district looking for a challenge and to carve out a future for themselves as property owners. In doing so they became heavily involved in community affairs. From 1864 to 1869 Thomas served as a member of the Moorabbin Roads Board and it was during this time that he decided that a school was needed somewhere in close proximity to Dingley Grange. So in 1867 he conceived a plan to erect a "Kingston Common School". He formed a committee comprising of himself and Messrs H. Way, J. Stooke, J. Aitken and P. Robinson and together they sought a grant of 50 pounds from the Board of Education to establish this school. It was in April 1868 that their recommendation for a grant was approved by Inspector Sasse from the Board of Education and they were given permission to start building a wooden school building, not the brick structure that they first wanted. The school was built on land that had been set aside by the Surveyor General in Old Dandenong Road, Kingston/Heatherton where the school still stands today.

Both Mary and her brother Thomas, who were devout members of the Church of England, decided that there was a need to build a church, so they did just that. Mary used the land that she owned at the intersection of Old Dandenong Road and Centre Dandenong Road, opposite their home and it was there on February 12, 1873 that the foundation stone was laid by the Rev. J.R. Gregory. Seven months later on September 21, 1873, Christ Church was officially opened and dedicated by the then Bishop of Melbourne, Bishop Perry. 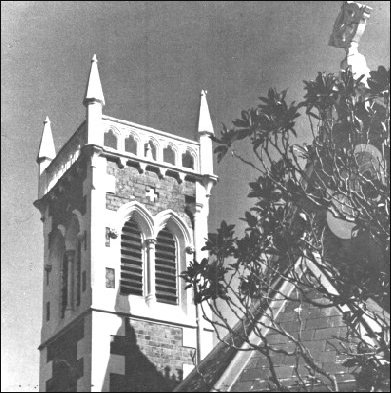 The Tower of Christ Church, Dingley.

Mary Attenborough passed away at Dingley Grange in 1876, and with her passing the people of the area lost a great friend. She was a person with a heart of gold and an inspiration to all those who followed in her footsteps.

In 1882, six years after the death of his sister Mary and on his retirement from the Dandenong Council, Thomas Attenborough decided to return home to England for a holiday. It was during this visit to the old country that he met Mary Jane Stokes and was married at a church in Dorsetshire. On his return to Melbourne with his new bride he sold Dingley Grange and purchased a stately home in Charman Road, Cheltenham. He took up the position of magistrate on the Police bench at the Cheltenham Court House and served there from 1885 to 1895. 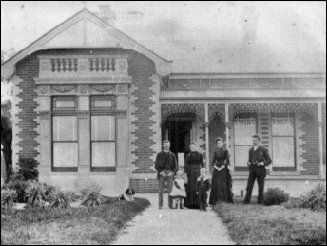 Attenborough home on the southern corner of Charman Road and Coape Street. The photograph shows the Fairlam family who were later occupants of the house.

On August 10, 1899 at the age of 70 years, Thomas Attenborough passed away at his residence in Cheltenham and was buried in the same grave with his sister at the Cheltenham Cemetery. Both Thomas and his sister Mary will always be remembered as two people with a vision, who helped to pioneer this area during those early days.