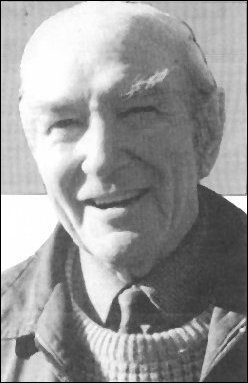 Tom Sheehy was appointed Historical Research Officer of the City of Moorabbin Council in 1962 for the purpose of carrying out a study of Moorabbin’s history and making his findings available to the public. Tom produced a monthly bulletin with the cooperation of others. It was distributed to each Member of Parliament, Councillor, school and municipal library connected with the City of Moorabbin. The bulletin had the name mooroobin, the aboriginal term used to describe the locality.

A third generation Australian, Tom was born in Marrickville, Sydney in 1920. On leaving the Ashfield Public School when fourteen years of age he became an unindentured mechanic working on hand-pushed lawn mowers, bicycles and motor cycles but at the same time spending weekends at Mascot learning about aeroplanes. At 15 he became a racing cyclist and began writing commentaries for Sydney newspapers. During the war he was an Aero Technician with the RAAF. After the war he worked for a time with the Snowy Mountains Authority before moving to Melbourne and beginning to study local history.

He moved into the City of Moorabbin in 1948 where some twelve years later he suggested to the then Mayor that Moorabbin should form an historical society. This was a time when only about five such organisations existed in Victoria. Tom was elected first president. Later he accepted the position of Historical Research Officer and held the position for thirty years. During that time he wrote over 1000 papers ranging from 300 words to books of 200 pages. His work is remembered on a plaque placed in the Frank Le Page Library at Cheltenham.