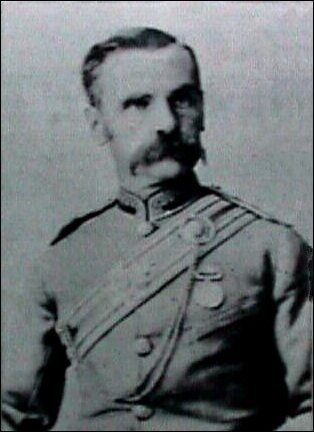 Robert Rigg in the uniform of an officer in the Victorian Rangers.

School inspector reports were critical of Robert Edward Rigg, headmaster of Mordialloc State School from 1877 to 1905. Successive inspectors felt that his discipline was deficient. There is the implication in Inspector Cox’s report in 1879 that the lack of discipline existed because Rigg “did not give very bright lessons” and went on to suggest that Rigg did not “devote himself to his work as he might.” Inspector Curlewis in 1892 thought that Rigg “did not have the temperament of a good disciplinarian but believed he was doing his best.” Nine years later Inspector Swindley noted that Rigg “worked steadily and taught in some respects with intelligence” but believed he, “should exercise more thorough effective supervision and train the pupils to habits of quiet careful work.” Other reports suggest he was a fair and industrious teacher who was desirous of giving satisfaction, although sometime in a somewhat slipshod manner.

Robert Edward Rigg, born in London on January 29, 1847, arrived in Victoria on the Barrackpore in 1854. In 1870 he married Sarah Ann Webster of Brighton, and on May 14, 1873 he was appointed second assistant at Tarnagulla School No 626 in the Maryborough District. Then followed several school appointments including Sandhurst State School No 586 where he was a paid pupil-in-training at the minimum salary of £80 per annum in October 1894. He was at Bendigo, Gravel Hill the following year. On August 18, 1875 he was appointed Head Teacher of State School No 1466 at Keysborough and it was while there that he was ‘certificated’ having passed several Education Department requirements. He passed N of L & C L & CD. (Notes of Lessons, Class Lesson and Class Drill). While at Keysborough his inspector’s report indicates he was a fair teacher who appeared to be somewhat depressed, a condition that “pervaded the atmosphere of the school.” 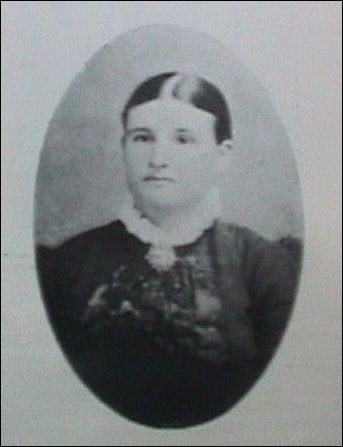 From Keysborough, Robert Rigg was appointed to Mordialloc State School where he took up duties at Head Teacher on February 28, 1877. On that day there were 68 children in attendance. Shortly after his appointment he was writing to the Department complaining about the inadequacies of the school building. “It was dreadfully cold and provided ‘free course’ for wind entering from one end and passing through. When the wind was northerly there could be no fire, the smoke nuisance made it impossible.” Rigg wrote again on the condition of the building in 1883 when he informed the Department that he had sent the children home because of the dangerous state of the building. “I considered well before I took this action, as I know the gravity of such a step, but I preferred to do it rather than allow the staff or scholars to be injured. The building bent with the force of the wind to such an extent that I was afraid it would collapse.”

Correspondence from Rigg to the Department in 1886 and 1888 again related to buildings but on these occasions it concerned his residence. Because of his expanding family he needed additional accommodation so he built on a room at his own expense. When the Department came to paint the house they refused to paint the extension. In the view of the Department, “It wasn’t their room so Mr Rigg was told he would have to pay.” He refused to accept what he considered to be a high quote so arranged to have his extra room painted by private contract.

When he moved his family to Malvern he rented out the teacher’s residence at fifteen shillings per month and five shillings for his room. As a consequence the Shire of Moorabbin charged him rates. Incensed by this action he challenged the Council’s decision in the Cheltenham Court but he was unsuccessful with his plea.

Inspector Curlewis of the Education Department wrote “Mr Hart’s (the previous inspector) report and my examination show that during 1889 at all events he neglected the interests of his school” and again in 1891 Curlewis wrote, “From the results of the examination & from the appearance of the buildings I do not consider that Mr Rigg gives to the school that steady application which he ought to give.” This lack of attention to the school might have arisen from Robert Rigg’s strong involvement in other community activities. In a letter address to the Town Clerk, City of Mordialloc in 1961, C. A. Anderson, an early resident of Mordialloc wrote, “The State School was a small single storey building. Three sides had verandahs and the caretaker’s house was on the fourth side. The master was Major Rigg and being a man of note attended all funerals etc.” In 1885 it was Robert Rigg who brought to the attention of the Shire of Moorabbin the desirability of sinking an artesian well in the Mordialloc district. And prior to that time he was a pioneer in the establishment of the Wesleyan Church in Mordialloc and the initiator in the formation of a company of the Victorian Rangers at Cheltenham.

In the year of Inspector Curlewis’s first negative comments regarding Robert Rigg’s attention to school matters, Rigg was establishing a company of the Victorian Rangers at Cheltenham. He was already an active member of the Brighton Rifles when on a military camp at Langwarrin he gained the approval of Major Otter to form a Moorabbin company but only on the condition that he gained the signatures of 120 men willing to become members. At that time a Lieutenant, he had the assistance of Lieutenant W McKnight, also of the Brighton company, in organising meetings at Cheltenham, Mentone, Mordialloc, Bentleigh, Moorabbin, Somerville and Mornington; no doubt a time consuming affair. ‘G’ Company came into existence in 1889 with Rigg in charge with the first detachment drilling at the Mordialloc State School. He was promoted captain in 1890 and in the following year major in the Victorian Rangers. Associated with him were Lieutenant A. Lloyd (adjutant), Lieutenant G. Stayner (quartermaster), Captains W. McKnight, A. W. Rodd and R Sillett (commanding G., H. and I. Companies) and Quartermaster-Sergeant J. McQueen.) Consequently at the time of Curlewis’s comment he was heavily involved in military matters.

Almost from the time of his appointment to Mordialloc Rigg worked to build a Wesleyan congregation in the district. In the Spectator, (c1900) the official journal of the Methodist Church, he was the author of the history of the Moorabbin Circuit of which Mordialloc was a part. There he recorded that he preached at the Easter service of 1877, held with permission in the Church of England, and on that occasion S.G. Rigg played the organ. Later services were held in the school. Approval had been given by the Moorabbin minister for Rigg to become a class leader.

The Rev Ralph Brown, the minister in charge of the Brighton Methodist circuit, after urging members of the Mordialloc congregation to build a church, formed a committee of which Rigg was a member. The first meeting of the committee was held in Rigg’s home. Membership included Rev R. Brown, Messrs Jamison, Hill, Winter, Davies, McMahon, Saunders, Miller together with Rigg.

In writing the history of the church in Mordialloc Rigg noted that flies were especially bad in the summer time and were “very much in evidence during church time.” As a result, “One member of the church took the duty of ‘fly-brusher’ and he, when not engaged in preaching in other parts of the circuit, would station himself in the church porch and brush the flies off the people as they came in, and they could sit in comfort in God’s house, and did not require to fight the flies all the time.” Perhaps Rigg was the fly brusher?

Three years later, in 1896, Robert Rigg was again engaged in efforts to provide for the spiritual needs of members of the local community. This time he was authorised by the local preacher’s meeting to conduct services for people living on the Carrum Swamp. Together with Messrs Shatwell, Davies and Bleazley he walked about three miles to the disused Richfield racecourse where he had permission to use one of the rooms for a church service.

On November 6, 1905 Robert Rigg transferred to Cranbourne State School and it was from there that he retired from the Education Department on January 31, 1907 after 32 years and 323 days of service. His average salary over the last three years was £245.13.0 and his pension was £131.0.3 from February 1, 1907. Perhaps his retirement came as a relief from adverse comments of school inspectors and the demands of maintaining discipline amongst his pupils.

With retirement came the opportunity to enhance his engagement in those church activities where he had made a major contribution. For a period of eight years he served as a Home Missionary with appointments at Drouin, Walhalla and Lancefield. He died at his home in Malvern in 1924, “A true & faithful servant for his Lord.”