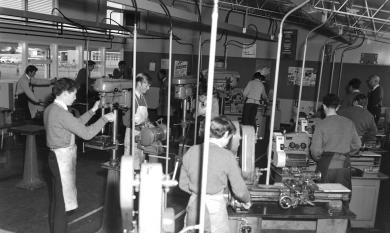 Aspendale Technical School
The Establishment of Aspendale Technical School is a story that recalls the efforts of several local communities to gain the option of a technical education for their children. Opened in 1959 the school suffered a serious blow when fire in 1971 destroyed science, social studies and art rooms, as well as general classrooms. The principal also lost his office. A significant development occurred seven years later when the school was declared a co-educational facility.
Subscribe to schools &amp; colleges