South African Memorial on corner of Point Nepean and Chesterville roads with Mechanics Institute on the right. 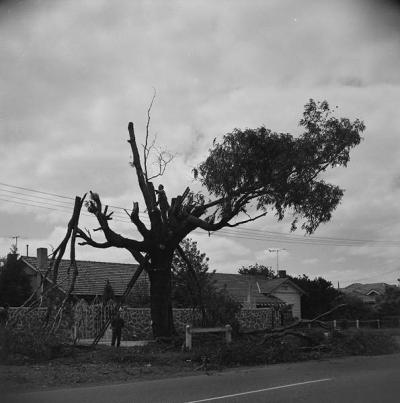 Before peace was declared to end the First World War, members of the Moorabbin Shire community were discussing how they should acknowledge the contribution of local people who were involved in the conflict. They wished to recognise both those who were killed and those who enlisted.1 The proposal to create a treed avenue of honour was put forward by a committee of the Cheltenham Progress Association convened by F. Livesley and was implemented in 1917. One hundred and ninety Australian native trees were planted from Centre Dandenong Road along Point Nepean Road (now Nepean Highway)to Mentone.2

Sixty three months later in 1925 the planted trees became the focus of attention because of their poor condition and lack of appropriate attention. Again the Cheltenham Progressive Association was in the forefront of the action.

A deputation from the Association, together with representation from the local Returned Soldiers’ Branch, waited on the Moorabbin Shire Council. The two bodies presented their views on the necessary improvements to the Avenue of Honour in Point Nepean Road and also the maintenance of the South African Memorial. They argued that the condition of the memorial avenue was far from satisfactory and reflected poorly on the Council and the residents of Cheltenham. Many trees were dead or unsightly through mutilation; trees had been lopped where they interfered with overhead wires; tree guards needed straightening and repair; and name plates had been removed or vandalised. 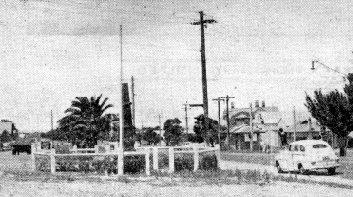 South African Memorial on corner of Point Nepean and Chesterville roads with Mechanics Institute on the right.

The deputation proposed that, where lopping was thought necessary, it should be carried out by competent men, grass should be kept cut and the whole course of the avenue restored to its former appearance. Rockeries with lawns should be constructed. Forty two trees were dead and many required attention. The fact that some of the dead trees were originally planted in holes that were low lying and sodden suggested that expert advice was needed.3

At a meeting of the Cheltenham Progressive Association, held a month after the deputation to Council, the issue of pruning was the centre of attention. It was claimed that the pruning was destroying the beautiful avenue of trees for all time. Trees were being mutilated. Who were the perpetrators of this action, asked Mr Moorehouse? Mr Eckerstein, who held government diplomas on pruning, said the person carrying out this task was completely ignorant of the principles of pruning. Pruning, he said, should be done when the trees were dormant. It was moved by Mr Balcombe and accepted by the meeting that the Council should be asked to cease pruning until further discussions were held.4

A damaged South African War or Boer War Memorial on original site on Point Nepean Road with plantation of trees and Memorial Hall in distance, 1961.

Most of these recommendations were accepted by the people present at the meeting. The idea of painting the tree guards white was rejected although it was agreed that name plates could be painted white with black lettering to identify the name of the soldier remembered. It was also accepted that replacement trees should be purchased from private nurseries because trees supplied through Government nurseries were generally too small.5

Some efforts were made to improve the avenue of trees with occasional lopping and cutting of grass, but with the aging of the trees their health and appearance suffered. Their end came when the single metal road was gradually broadened to accommodate heavier motor traffic and turned into a divided highway of six lanes. The names of servicemen honoured by the avenue of trees continue to be recorded on the two obelisks that were originally outside the Memorial Hall on Point Nepean Road and are now at the rear of the Cheltenham Moorabbin RSL building in Centre Dandenong Road, Cheltenham.