People who lived in Mentone during the twentieth century, south of the railway station, knew the sound of the hooter at Prince’s Laundry which signalled times when work began and ended each day. It almost said, 'Time to start work' and 'Knock off now'. Prince’s Laundry was located in Warrigal Road (on the section called 'Moorabbin Road' until 1948) in Mentone, a few blocks north of the railway crossing. It was located on that site from 1920 until just after 2000 when it was relocated to the industrial area in Braeside-Mordialloc.

But the business began long before it was sited in Warrigal Road. In 1905, its founder, John Prince, set up a small laundry service using part of his home in Como Parade East near Rogers Street in Mentone. Prince's home-spun laundry did well and by the end of World War One he needed to look for more spacious premises to handle the bigger workload. In 1920 he moved to a house on a bigger block nearby, in Warrigal Road, and added more workspace to the existing premises so the business could grow. John Prince was not strong physically and became so ill in the early 1920s that he transferred the business to his son, Harry, who presided over the firm as it expanded through the next two decades. Harry Prince even established a Prince’s branch in Glenhuntly. He was a thrifty business man who worked tirelessly. At one stage he picked up and delivered laundry by carrying it in a handlebar basket on his pushbike.

By the late 1930s Prince’s Laundry was handling so much business that it was housed in a new large factory on the Warrigal Road site. This had been built with a brick front section and entrance, proudly proclaiming its name in large letters that invited the general public to use the services provided by dropping off clothes and other items to be washed and ironed. 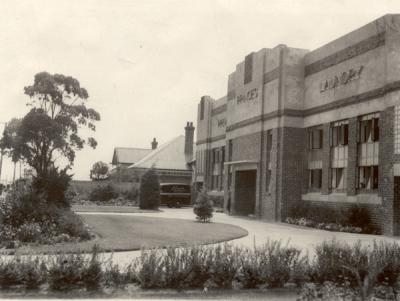 The Mordialloc City News, a local paper that had a wide circulation during the 1930s and war years, published a large feature article on Prince’s Laundry in 1944. It explained the good fortune to local people of having such an industry in Mentone, especially during the war years when other businesses had closed. Laundry work, serving the needs of hospitals and other service industries such as guest houses, was vital in our area which had private hospitals and many holiday houses that attracted visitors to the district. The article also made mention of the employment that was created at a time when other jobs had disappeared because of the Second World War. Harry Prince urged his employees, many of them young females, to play a role in public life. One activity he was proud of was the Prince’s staff canvassing for subscriptions to war loans. Prince’s employees had raised over two thousand pounds for their War Savings group. They had raised enough to help fund the purchase of two ambulances that were donated to the Army by Mordialloc Municipality. Prince’s staff also contributed generously to the Prisoner of War relief campaign. These patriotic causes were financed by using the hundreds of pounds raised by Prince’s staff. They ran raffles and some Saturday night dances to collect the money.

During the war Monty Davis, a well-known local resident, joined the Prince’s staff, firstly as a driver and then as a manager for several decades. His wife, Sylvia, also worked for the company during the war. She was the firm's first female driver, collecting and delivering laundry around many suburbs in her small van. The Davis family later set up the Mentone Florist shop, opposite Mentone Station. 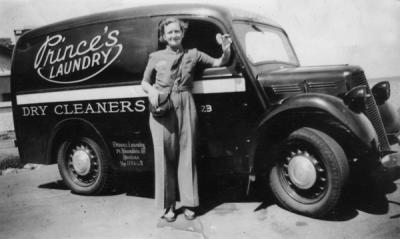 Harry Prince was proud of the contribution that his laundry made to community life in the district around the Mentone area that it served. He explained to local folk that during World War 2 the bulk of the work was for the military forces, but predicted that after the war the whole community would use big laundries like Prince’s. In fact the expansion of Prince’s during the war was a key factor in converting it into large scale operation and new market areas. Harry Prince, pleased at how his firm had grown during the war, predicted that after the war sending soiled clothes to the laundry would become universal. He was not to know that affordable washing machines would become very common in home laundries during the 1950s and 1960s. Most washing and ironing was still done at home by the housewives. The number of people dropping off bags of clothes to be laundered at Prince’s factory was substantial but not universal, though their dry-cleaning service grew. Prince’s did deals with shopkeepers in the surrounding district so that shoppers could drop off clothes and pick them up in a few days, dry-cleaned and looking new. However, other dry cleaners established laundry pick-ups in shopping centres, so Prince’s had more competition than Harry Prince would have liked.

During the 1950s Ivan Prince, Harry's son, took over the management of the business and developed it for several decades. He introduced modern technology to the plant in Mentone, investing large segments of the company's capital. The firm was one of the first launderers to install computerised accounting and administrative methods. After 1950 Prince’s had increased its servicing of private hospitals and that became a key part of the business. By the late 1970s the company had constructed a specialised linen service plant at Box Hill which satisfied the needs of many hospitals and nursing homes in Melbourne's eastern suburbs. St Andrews in East Melbourne and St George's in Kew were the first hospitals to use the Prince’s linen service. As a result of these big contracts with firms that provided large volumes of work, Prince’s grew to be a much larger company. The firm invested in technology. Prince’s now has the latest in laundry hardware. For example, it has nine machines called Continuous Batch Washers, located in its five plants in Victoria and Queensland. The Queensland enterprise represents a step towards the creation of a national firm. 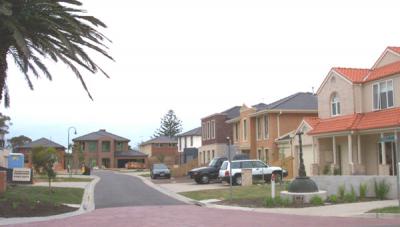 By 2005, its centenary year, Prince’s was employing over 400 staff and processing 25 million kilos of linen each year. The Warrigal Road factory is no longer there, having been demolished for housing development. During the early 2000s the works were moved to Braeside where they continue to operate. Prince’s also established laundry branches in South Yarra, Glenferrie, Dandenong and Box Hill. In 2005 the large corporation, Brambles, bought the Prince’s business and it continues to trade, mainly throughout Melbourne.

In Mentone, after the demolition of the Warrigal Road building, there was a program to build rather up-market houses on the site. They face into a small court named after the founder. Near the entry to Princes Court there is an unusual metal monument, dedicated to Prince’s, that acts as a memorial to an enterprise that Mentone fostered for around a hundred years.

A lot of material I have used in this article came from John Van Echteld, a worker at Prince’s for many years. Ivan Prince ended up giving John ownership of the Dandenong branch the firm had established. John came from Holland in the 1950s and worked at Prince’s for many years. He knows more about its history than anyone outside the Prince family. I appreciate his help in recording the story of an important Mentone business.