The 35th Annual Exhibition of the Brighton Horticultural, Poultry and Dog Society was held in 1897 in the Brighton Drill Hall. The Governor of Victoria, Lord Brassey, attended to open the two days of celebration to which local residents were encouraged to attend and pay the one shilling admission.1 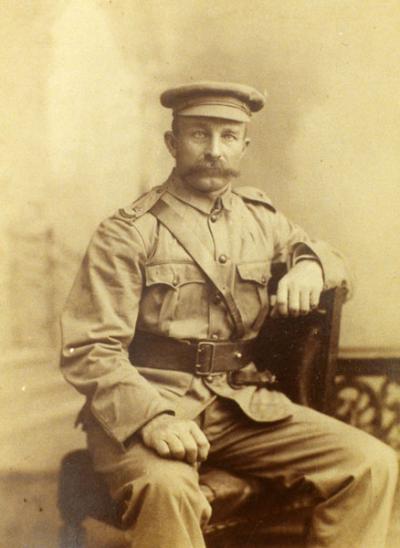 In that same year a ‘committee of gentlemen’ from the Moorabbin Shire organised a similar event and at its conclusion decided it should become an annual affair. To implement this decision a local meeting was organised to form a horticultural society of their own. The meeting, chaired by Captain McKnight, was held in the Drill Hall at Cheltenham.

A great deal of meeting time was devoted to discussing the formation of a committee to make policy and direct the actions of the new organisation. Initially, a committee of seven was proposed but this was quickly challenged with a counter proposal of a committee of twenty five. It was argued this number would allow the inclusion of members of earlier local committees and individuals not present at the meeting. Finally, a compromise number of fifteen was suggested and accepted by the meeting.

The people elected to fill positions on the new committee were:

Of this number, Messrs Burgess, Woolnough, Allnutt, Parsons, Penny and Briggs were appointed to draft rules and regulations for consideration at a future meeting of the society.2

At the committee meeting in 1899 several donations were received for prizes. Mr W Purves, who donated £3, 3s for first prize for the champion collection of twelve varieties of vegetables, called attention to the lack of provision for second and third prizes in the program. The committee acknowledged the oversight but felt it was too late to make changes to the schedule. However, they did agree that Mr Westwood should be invited to install his merry-go-round in the grounds if space was available, but if he accepted the offer he would be asked to pay one pound for the two days. Mrs Keys was also to be approached for permission to use her paddock to hold horses and vehicles, and tenders were to be called for ‘a band of not less than eight performers to entertain at both evenings of the show’. Sir John Madden, the Lieutenant Governor and Chief Justice of Victoria, was invited to officially open the show.3

The following year (1900) the committee of the Moorabbin Horticultural, Poultry and Dog Society organised their third annual show. Again the show was held in the Cheltenham Orderly Room and ground. The correspondent for The Age newspaper claimed there was a marked improvement in the ‘quality of the displays and the exhibits were very numerous and of a high order’.

The annual spring show for 1903 was opened by His Excellency the Governor, Sir George Clarke, accompanied by his wife Lady Clarke. In his speech the governor praised the society for the wonderful exhibit which showed the great resources of the district both in terms of variety and quality. So pleased with what he saw, he asked the president to remind him next year to offer a prize in the show. This was done and the governor donated the Rose Challenge Cup for presentation the following year.7 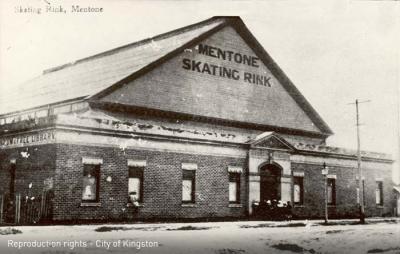 Sir Reginal E Talbot was the Governor of Victoria at the time of the seventh annual spring show which he attended and opened. This was the first occasion that the show was held in the skating rink at Mentone. The Victorian Premier, Thomas Bent, was amongst the guests when he commented on the evidence of the district’s prosperity. He also indicated his intention of asking the Minister of Lands to set aside a portion of the reserve at Cheltenham for show purposes.8

The Moorabbin Show continued to be held at Mentone until 1911, and on a number of those years Thomas Bent attended. At the 1905 show he told the audience he could remember when the district could not make as fine a show of flowers and produce as displayed that year. Urging people to take up positions on the land, he reminded those present that he assisted in the formation of the Brighton Horticultural Society and won first prize for his radishes; a comment that amused the audience.

At the 1907 show prizes were given for a variety of animals including medium draft horse, buggy horse, gents’ hack, pony, pony high jump, dairy cow, heifer, boar and sow, sow and litter. Amongst the prizes for dogs were those for: St Bernard dog, borzois, pointer, setter, cocker spaniel, collie, fox terrier, Irish terrier and Pekinese spaniel.9

His Excellency the Governor, Sir Thomas Gibson-Carmichael, attended the 1908 show accompanied by his wife. They travelled to the show by car and were met by the Premier (now) Sir Thomas Bent and officials from the local Moorabbin Council and members of the Society. When the Governor stepped forward to deliver his speech and declare the show open, the dogs and poultry separated from the dais by a thin partition began barking and cackling making the address almost inaudible.10 When Dr Joyce as president of the society welcomed the Governor and his wife, he valiantly persisted for five minutes under extreme difficulty.11

In 1912 the show returned to the Orderly Room and surrounding grounds at Cheltenham. The local politician, Mr Snowball MLA, opened the show. Once again it was marked as a success, with an excellent collection of dairy cattle and draught stock. As in previous years, the display of vegetables was a feature of the show.12 It was the next year that the decision was made to change the venue but this time it was to the Cheltenham Recreation Reserve. This change was not greeted favourably by all local residents at first; nevertheless it was called a success.13

The organising committee recognised that various improvements were required for future shows. While the location was considered ideal, accommodation for staging displays needed attention and considerable clearing of the site was necessary. The planned fancy dress parade was a failure with only four boys taking part, but the Moorabbin Band was very well received ‘playing exceedingly well’. The sheaf-throwing competition, a novelty event, attracted 24 entries. The organising committee was pleased with the attendance of people at the show. 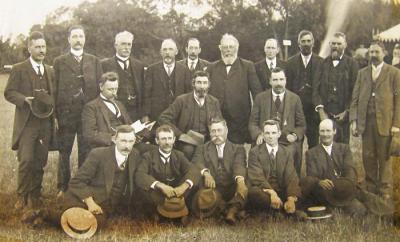 In his address in opening the 1913 show, Mr Snowball praised the location and expressed the wish that it would not change in the future. He believed the local people should work together to make it a ‘wonderful resource’ for the district. Moreover, he expressed the wish that the market gardeners would show more cohesion than in the past in organising a proper horticultural society. Unless the gardeners stuck together for the purpose of bringing the consumers to their market, prices would fall. In his view, ‘while efforts had been made to bring about better marketing conditions they had never succeeded for want of loyalty amongst the gardeners.’14

The 1915 Show drew a record number of attendees to the picturesque recreation reserve where many exhibits were housed in marquees. Judges said the quality of the display of dairy cows, livestock generally and vegetables was excellent. There were 180 entries of animals and 172 entries of poultry. The prize money and admission cost were lower this year because the committee wanted to raise £100 for the Australian Sick and Wounded Soldiers’ Fund. At the end of the day any donated exhibits were auctioned off with proceeds being added to the Fund.15

The annual meeting of the Society was held in the Cheltenham Mechanics’ Institute where it was announced that the net proceeds from the 1916 show was £75 which was forwarded to the Repatriation Fund. It was decided to hold the next show at a date to be fixed. Mr J Marriott suggested that it might be economical and advisable to hold the show alternately at Mentone and Cheltenham because of the cost involved in erecting marquees to provide accommodation at Cheltenham. The proposal failed to gain the support of the meeting.16

At the 1920 show organised by the Moorabbin Society, the Moorabbin District Brass Band performed. There was keen competition in the jumping and trotting and other mounted events. Like on previous occasions, luncheon and afternoon tea was made available along with other refreshments. It was decided by the Society when organising the events to dispense with the formal opening ceremony that had been a feature of past occasions, so as not to interfere with the afternoon’s program.

It was in the 1920s that the notion of a district show lost its appeal. Several towns in the district turned to carnivals to raise money for specific purposes of benefit to the local community. The Heatherton Carnival commenced in 1921 with the goal of raising money to build a new and larger community hall at the recreation reserve. It was conducted each year until 1971, but by that time vastly more had been achieved than just paying for the building of a hall. Following the trend, the Moorabbin Carnival was organised in 1923 to raise money for ground improvements at Moorabbin’s Recreation Reserve where part of the program included horse events. Buses were arranged to take carnival goers from the Moorabbin and Highett railway stations.17

In 1930, enthusiasts meeting in the Cheltenham Mechanics’ Institute decided to form a Cheltenham and District Poultry and Pigeon Society.18 Their first exhibition was held in August of that year when all classes of poultry, pigeons and ducks were exhibited. A distinctive feature of the show was a provision for novice poultry breeders who had never won a prize in open competition.19

All these shows and those that came before were great community occasions, bringing people together and showcasing the achievements of the district.