The diary of a local man killed in the carnage of the First World War has finally come home. It gives a glimpse into life on the battlefield for an Australian soldier.

Claude Nuttall was born in 1895. He attended Cheltenham State School and was active in the Cheltenham community playing in a junior football team and participating in the activities of the local Church of England. In 1915 he enlisted in the Australian army a few days after his twentieth birthday and was assigned to the 23rd Battalion.

After a short stay in Egypt, the battalion moved to the Western Front to face the threat of the invading German Army. Claude, together with three colleagues, was decorated by King George V with the Military Medal for rescuing two wounded soldiers in a very dangerous situation in front of the German lines. 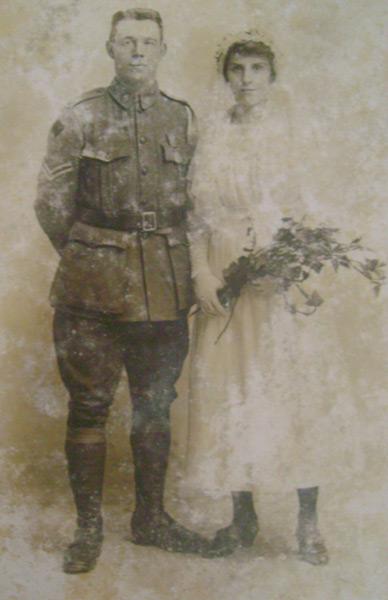 Wedding photograph of Corporal Nuttall and his bride Violet Palfreyman at parish church of Wordsley, England.

Later, wounded in the right leg, he was sent to a hospital in Stourbridge, England to recover. At Stourbridge he met and became engaged to a young English girl named Violet Palfreyman who took sweets and cigarettes to the hospital’s patients. They married on 25 March 1918 in a small village church at Wordsley and spent a little more than thirty days together before Claude was ordered to re-join his battalion in France. There he was killed in action on 13 August 1918, only three months before an armistice was finally declared and fighting ceased. 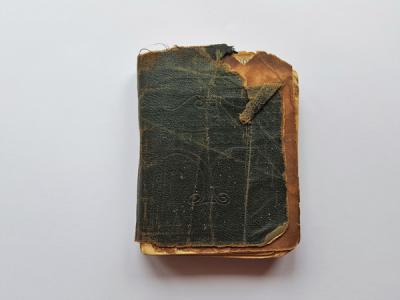 The cover of Claude’s diary.

From 1 January 1918 Claude kept a daily diary in a small green-covered book. In it he wrote of lectures and parades, and other military activities he was engaged in as a corporal, breakfasts of chips and bacon which he enjoyed, a visit to a cathedral one Sunday, playing billiards and attending films. His writing conveys the simple and often monotonous life of a soldier involved in trench warfare during World War One. Very frequent reference was made to letters received from Australia and letters written and sent, particularly to Violet, his young wife.

Claude wrote of the time a German shell landed two feet from him, but he was unhurt. He also described the day that Australia’s General Monash arrived with two French generals to view captured German guns, and the occasion when some ’Yanks’ came ‘to observe to gain experience from our boys’.

Towards the last entries in the diary, Claude wrote of conditions in the dugout.

Stood to all night. Rained like the devil all the time. Our dugout got very wet. About 8 p.m. Fritz opened up a bombardment and dropped a shell into our trench wounding two and filled our dugout with mud and dirt. Letter from Vi.

The last entry was written on 10 August 1918 recounting some military successes.

Heavy bombardment by our guns. Push still in progress. Started letter to Vi. 11 ¼ inch gun captured by 31st Btn and train came back from forward. Packed up ready to move forward again. Prisoners still coming back. Wrote to Violet.

The next pages of the diary were blank.

The diary came to light when Colin Reid advertised for photographs and information about individuals from the ‘Black Country’ who served in World War One. At that time Colin was curator/manager of the Dudley Museum in the UK’s West Midlands and was arranging an exhibition of memorabilia relevant to the 80th Anniversary of the 1916 Somme campaign. A young man, Alan Southall, came forward with a small damaged green-covered diary which he had treasured for many years having found it on a rubbish tip when he was twelve years old.

Colin decided to explore the story of the diary and the man who wrote it. Through his contact with the Australian War Memorial in Canberra, he learned of Claude's death along with the circumstances surrounding it, and reported it in a newspaper article announcing his investigations. English relatives responded with additional information. Ten years later he was able to track down Claude's nephew and niece in Victoria with the assistance of Jessie Brent. 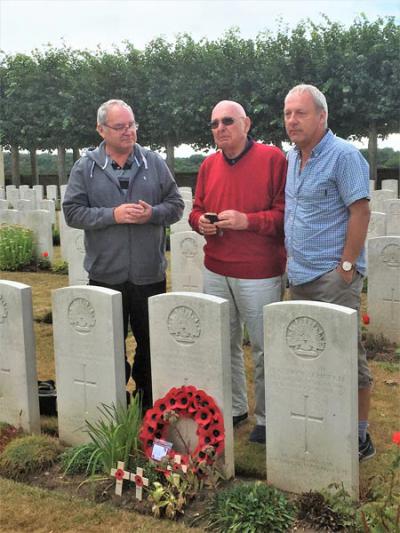 In 2018, Arthur Thomas journeyed to France to see Claude Nuttall’s grave in the Heath Cemetery one and a half miles north of Harbonnieres. There he was joined by Colin Reid and Alan Southall - Alan, now in his fifties. Colin showed Claude’s diary to Arthur. For Arthur it was an emotional occasion. Colin was writing a book about Claude Nuttall and asked that he be able to hold the diary until the planned publication of the book in mid-June 2019, when it would be returned to Claude’s Australian family. 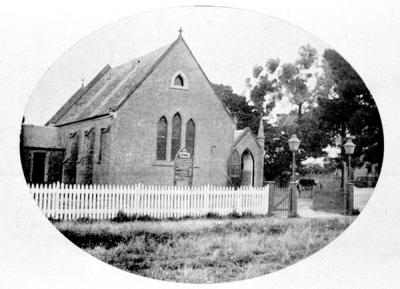 Just prior to the signing of the armistice in Europe in 1918, a memorial service to remember the sacrifice that Claude made was held in his parish church, St Matthew’s Church of England, Cheltenham. One hundred years later, on 11 November 2018, in the new church of St Matthew’s, the centenary of the armistice of that great human catastrophe was remembered. Relatives of Claude were present including one visitor, Robert Smart, from England, who was representing Violet's family.

The story of Claude was retold and at its conclusion Arthur Thomas was invited by the vicar to join him at the altar. There Arthur was presented with a black leather-covered box sent from England by Colin Reid. On opening the box Arthur found Claude’s green-covered damaged diary. Not having been warned of Colin’s plan, receiving the unexpected gift proved a very emotional moment for Arthur and for many others in the congregation.

The following photographs show some of the entries in the diary. The Nuttall family plan to pass the diary to the Australian War Memorial in Canberra where it will be preserved and available to be viewed by future generations interested in the First World War and its impact upon individuals. 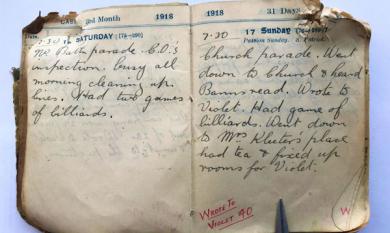 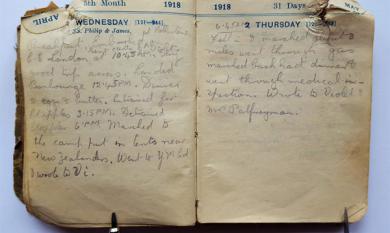 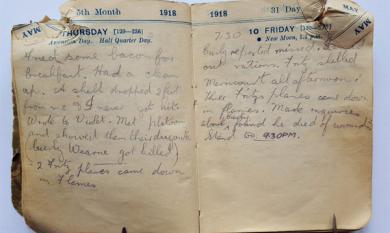 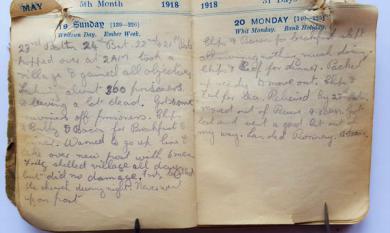 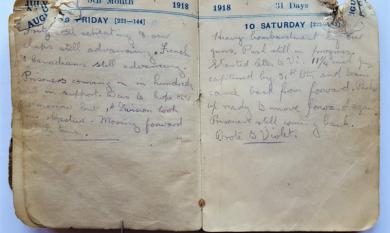 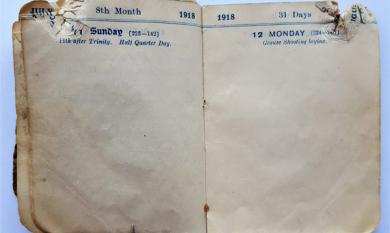