William Coleman arrived in Melbourne on 16 December 1841. Born in Gloucester, England in 1820, he travelled on the ship Ward Chipman from Bristol. The ship records note that William was an unmarried Protestant labourer who could read and write [Other members of his family were with him on the ship]. As a bounty immigrant his passage was paid for by a colonist who employed him and was reimbursed by the government for all or part of the cost of the passage.

William Coleman took up residence in East Collingwood where he met and later married Mary Ann Chapman at St James' Church of England, Melbourne, on the twenty third day of December 1844. 1 She was born in Oxfordshire England and married at twenty-three. Both bride and groom signed the register.

Their first child was born in Collingwood in 1846 and died there aged two. The second child named William Alfred was born in Collingwood on 9 October 1850 and later baptised in St Peter’s Church of England, Eastern Hill, Melbourne. His father’s occupation at that time was noted as shopkeeper. Sally Ann was the third child and first girl born on 23 May 1854 to William and Mary Ann Coleman. Like her older siblings, she was born in Collingwood. On this occasion, William’s occupation was noted as Gentleman. Two years later Elizabeth (Mary Ann Elizabeth Jane) was born at the family residence in Bedford Street, Collingwood. Then followed three daughters born in Mordialloc, the first in August 1862 an unnamed girl, the second, Jane, in 1863, and Emily Jane the same year, but who lived for only 5 months. 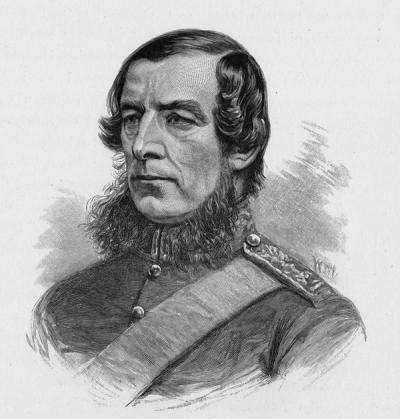 In 1856, a news item in The Argus announcing the birth of Elizabeth noted William’s membership of the East Collingwood Council. 2 He had been elected in 1855, a member of the first council for the district. Later the council was renamed Collingwood Council. In 1857 he was obliged to retire and face re-election if he wished. Two other councillors were retiring at the same time as it was a requirement that councillors retired in rotation. A notice to this effect was published to ratepayers in The Argus of 18 September 1857. While a councillor, he signed a petition, along with one hundred other individuals, to the Mayor of Melbourne asking him to convene a public meeting to consider memorialising the Queen for a concession for colonists of Victoria to elect their own governor. 3 At that time, the governor was Sir Henry Barkly sent from Britain, as for many years were succeeding governors. Today, distinguished Australian residents fill the role, but are not yet elected by ‘colonists’ as the petitioners asked.

Early in his arrival in Melbourne, William Coleman started acquiring land. In 1848 he had three allotments in Warrnambool, each of two roods (2 roods is equivalent to half and acre). In that same year he had a two rood allotment at Violet Creek. By the end of 1854, he had four allotments at Oakleigh and three at Portarlington, all of two roods in area. Land of larger dimensions was acquired in Doutta Galla, Frankston, Jika Jika, and Moorabbin. In September 1855 he purchased allotment 19 Section 24, consisting of twenty six acres in Mordialloc stretching from Como Parade West to Beach Road. There William built a two storey brick building, and one wooden cottage with outhouses.

By 1862, William and his family were living in Mordialloc. William purchased lot 12A in the parish of Lyndhurst, on the southern bank of the Mordialloc Creek, and started to build a weatherboard two room pub. He gained a beer licence on 30 October 1868. In 1870 he commenced the building of a two storey structure described as a building with three wrought iron lace-work balconies facing the main road, the creek and the sea. It had solid bluestone cellars below it. According to Frank McGuire, it was the oldest building in the City of Chelsea in the 1980s. 4

By 1873, William had leased the proprietorship of the Bridge Hotel to Charles Marson, a veterinary surgeon who advertised in The Argus, pointing out that the building had been thoroughly renovated, had rooms of grand proportions, was in close proximity to the beach and jetty, and was a desirable residence for visitors and invalids. In addition, ‘there was good stabling and a careful groom’. [The Argus, 17 November 1873]. A little more than a month later, two days before Christmas, it was reported in The Argus that Marson was applying for a publican’s license at the Cheltenham Court for the Marson’s Bridge Hotel, a hotel ‘containing ten rooms exclusive of those required for use of family’. 5

Bloxsidge Hotel, known today as the Bridge Hotel, Mordialloc. Facing Port Phillip Bay with the village of Mordialloc to the left.

Charles Marson did not stay long as the proprietor of the Bridge, for in 1874 Richard Bloxsidge moved with his family from the Mordialloc Hotel to the leased Bridge Hotel taking up the role of publican. The Bloxsidges stayed until 1884 and played hosts to politicians, councillors, and paying guests celebrating the opening of the railway line to Mordialloc in 1881. 6 Richard Bloxsidge was an elected member of the Shire Council of Moorabbin serving for several years. 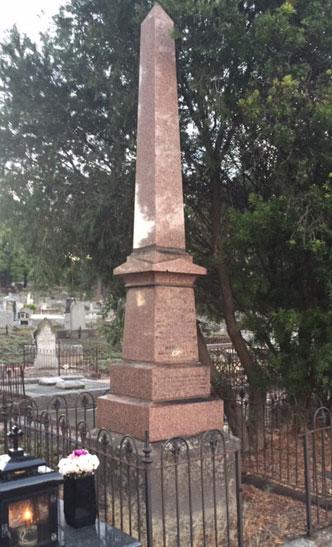 Grave of William and Mary Jane Coleman in the Pioneer Cemetery, Cheltenham.

Mary Ann Coleman, William’s wife, died on 19 August 1872, in Mordialloc, of apoplexy (a cerebral haemorrhage or stroke) when 49 years of age. She was buried at the Cheltenham Cemetery (Pioneer Cemetery) three days later with the interment conducted by the Rev William Singleton, the first vicar of St Matthew’s Church of England, Cheltenham.

William Coleman himself died a few years later, on 27 August 1878, when fifty-eight years of age, at his home Bowong-House in Mordialloc. The cause of his death was recorded as kidney disease. Like his wife he too was buried at Cheltenham, but with the service conducted by the Rev Henry Plow Kane, the then vicar of the local Church of England. The informant registering his death was his friend, Samuel Mundy.

It was Samuel Mundy, farmer of Mentone, and Charles Rowand, a civil engineer of Drouin, who William appointed as executors of his estate [When Rowand was nominated he was resident in Toorak]. At the time of his death, William’s real estate was valued at not more than nine thousand three hundred and seventy eight pounds twelve shillings, and personal property not exceeding in value the sum of two hundred and ninety pounds. 7 William Coleman was a wealthy man by the standards of the day.

In his will, William acknowledged his second wife Charlotte Coleman (nee Job) and a son, John Walter Job Coleman. Charlotte was a resident of Collingwood and married William at St Peter’s Church of England at Eastern Hill in 1874. William bequeathed all his household furniture and a legacy held in trust for twenty pounds to Charlotte as well as two bluestone cottages in bad repair and one wooden cottage in Collingwood. In addition, he directed his trustees to allow his widow to live rent free in the Mordialloc Beach Road property of twenty six acres for five years after his death.

After five years that property was to be available to his daughter, Mary Ann Elizabeth Jane Coleman. Another property in Mordialloc, Allotment Two Section Eleven fronting Main Street, went to his son, John Walter Coleman, and was to be managed by the executors until John attained the age of 21. The elder son, William Alfred Coleman, inherited land in the parish of Lyndhurst, on part of which was built the Bridge Hotel and twenty five acres of land at Frankston. In the will, William Coleman also made provision for any future children born to his wife up to nine months after his own death.

William Coleman foresaw the possibility that an executor of his will may have to be replaced through death, absence from the colony of Victoria for more than six calendar months, becoming incapable of acting, or simply wanting to escape the burden of continuing in the role. In February 1899, Edwin Thomas Penny, the husband of Sally Ann Coleman, the eldest daughter of William, became a trustee of the Coleman estate when Samuel Mundy retired from the role after 21 years’ service. 8

The reason for Mundy’s retirement in 1898 is unknown, but it may have related to his age and the burdens and responsibilities related to the role. In 1894, William Alfred Coleman challenged, in the Supreme Court of Victoria, the decisions and work of Samuel Mundy and Charles Rowand, as executors of his father’s will, claiming the rents and profits received by them from the operation of the Bridge Hotel were not properly accounted for nor passed to him. Moreover, he challenged expenditure on the property by the trustees to achieve modifications requested by the licensing Inspector so that the liquor licence could be maintained, payments for insurance and the cutting down of trees which William believed depreciated the value of the property. 9

The Bridge Hotel, with modern additions, continues to exist on the bank of the Mordialloc Creek with staff serving customers more than 150 years since William Coleman first established it in two rooms in 1862.