Seawall at Mentone and Beaumaris cliffs at bottom of McBean Ramp, c1940.

Controversy blossomed when the Mordialloc City council announced on 9 June 1969 a plan worth $1 million to build a marina at the base of the Beach Road cliff between Cromer and Charman roads. The plan was to reclaim 24 acres of land from the sea to develop a marina and public facilities. Included in the plan was an eight acre section to be leased though a tender process for private purposes. The stimulus for the proposal originally came from the Board of Works which was concerned about serious cliff erosion and was considering the construction of a 15 foot wide sea wall, filled to nine feet above the low water mark and varying in distance from 21 feet to 15 feet from the cliff face. 1 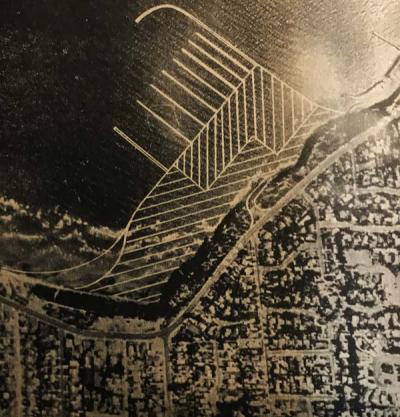 Aerial view of the marina planned by Mordialloc Council for Beaumaris, 1969.

Mrs Cath Davis writing to the Mordialloc-Chelsea News said that the proposal was out and out vandalism. For her the location was one of the most naturally beautiful places left along the Bay and condemned the earlier building of the Beaumaris Motor Yacht Club for destroying a pretty section of the bush track. 2 Another writer, R Sinclair, agreed with her. He was concerned that the proposal would further despoil the natural beauty of the area and in addition restrict the recreational usage of a ‘considerable area of public foreshore to a comparatively few who pay fees to produce profit.’ 3

Cr Hawkins, the chairperson of a council sub-committee, pointed out that with the growth of population there was growing pressure on Council to provide more facilities for the public, including launching ramps. Moreover, he said, the proposal would provide a new bathing beach in an area where seaweed mounted up and rotted in the summer causing an objectionable odour. 4 While noting if a boat ramp was necessary to serve boat owners, S McGregor argued that it could be built on the Mordialloc Creek. 5 W Kirby of Parkdale reminded readers of the News that the municipality of Mordialloc had no public boat launching ramp, yet he believed the Mordialloc Creek must be one of the most popular and frequented small boating and fishing resorts in the State.6 F L Skinner, an aspiring politician [endorsed Democratic Labor Party candidate for Isaacs at the time] agreed that the boat owners’ need must be considered, but believed another suitable site had to be found to avoid the alienation of some of the beautiful foreshore. 7 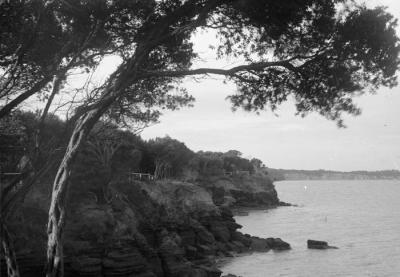 A small group of people formed themselves into a committee known as the Mordialloc-Beaumaris Coastline Conservation Committee to strongly oppose the council’s proposal. Charles Moore, its president, argued that a council which was short of money should not adopt a proposal which would cause upheaval to the lives of residents. 8 It was his belief that the project could be as ‘financially disastrous as the Sydney Opera House’ costing much more than the proposed $1 million. 9 He went on to say that the council should not proceed with the destruction of the district’s heritage.

More than 250 ratepayers attended a stormy meeting of Mordialloc Council in early July 1969 to make their views known to councillors against the proposed marina. They wanted the natural beauty of the Beaumaris environment preserved. The local newspaper made known that only seven ratepayers at the meeting supported the implementation of the proposal. 10

At a subsequent meeting on 16 July 1967 more than 50 people packed the public gallery shouting comments and interjections while councillors debated whether or not to postpone a decision. About 30 letters and petitions were received with six letters and four petitions expressing support for the project. There was also a petition favouring a marina and recreation ground in Mordialloc.

Charles Moore of the Mordialloc-Beaumaris Coastline Conservation Committee described the marina/recreation ground petition as ‘a flagrant misrepresentation put forward by the agents of a private pressure group.’ The councillors agreed that the petition could not be viewed as a true indication of ratepayers’ feelings, but pleaded feelings of unwanted public pressure and deferred accepting or rejecting the proposal. 11

At a further meeting in August, council once again deferred making a decision. 12 The Mayor, Cr Bill Templeton, said the council could not make any moves on the marina until all information, including the advice of the Victoria Police on the controversial ‘private petition’ , was received. 13 Mr John Iggulden, of the now-named Mordialloc-Beaumaris Conservation League, told council that any decision to dump one million tons of rock and filling into one of the last unspoiled remnants of the Bay coastline would constitute an act of wholesale vandalism. 14 By 24 September 1969 the proposal for a Beaumaris marina was abandoned.

Nevertheless, the Beaumaris Motor Yacht Squadron members had not abandoned their own dream of a marina. In 2009, after considering their financial situation, the Squadron planned to re-develop their site to provide a new club house, function rooms, improved public access to the foreshore, and additional parking. In addition, the concept was to create an all-weather safe harbour for members and others which included 120 floating marine berths and 78 dry-stacking berths plus a multi-land boat ramp. 15 The Commodore of the Beaumaris Motor Yacht Squadron, Brian McNaughton, reaffirmed in 2015 ‘the central objective of the original proposal was to cater for the growing needs of its 700 members and the general boating community, while at the same time minimising any environmental effects in Beaumaris Bay and surrounding areas. 16 The project, to be fully funded by members of the BMYS, was expected to cost $21 million. Once again those opposed to the development of a marina voiced their views and the project was put on hold.

In 2014, the Department of Transport, Planning, and Local Infrastructure commenced the preparation of an environmental impact statement. This was seen by some as the first stage in achieving the ultimate goal of the yacht club - an expanded marina. Others saw it as the way to ensure the protection of the fossils and other geographic relics found on the site of the proposed development. Dr Karalis, president of the Sandringham Foreshore Association, explained the area needed to be protected for further research. 17

A little more than four years later, it was announced that work on the environmental effects statement (EES) had ceased. In February 2019, the Commodore acknowledged that the Beaumaris Motor Yacht Squadron proposal for the development of a marina would not proceed. 18