Leo Gamble was always fascinated by history and particularly the history of the Mentone area where he grew up. He made an exhaustive study of early local newspapers, eventually combing through every issue of the Mordialloc City News. His knowledge of our local history was unparalleled and he presented it to the community in several significant books, all of which are eminently readable.

Leo died in February at 86 years of age at a Mordialloc aged care home, having lived in Mentone for more than 80 of those years. 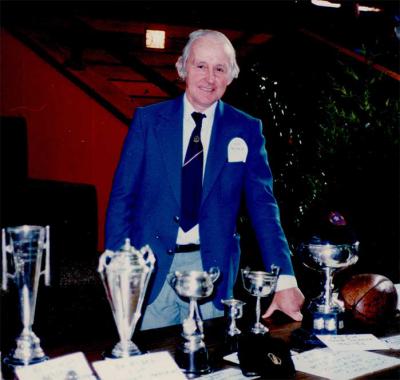 His parents encouraged his education at St Bede's College Mentone and in 1953 he won a Secondary Teaching Studentship which enabled him to study commerce at Melbourne University. Leo was proud of his entrance to university as this was an unusual achievement in those days, especially as he was the only studentship holder from St Bede's college in that year.

As well as being a historian Leo was an avid Collingwood supporter, a determined and competitive golfer, cricketer, a formidable squash opponent, and a medal winning athlete in his youth. He became a football captain-coach at age 20, and later a premiership football coach. He taught economics and English at St Bede's where he was one of the first lay teachers employed alongside the De La Salle brothers. Previously as a student he had been dux of that school.

Leo was not one to quit easily. A former student 30 years younger recalls that their squash matches were played "to the death". During a disappointing season as football coach at St Bede's, he berated the team with "you’re so slow that even I could beat you". Leo was in his later thirties at the time so his charges were 20 years his junior. No matter, the challenge was accepted, a race was held between Leo and a few of the faster lads, only one of whom was able to outrun him. The contest is said to have attracted a sizeable book on the side, although confirmation is hard to obtain. 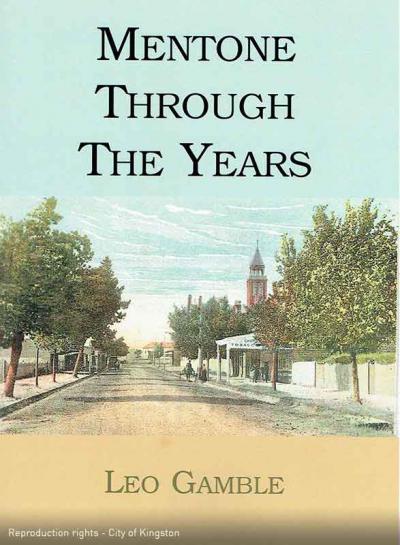 His skill with the English language and his ability to string words together in an interesting and readable fashion were widely acknowledged. This and Leo's interest in local history led him to author four substantial books, leaving behind a wonderful collection of historical research and stories about the Mentone-Mordialloc area in a way that will continue to benefit future generations. The books are:

He also wrote a large number of articles for the Kingston Historical website and was a well-loved and long serving president and secretary of the Mordialloc & District Historical Society.

His skill with words and history was particularly noticed in 2006 when Leo presented to Heritage Victoria on the importance of adding the Mentone railway station to the State Heritage Register. The Executive Director and advisers normally ponder a decision on registration over days or weeks, but those present recall that this decision was made as soon as Leo finished speaking, such was the obvious passion in his presentation and the impression he made on the panel.

He had many friends and was a caring person with a strong sense of social justice. Unsurprisingly he was a regular correspondent to The Age newspaper.

We will all miss him. As we read his words we will be ever grateful for the significant local history collection he has left for us and for future generations.