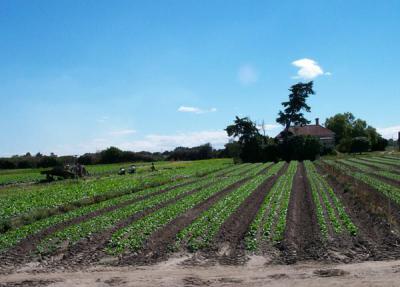 In 1897 a group of men in the Shire of Moorabbin formed a committee named the Promotion of Rural Industries to promote and encourage rural industries in the district. The president of the committee was Cr Robert Mills with Cr David Abbott and Mr W T C Kelly filling the two vice president positions. It was a time when the market gardening industry was in a depressing state; there was an oversupply of vegetables and the growers said the financial return did not warrant the effort required to produce them. 1

The committee sent a delegation to meet with the Minister of Agriculture to propose the establishment of an experimental farm at Cheltenham to cultivate scent and oil bearing plants. With some support from the Minister the farm was set up in Herald Street Cheltenham under the management of Mr Hunt and the support of the Agriculture Department. Some success was claimed in that it was demonstrated that scent plants could be grown successfully in the sandy soil of Cheltenham. This happened despite some poor weather conditions and scarcity of water but the experiment ceased due to lack of interest and community inaction. 2

It was in 1908 that the Moorabbin Horticultural Society, at its annual meeting, decided to send a letter to Thomas Bent, Premier and Treasurer of Victoria, asking him to carry out his promise to set up an experimental farm in the Moorabbin shire while at the same time approaching the government with the request that an experimental farm be established at Cheltenham. 3 This new initiative in Cheltenham was not to repeat the disappointments of the 1890s scent farm, but to explore various market gardening produces, test the suitability of various manures and the amount required for top dressing; these were matters of great interest to market gardeners on the sand belt. 4 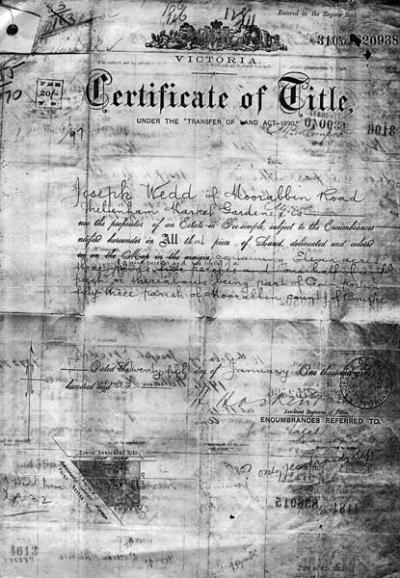 Joseph Wedd’s Certificate of Title for his land on the corner of Centre Dandenong Road and Point Nepean Road, Cheltenham 25 January, 1906.

An expert from the Agriculture Department, F E Lee, visited Cheltenham to inspect possible sites for the farm that could be leased for three or five years. The final decision, however, rested with the local horticultural society. Initially, the Wedd site on the South East corner of Centre Dandenong and Point Nepean roads was strongly favoured and finally selected.

It was agreed that four acres of Joseph Wedd’s property be set aside as an experimental farm conducted by him in association with officers from the Agriculture Department. The expectation was that experimentation would be conducted over a three year period with the possibility of an extension if the results were satisfactory. 5

After six months Mr Lee revealed results of the farm at a meeting of more than forty growers at the Cheltenham Mechanics’ Hall. He explained that the Department wanted to find out what was the greatest amount of money that could be made from an acre of land. He said gardeners also manured very heavily, and if the Department showed that this was not necessary, then money would be saved. It was found that half grown onions fertilised with nitrate of soda did best, followed by those fertilised with sulphate of ammonia. Use of blood and bone on the crop was next best, followed by onions not treated with manure of any description. 6 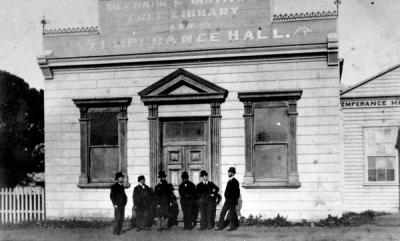 Mr Seymour, the potato expert from the Agriculture Department, spoke to the meeting about various potato varieties that had been tested. They came with a colourful set of names including; Windsor Castle, Lapstone Kidney, Fox Seedlings, Vanguard, Bismarck, Carmen, Clarke’s Main, Sutton’s Abundance, Black Prince, Up to Date, and Early Northern. Each variety was assessed on various characteristics and noted as being an early maturing potato, a heavy cropper, nicely shaped tubers, good flavour, suitable as an autumn crop, or a good boiler.

In April 1909 the Moorabbin Horticulture Society invited members of the public to visit the experimental farm at Cheltenham. A small group of individuals took up the invitation and learned that recent rains had played havoc with some crops and aphides were attacking the cauliflowers and turnips. They also heard that stable manure, and super phosphate were giving the best results, but ploughed-in green manure (pea plants) was also being used. Sugar beet was grown successfully on the poorest of soils and without manure but the price being offered for the crop by the Department was too low to even meet labour costs. Consequently, gardeners were not interested in growing them. It was forecast that the healthy ti-tree hedge five feet high, grown over the previous two years would protect crops from the winds that swept over the ground from the south, therefore resulting in better crops in the future. 7

In February 1910, Mr Lee of the Agriculture Department spoke to a meagre attendance of gardeners on the results achieved at the experimental farm over the previous twelve months. He prefaced his remarks saying he was aware of the difficulties that gardeners had to contend with and officers of the Department did not subscribe to the view that they knew everything and the gardeners knew nothing, however, he held the opinion that gardeners used more manure than was necessary. He was astonished at the diversity of views, sometimes contrary to one another, on the manuring of vegetables. He acknowledged that manure affects both the growth and quality of the product, and quality affects the price. Gardeners were too busy to keep records and conduct experiments so this was a role for the experimental farm, he said. 8

Mr Lee reported a larger yield was achieved with onions when nitrate of soda was used; potash was successful with cabbages and lime made a difference to the flavour of cucumbers. Lime was also successful with tomatoes. Gardeners present at the meeting offered their observations. Mr Barnett thought it was a waste of time to apply nitrate of soda on a crop during dry weather. For him, the soil had to be wet. Others suggested when applied in wet weather nitrate of soda was simply washed through the soil before the plants could benefit from it. Wedd, Allnutt, Morey, Barney and other growers present indicated a preference to use nitrate during the prevalence of light showers. Mr McKittrick thought more attention should be given to green manuring. If this was done he believed a lot of weary searching and heavy cartage of stable manure would be saved, and gardeners would not be regarded any longer as the scavengers of Melbourne. 9

Concluding his remarks, Mr Lee announced that he was retiring from the project to take up a promotion position in the Small Holdings branch of the Department. However, he assured his audience that he would promote the findings of the Cheltenham experiments in other districts in which he found himself employed. There was a place for more experimental farms, he believed, but their establishment was being held back by the inability of the Department to find managers of the calibre of the Cheltenham manager, Mr Wedd. 10

Less than fifteen months after the Cheltenham meeting a major reorganisation of the Department of Agriculture was announced. Staff changes were involved and large cost savings were expected. Twenty three branches in the Department were to be reduced to four: agriculture, stock, export and fisheries. A crucial element in the plan was the abandonment of five experimental farms; Heytesbury, Portland, Moe, Whitfield and Cheltenham. The first three were to be thrown open to settlement while Cheltenham was to be returned to the owner of the land, Mr Wedd. 11 Despite the disappointment of some, it was felt that the success with growing potatoes from sprouting seed potatoes and the recognition that artificial manures when used with stable manure gave a much higher return than stable manure alone were important achievements for the market garden community.