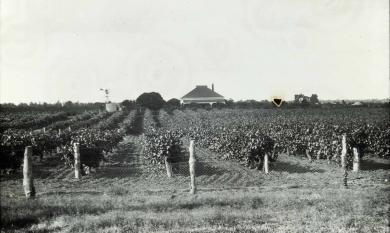 The Vineyards of Moorabbin

Tom Sheehy, the history officer for the City of Moorabbin, wrote in 1979 about grape growing in the 1850s. At one time, the Parish of Moorabbin and the neighbouring Parish of Prahran produced 157,000 pounds of grapes between them. The vines were producing table grapes, raisons, and grapes for wine making. A few years later the vines were destroyed with a disease and the land reverted to market gardening. 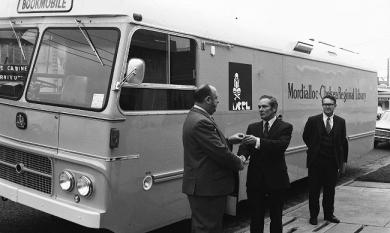 In 1971, the Chelsea Council decided to join the Mordialloc Council in providing a library service to residents. As part of this agreement was the implementation of a mobile library to reach ‘outlying settlements’. A special vehicle was designed and staffed with a route including stops at Aspendale, Edithvale, Chelsea, Bon Beach and Carrum. The communities in North Mordialloc, East Beaumaris, and East Parkdale were also to benefit. 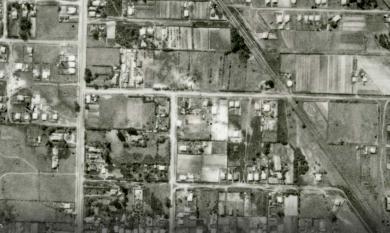 Borough of Mentone and Mordialloc
Latrobe Street
Shire of Moorabbin
Latrobe Street, Mentone, was named over one hundred and fifty years ago when it was little more than a track. Much later it became the border of two municipalities, Moorabbin and Mordialloc/Mentone. When the time came to construct the road in the 1950s, local residents argued it was a government or public road therefore they did not have to pay the cost. Ultimately the councils disagreed, and the residents lost the debate. 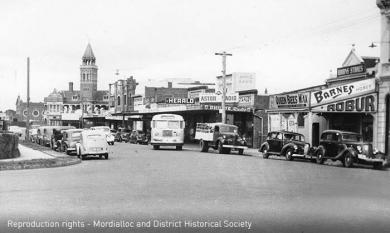 Mentone Produce
Robins Stores
Geoff Stratford continues his story about his Recollections of Robins Stores Mentone. In this addition, he writes of the Produce Store that was part of the business. Geoff also provides useful information about the term bushel and the difference among the standard bushel weights of the various grains sold.

Frank Robins
Harold Robins
Mrs Mary Jane Robins
Robins Stores
W S Smiley’s Store
William Robins
Geoff Stratford, author of Robins Store in Mentone, has fond memories of playing in its storerooms and the people who worked at the store. He recalls features of the old grocery shop which sharply contrast with shopping at the big supermarket stores today. Do you recall the broken biscuit tin, the self-service honey container, the stacking of shelves with heavy canned items on the lower levels, home delivery and the grocer behind the counter waiting to serve you dressed in a long white apron? There is much more here to stir the memory of how it was more than fifty years ago. 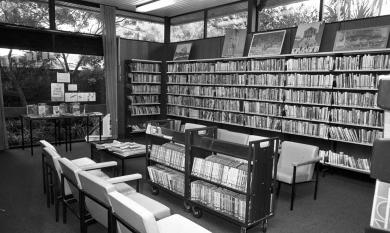 Chelsea Branch Regional Library
Chelsea Library
Cr Nola Barber
It took twenty-five years and the determination of people like Cr Nola Barber to gain a library for the municipality of Chelsea. Several of her colleagues had other priorities for the expenditure of council funds. Many residents were concerned with the expense and likely rate rises they faced with the planned connection to the sewerage scheme. They asked, ‘where would they find the extra money for a library?’ Persistence of the pro-library group paid off and Chelsea joined with Mordialloc municipality to provide a regional library service, building a library in Bath Street, Chelsea. 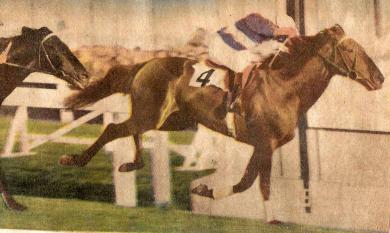 Epsom
Mentone Racecourse
John Macnaughton in his story, Joe Obriem: The Clocker, demonstrates his wide knowledge and love of racing at Mentone, Mornington, and Epsom tracks. He reveals the role played by trackers/checkers in assessing the capabilities of horses and the efforts of these men to inform the punters by writing for the Sporting Globe or broadcasting on 3UZ radio to report the latest ‘form’. In this article many local trainers are named, along with horses they trained. In his writing John draws upon the work and fascinating memories of Joe OBriem.

Changes at Mentone: A Continuing Story

Mentone Cricket Club
This article by Leo Gamble adds to his comprehensive coverage of Mentone’s history in his book, Mentone Through the Years. In this article he discusses issues that have arisen in Mentone since the year 2000 and relates them to earlier events in the district, including the rise of multi-level apartments, the change in the character of the Mentone shopping precinct and the developments in secondary education. 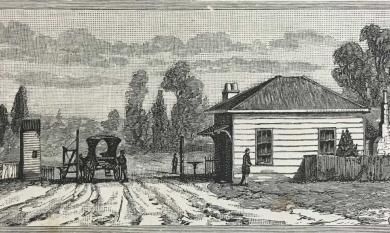 Tom Sheehy, writing in 1970 in the Mordialloc-Chelsea News, tells of some significant events in the growth of Mordialloc and Mentone. He mentions men who made their mark on our history: John O’Shanassy, Colonel Mair, Thomas Bent and Percy Dobson. There are other business men and Mrs Patrick with her drapery store. Some of the events Sheehy mentions are the first land sales at Long Beach, the building of the Mordialloc Coffee Palace, and the first attempt to control the waters of the Carrum Swamp. 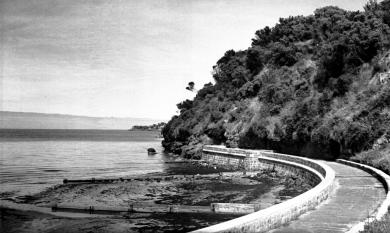 Reports claims and counter claims about the Mordialloc City Council's proposal to build a marina at the base of the Beach Road cliffs. The plan was to spend one million dollars. The plan involved the construction of a 15 foot wide seawall, filled to nine feet above the low water mark and varying in distance from 21 feet to 15 feet from the cliff face. Those opposing the plan pointed to the natural beauty of the site and argued that the proposal was for the benefit of a few. Stormy meetings took place at council but finally, after the passing of several years, the Beaumaris Motor Yacht Squadron agreed the revised proposal to develop a ‘safe harbor’ would not proceed.